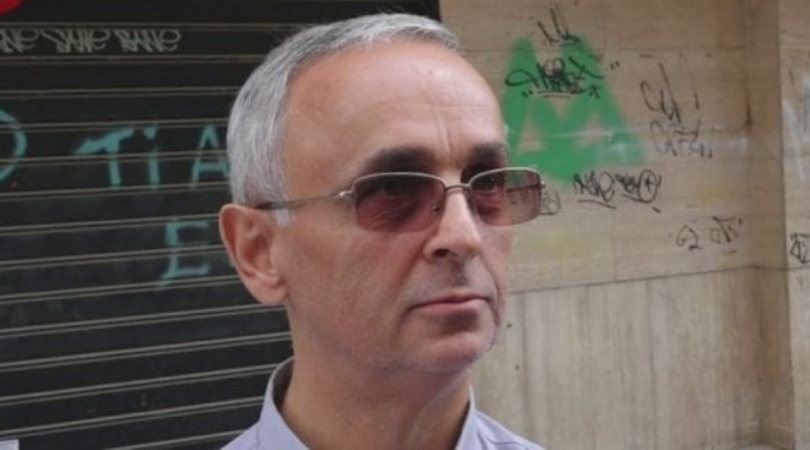 CAMPANIA, Italy (ChurchMilitant.com) - An Italian priest who sexually abused a 10-year-old girl has been arrested after his victim recorded his sexual advances on her mobile phone.

Father Michele Mottola began grooming Marina (not her real name) soon after he took up his post as parish priest of Trentola Ducenta in Campania, near Naples, in 2017.

The abuse, which lasted until February 2018, began when Marina was 10 years old.

Mottola won the trust of the child and her family by visiting them regularly and plying the girl with gifts, including a watch, a jacket and a computer.

Marina's mother soon noticed a change in her daughter's behavior. "Sometimes she stared at the void as if she wanted to vent her anger but couldn't," she told Nina Palmieri, a reporter from Le Iene TV, who exposed the predator priest.

Marina confided in two parishioners and told them she was being sexually abused. One of them recounted, "The child told me in confidence, 'You know there is someone in the parish who does things to me, it is Don Michele, he kisses me.'"

The two parishioners refused to believe Marina and so she began writing notes asking for help.

"But is what Don Michele and we do called sex?" Marina wrote.

When this failed, she decided to record her meetings with the priest on her mobile phone.

"I would keep you here from morning till night if your mother was more consenting," says Fr. Mottola in a recording, adding, "Do you know that I love you; do you want a little kiss?"

Marina tried to stop him, but he reassured her, "Look, there's nobody there. You are scared? Embrace me, kiss me."

A few days later the girl returned to the priest's apartment, just above the parish church, and began recording the abuse.

The audio has sighs and silences suddenly broken by the girl's weeping and pleading: "Enough, enough!"

At a certain point, the priest said to her, "Take this to dry yourself."

When Marina played the recordings to one of the parishioners, she asked the child to tell her mother immediately. Fearing her mother, Marina remained silent.

On Feb. 2, Marina confronted Fr. Mottola during another meeting with him.

"Those things that we do, I would like not to continue," she told him. The priest attempted to emotionally blackmail her, saying, "So you consider me a kind of mental patient if you treat me like this. I wouldn't want you to see me as one who does violence to children."

A few weeks later Marina told the priest that she has reported the matter to other parishioners. He replied, "You didn't have to do it, because now they will understand other things. Things will get very bad. I will come to your home to talk to your parents."

Marina continued to record the priest's meeting with her mother. Then the priest accused the girl of lying: "You can tell lies. Did you understand you can lie? You're like Islamic suicide bombers, throwing a bomb, killing people and leaving. The mud ends up also on your family and on you."

The girl's mother chose to believe the priest and threatened to take the girl to a mental institution.

Mottola again tried to force the girl into silence, saying, "Can you say that you have invented everything to the limit? Everything, that I took you to the bedroom ... everything. So ... we take this mess out of the way ... we pretend that it never happened, we don’t talk about it anymore, okay?"

The parishioners eventually intervened and Marina's mother finally reported the matter to the bishop.

On May 25, 2018, Bp. Angelo Spinillo of the diocese of Aversa issued Mottola with a Decree of Immediate Suspension and initiated a formal procedure submitting the priest to a canonical judicial process. He also reported the abuse to the Public Prosecutor of the Commissariat of Aversa.

"My daughter was smarter than him, she was good, eh? She was very good and I'm proud of my daughter," Marina’s mother told Palmieri, the reporter from Le Iene, a television program on the Italian channel Italia 1.

Police then arrested the priest on the order of the Court of Naples, where he remains in prison to this day.

Church Militant reported on a similar case last year involving Fr. Robert DeLand, arrested and convicted on the strength of audio recordings that captured his grooming of a 17-year-old teen boy. Like Mottola, DeLand denied the abuse, blaming the victim for making up stories about the attempted abuse.

DeLand went so far as to perjure himself on the stand during trial, claiming he had never offered the boy cigarettes or alcohol, when the audio evidence proved otherwise. It also showed his attempts to get the boy high on drugs before he sexually assaulted him.

As a result of the incriminating audio recordings, DeLand was sentenced to 2–16 years in prison. He is currently serving his time in a Michigan prison.