LONDON (ChurchMilitant.com) - A leading pro-abortionist parliamentarian has forced a blackout of pro-life advertising in her constituency and is calling on police and lawmakers to censor anti-abortion imagery.

Stella Creasy, member of Parliament (MP) for Walthamstow, who is fighting to abort babies up to 28 weeks for any reason without any medical supervision, complains how pro-lifers targeted her "explicitly for being pregnant."

The pro-life display of baby images made her feel "physically sick," says the East London Labour MP who spearheaded the vote in Britain's House of Commons to impose abortion on Northern Ireland.

"Stella Creasy is victimizing the unborn child, yet she pretends she is the victim. She claims abortion is a human right, yet she doesn't want anyone to see it," Ruth Rawlins, spokesperson for Centre for Bio-Ethical Reform (CBRUK), told Church Militant.

She claims abortion is a human right, yet she doesn't want anyone to see it.

On Saturday, CBRUK held a public education display in Walthamstow using images of a 24-week-old aborted baby girl and a nine-week living fetus alongside a photograph of Creasy. The caption on the image read: "Your MP is working hard to make this a human right."

Creasy and her pro-abortionist supporters were outraged by the graphic images of unborn babies and even vandalized and defaced one of the billboards.

London's Metropolitan Police refused to bow to the politician's pressure to censor the pro-life images after she insisted they use PSPO [Public Spaces Protection Orders] powers to move the protesters on.

Creasy then targeted the advertising company hosting the campaign billboards, asking them on Twitter: "How much did you get for this crap?"

Pro-lifers reacted with fury, accusing Creasy of contempt for life. Columnist David Robertson asked: "I'm just curious as to what exactly is 'crap'? Is that not a picture of a nine-week old baby?"

Clear Channel ad agency, however, caved in to Creasy's intimidation and removed all pro-life posters from its billboards.

"We sincerely apologise for any offence that has been caused by a recent campaign which we ran in Walthamstow on behalf of a customer. We're taking immediate action to remove this campaign," a Clear Channel spokesperson said.

CBRUK told Church Militant that they were banned from Twitter the day before the pro-life display in Walthamstow, soon after they informed Creasy of their intention to demonstrate. Brephos, a pro-life organization, said that Creasey had blocked its account.

Meanwhile, critics blasted BBC presenter Jane Garvey for her pro-abortion bias in the Radio 4 Women's Hour Tuesday morning, after she repeatedly interrupted CBRUK's Ruth Rawlins and stopped her from completing her sentences.

Creasy, who was interviewed on the same program, was allowed to defend her position and speak at length with no interruption from Garvey.

Church Militant asked Rawlins if the campaign amounted to harassment and intimidation as Creasy had claimed on the BBC. Rawlins responded:

We are targeting Stella Creasy because she is targeting the unborn child: she will remove all legal protections from them up to 28 weeks, as she seeks to overturn sections 58 and 59 of the Offences Against the Person Act. We will, in the near future, be holding other MPs to account who are seeking the same end.

How can it be "harassment" to have that which you are energetically campaigning for publicly and graphically portrayed? We talk about "snowflake" millennials but some of our MPs are even less thick-skinned. Only the worst and most corrupt kind of politician is angered by the reality of their policies being laid bare before the eyes of the public.

It reads: "Stella Creasy deliberately conceals in all her public statements and dialogue on abortion — the humanity of the unborn child and what an abortion procedure actually entails. Yet when she is speaking about her own baby in her womb, and her previous miscarriages, she speaks openly on their humanity."

The section shows a tweet from Creasy talking about how the unborn "baby can hear" as she listens to Spotify. CBRUK also says it exposes the MPs hypocrisy by showing how Creasy refers to a fetus as a baby after her miscarriage when she found her "baby's heartbeat had stopped."

Nor is she wrong to call the unborn "babies" and "children." This is not sentimental or manipulative language. The NHS calls it a "baby" from as early as 9 weeks into the pregnancy. In fact, it says that the baby is "fully formed" at 12 weeks. "All the organs … are well developed." Those in the womb are not potential lives, they are lives with potential: as Creasy describes so poignantly, the "baby" had a "heartbeat."

Earlier, Creasy publicly said: "I tried not to think about the fact my baby had died inside me" and "I can't even protect my own (i.e. unborn) child."

Creasy is now facing a backlash for attempting to curtail freedom of speech.

CBRUK said they are encouraged by the response of by many Walthamstow residents who say they had no idea of what Creasy is pushing through Parliament. One Walthamstow volunteer said: "I don't think Stella realizes that Walthamstow does not like abortion."

There is a real disconnect between the people on the street and Stella Creasy and her Twitter followers, CBRUK noted. The pro-life group also told Church Militant they were considering legal options against Clear Channel ad agency for reneging on their contract. 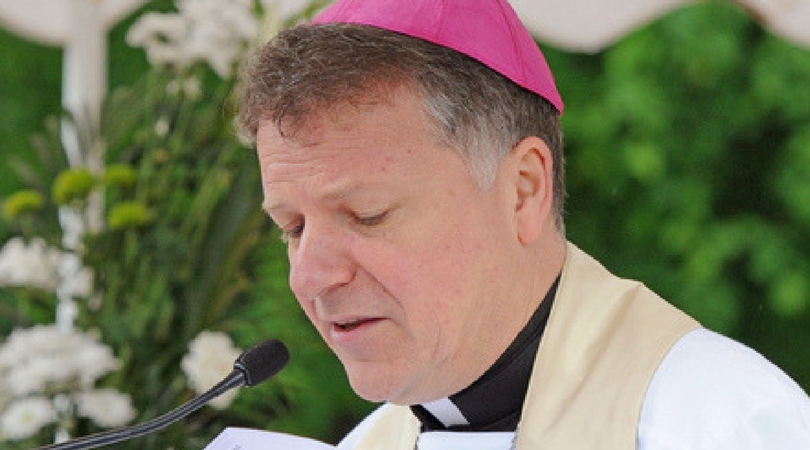