Trump Speaks Out Against Islamic Persecution of Christians

Talks about Islamic terrorism, violence against Christians in Nigeria

President Trump began by talking about international trade relations, as well as fighting corruption in Nigeria. Then, he noted, "Nigeria was one of the first African nations to join the coalition to defeat ISIS, and Nigerian forces are currently leading regional efforts against ISIS in West Africa and doing very well — as we have [too]."

He continued, "Nigeria is also leading African nations in the fight against Boko Haram, another ruthless Jihadist terrorist group."

"We've been reading about them," Trump said. "They kidnap the young girls and the young women, many of whom never are seen again. It's tough stuff."

Trump also commented on America's immigration laws, saying, "They are obsolete, and they are weak."

The president then concluded his remarks, "Finally, we are deeply concerned by religious violence in Nigeria, including the burning of churches and the killing and persecution of Christians."

"It's a horrible story," he commented.

"We encourage Nigeria, and the federal, state and local leaders, to do everything in their power to immediately secure the affected communities and to protect innocent civilians of all faiths, including Muslims and including Christians."

At another point during the press conference, Trump said to Buhari, "We've had very serious problems with Christians who have been murdered, killed in Nigeria."

Islamic terrorist group Boko Haram has wreaked destruction on some rural areas of Nigeria, killing Christians, attacking villages and capturing women and children to abuse them sell them into slavery.

Also of concern is the violence of the militant Fulani herdsmen, who have also engaged in deadly attacks on Christian villages in Nigeria.

We've had very serious problems with Christians who have been murdered, killed in Nigeria.

During Monday's events, Trump also briefly mentioned his alleged "s***hole countries" comment. He made Buhari chuckle as he said, "You do have some countries that are in very bad shape and very tough places to live in."

In January this year, a rumor spread that Trump had complained during a closed-door meeting about having to welcome migrants from "s***hole countries."

The rumor was confirmed by Illinois Democrat Sen. Dick Durbin — a nominal Catholic who has been banned by his own bishop from taking Holy Communion in his diocese.

Responding to the scandal, conservative commentators noted that Durbin has a history of lying, especially lying about closed-door meetings. Robert Laurie wrote in Canada Free Press at the time, "The fact is, Durbin likes to spread hokum when it suits his agenda."

Trump also talked about Buhari's interest in helicopters and how the United States had recently sold a few aircraft to Nigeria to help in the fight of Boko Haram. Similarly, Nigeria's federal government also recently bought two helicopters from Russia. 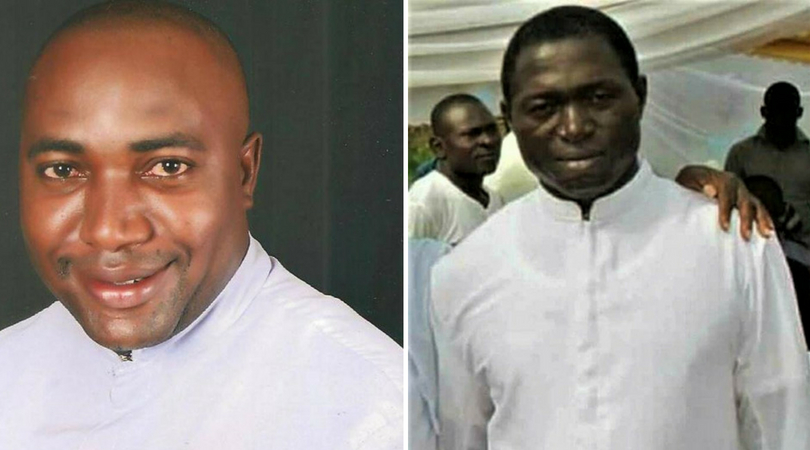