An Italian priest who fled war-torn Afghanistan with more than a dozen orphans is recounting his plight to Italian media.

Father Scalese spoke to the newspaper the day after landing in Rome on Aug. 25, saying, "I would have never returned to Italy without these children. We couldn't leave them there."

The 14 children had been cared for by a group of nuns from the Missionaries of Charity, a religious congregation founded by Mother Teresa of Calcutta. These nuns have been keeping orphans off the streets of Kabul for the last 20 years. The 14 children were between the ages of 6 and 20, with some confined to wheelchairs.

Scalese updated his followers on social media upon reaching Rome. "We thank the Lord for the success of the operation," wrote the priest in a Facebook post.

A missionary in Afghanistan for seven years, Scalese told SIR, the media arm for Italian bishops, that he was concerned after the Taliban takeover but felt safe in the Italian embassy.

"Outside the gates of our embassy, there were Taliban [fighters] who, if they had wanted to harm us, could have done so. But absolutely nothing happened," he recalled. "I was more worried about the [Missionaries] of Charity, who had remained in their homes and were, therefore, more exposed and afraid."

Outside the gates of our embassy, there were Taliban fighters who, if they had wanted to harm us, could have done so.

The Catholic missionaries and children attempted to leave a few days earlier, but were forced to turn back because, according to Scalese, "the situation was deteriorating." Scalese added the Taliban only allowed foreigners to pass through to the airport.

Pope Francis appointed Scalese to the mission — which was established by Pope St. John Paul II in 2002 — in 2014. The mission was dedicated to charitable and humanitarian works since evangelization is illegal under the State religion of Islam. Scalese explained that "conversion to other religions is a crime of apostasy."

Christian growth has been slow, even in the last 20 years. There are 40 unique groups who have come to know Christ in the Islamic country. Most people connect with local house churches in secret. Bibles are only available through underground ministry or on digital devices. If Christian converts are caught, beatings, torture, kidnappings and death are all valid punishments under the law. There are about 10,000–12,000 Christians in Afghanistan who are at extreme risk for persecution.

One anonymous Afghan Christian reflected, "How we survive daily only God knows. He knows because He has been kind to dwell with us. But we are tired of all the death around us."

If converts are caught, beatings, torture, kidnappings and death are all valid punishments.

The human rights group ADF International is urging countries to consider the "dire plight" of religious minorities in the war-torn country. Legal officer Giorgio Mazzoli wrote, "We join the call on governments to temporarily halt deportations to Afghanistan and reconsider the applications of rejected Afghan asylum seekers fearing persecution because of their faith or beliefs."

An Afghan church leader spoke to the nonprofit International Christian Concern. The leader believes the Taliban will kidnap children for sex slaves and brainwash them to be Islamic fighters.

"Definitely, they're going to kill some of the Christians," the leader continued, "[that way they can] spread that fear."

A report from Open Door USA described a girl born to Christian parents the day Kabul fell. The parents have legitimate concerns for their child being born in such turmoil — especially since she is both female and Christian. Despite the harsh realities of contemporary life in Afghanistan, the parents view the child's birth as a hopeful auspice that God hasn't given up on their country.

"If the conditions were right for a return, I would have no problem returning," said Fr. Scalese, despite the circumstances. "But it doesn't depend on me. If the Holy See believes that there are conditions to resume the mission, why not?" 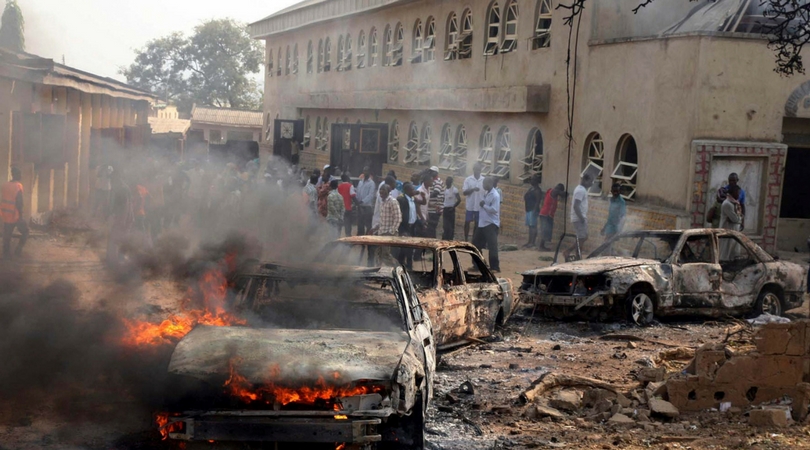