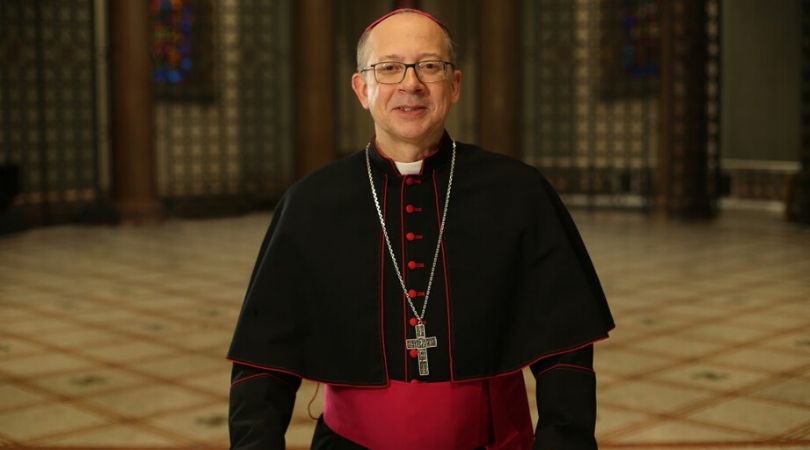 RICHMOND, Va. (ChurchMilitant.com) - Bishop Barry Knestout of the diocese of Richmond, Virginia is ordering rural parish priest Fr. Mark White to stop posting on social media and to stop writing posts on the blog he has maintained since 2008.

This is not the first cease and desist order the bishop has issued to Fr. White.

In 2018, during the Catholic Church's "Summer of Shame," Fr. White wrote an open letter to Pope Francis and posted it on his blog. Vicar General Michael Boehling contacted Fr. White and ordered him to take it down.

There were several back-and-forth communications that ultimately looped in Bp. Knestout and finally ended with the bishop falsely claiming in an official letter to Fr. White that in his blog post, Fr. White had "demanded" the pope's resignation.

Alarmed at the accusation, Fr. White requested a meeting to clarify things the bishop had written in his letter. The bishop didn't respond until 14 months later.

In November 2019, Bp. Knestout contacted Fr. White requesting a meeting. Father White asked to know the purpose of the meeting. The bishop never responded.
A few days later, on Thursday, Nov. 21, following the noon Mass, Fr. White and parishioners emerged to find their bishop and vicar general waiting. They told Fr. White they wanted a brief meeting with him.

A fruitful parish ministry ... does not require a blog.

The two men had brought a notebook with them in which they had collected all of Fr. White's posts, including all the posts written over the prior 14 months, some of which were highly critical of the Catholic hierarchy. Since Fr. White was writing for his personal blog, he felt free to express his outrage over the actions of Church leaders. Blog post titles such as the following reflect the priest's deeply-held concerns:

The outcome of the meeting was Bp. Knestout ordering Fr. White to stop all posting on social media and to remove all his prior posts.

Fr. Mark White is among other clergy being persecuted by bishops

In December, Fr. White recontacted the bishop, asking if he would reconsider his decision. He said he would not reconsider but offered to meet with Fr. White, a meeting which took place this week. Many friends and parishioners were fearful about the outcome of the meeting, thinking the bishop's discipline might extend beyond just the censorship.

The official press release from the diocese reassured Fr. White's flock and friends that his ministry with St. Joseph Catholic Church in Martinsville, Virginia and St. Francis of Assisi Catholic Church in Rocky Mount, Virginia would continue. But the bishop also said "a fruitful parish ministry ... does not require a blog."

I asked the bishop to reconsider his previous order prohibiting my blog, under threat of removal as pastor.

The key paragraph in Knestout's communication suggests the bishop's primary complaint was about tone.

Bishop Barry C. Knestout has — and continues to — support the priests of our diocese in speaking about the impact of the sexual abuse crisis with their parishioners to help heal the Body of Christ. All communications should be expressed with charity, further the gospel message and respect the dignity of all individuals. Bishop Knestout expects all clergy to express themselves in a manner that is respectful through their preaching, teaching, catechesis and counseling within their parish communities.

That is consistent with Fr. White's assessment of their meeting:

The issue of "tone" vs. "truth" is familiar to faithful people who have been following the ongoing clergy sex abuse scandal. For Fr. White, that debate is now moot. He told Church Militant, "I'm not a rebel. I'm going to be obedient."