Pope Francis is once again expressing his displeasure at what he calls rigid Catholics — Catholics who are unwilling to get with the times, according to Francis, and are simply not joyful; they're not willing to receive the joy of the Holy Spirit. They're very rigid and grouchy and mean. Church Militant's former soldier, Trey Blanton, knows a thing about rigidity and faithful service.

Pope Francis: "There's no shortage of preachers who, especially through the new means of communication, present themselves and disturb the community."

The supreme pontiff of the Church called out on June 23 priests like Fr. Francis Gloudeman, who speaks against the hypocrisy of fake Catholics.

Fr. Gloudeman: "A good example of hypocrisy would be Joe Biden. He says he’s Catholic, but he’s the opposite. He supports those things which are against Catholicism."

Father Francis also doesn't shy away from teaching his flock that it is wrong to support sin even if you’re a bishop.

Fr. Gloudeman: "Our bishop, Alberto Rojas, is one of the 14 bishops who made a big error. He was one of the 14 that signed a document saying LGBT is healthy, it's normal."

Pope Francis, however, doesn't want the Faith taught if it means correcting bishops.

Pope Francis: "Sometimes we see this maybe, even some Christian communities, or in a diocese, some who try to discredit the parish priest or the bishop. People who divide more than try and build up."

The Holy Spirit may call us to respond to the needs of the age. But Catholics know Church teaching can't change by consensus, even when strategies adjust.

Saint Olaf, king of 11th century Norway, horrifically killed pagans in his realm who fought against him to retain their demonic practices.

Padre Pio exemplified obedience in the face of unjust canonical penalties by living as Christ lived.

An increasing number of priests today are speaking out more assertively against corruption in the Church.

Fr. James Altman: "What you [Detroit archbishop Allen Vigneron] have allowed members of your chancery to do to that holy priest [Fr. Eduard Perrone] is a disgrace."

These priests, despite suffering physical and emotional abuse from other clergy, remain obedient to canon law and the higher authority of Christ Himself.

Fr. Michael Suhy: "It's an odd answer but, I think that's part of the reason why we've been sidelined. We were effectively proclaiming the gospel of Jesus Christ."

The Deposit of Faith is not a democracy. It is a truth to be preserved, even when it divides.

Pope Francis has said he wants a "listening Church." Well, the faithful are speaking. 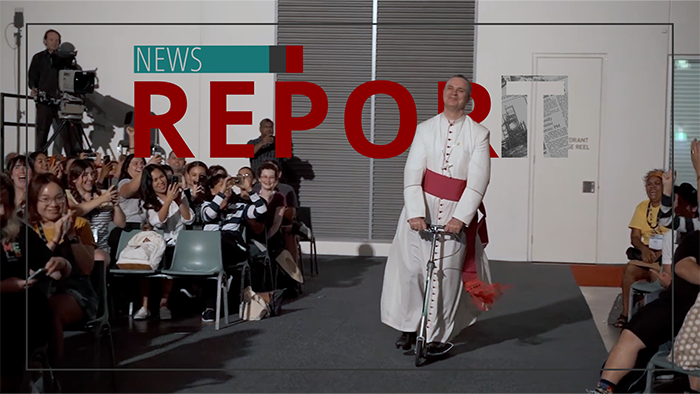 Watch
Upside Down, Down Under
By Hunter Bradford   •   0