Accompanying the viewing was a panel discussion by professors — as reported by independent student publication The Irish Rover. During that discussion, professor of Africana studies and political science Dianne Pinderhughe accused pro-lifers of wanting to control women.

"Abortion is an issue that allows for an effort to control the place of women," she said. "I'm sure you figured that out, or you wouldn't be at this event."

She continued, "Those who push so aggressively for reproduction, continued reproduction without any controls, are those who are also more likely to be in support of making sure the country stays predominantly, overwhelmingly white."

Pamela Butler, a gender studies professor at Notre Dame, had a similar assessment. She said that abortion "got politicized in a moment of a white supremacist strategy of the right wing of the Republican party to mobilize a very specific set of evangelical Christians in the United States as a base."

Matt Connell from Notre Dame Right to Life pushed back against the idea that the pro-life movement is tied to white supremacy. He told The Irish Rover:

Professor Pinderhughes' suggestion that the pro-life movement is motivated by an attempt to keep America predominantly white was puzzling, to put it mildly, given the reality that abortion disproportionately takes the lives of unborn children in minority communities in America, not to mention the deeply eugenic history of the abortion rights movement.

Butler noted that she herself was deeply involved in promoting abortion.

The documentary that was being shown, Overturning Roe, seeks to show both sides of the abortion debate. But the film has been criticized by some pro-lifers for leaning heavily in favor of those who support abortion, casting the pro-life movement as religious fanatics.

One member of the panel, history professor Karen Graubart, spoke about her own experience with in vitro fertilization. She also said she was worried that pro-life laws would cause women to travel overseas to have abortions. This added expense of traveling, she claims, would put poor women at a disadvantage if they want to seek an abortion.

"Those of us who have any access to funds are going to be able to have abortions forever," she said, while "poor women and predominantly women of color" would have a much harder time getting abortions.

Noelle Johnson of Notre Dame Right to Life challenged the pro-abortion panelists, The Irish Rover reports, asking why they did not have compassion for unborn babies.

Graubart responded by saying she does not believe unborn babies are actually human persons, going so far as to call a baby in the womb a "clump of cells."

Johnson told The Irish Rover that she was "genuinely shocked" to hear the professor use "unscientific terms" like that.

The University of Notre Dame, a Catholic university named after the Blessed Virgin Mary, has seen an eradication of authentic Catholic identity. The same is true for many Catholic colleges and universities. The campus has seen President Barack Obama give a commencement address and the normalization of artificial contraception. 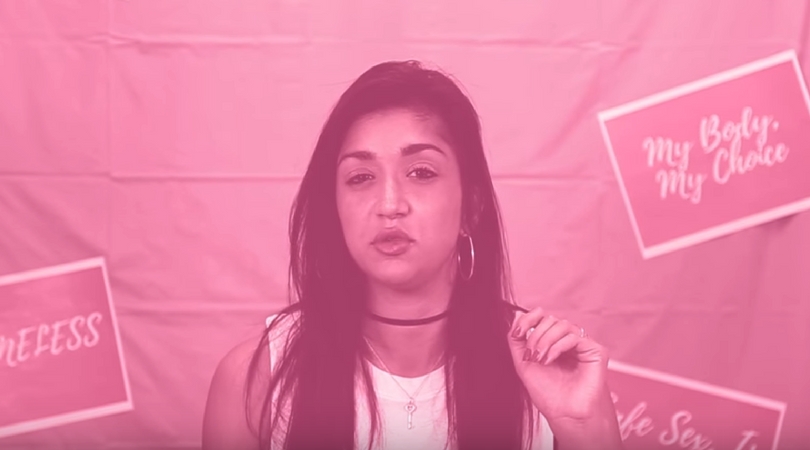