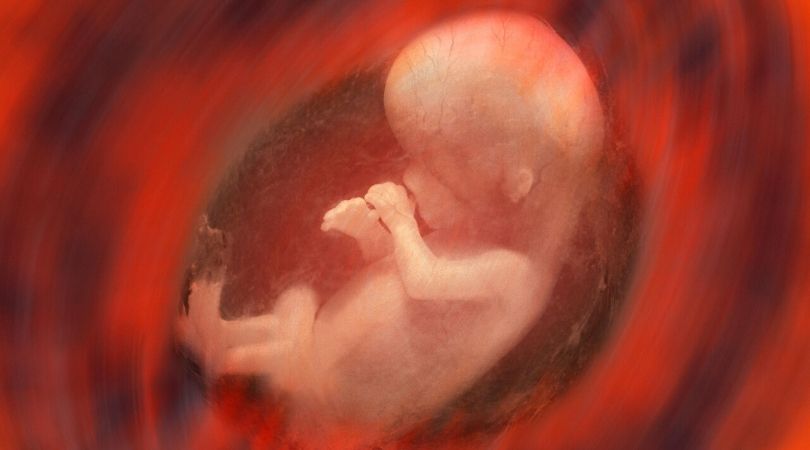 LONDON (ChurchMilitant.com) - An influential pro-abortion scientist is reversing his position on fetal pain after a groundbreaking study with a co-researcher demonstrating that unborn babies before 24 weeks gestation may be subject to pain during abortion.

The two academics with "divergent views regarding the morality of abortion" agree that fetal pain poses "a challenge to abortion providers" and to carry on in defiance of the evidence "flirts with moral recklessness."

The authors state that they "came together to write this paper through a shared sense that the neuroscientific data, especially more recent data, could not support a categorical rejection of fetal pain."

"Regardless of our stark differences on this question, we both believe that our moral views on abortion should not interfere with discussion of whether fetal pain is possible and whether the science of fetal development can rule out the possibility of fetal pain," they affirm.

Even if unborn babies do not possess "the capacity for self-reflection," the "mere experience of pain" is "morally significant," they say.

Moreover, they add that "fetal pain does not have to be equivalent to a mature adult human experience to matter morally."

Derbyshire and Bockmann explain how medical science has not been able to establish fetal pain before the second trimester, as it has thus far focused on developmental neuroscience which suggests that the cortex and intact thalamocortical tracts are necessary for pain experience.

Since the cortex only becomes functional and the tracts only develop after 24 weeks, many reports rule out fetal pain until the final trimester.

However, as recent evidence is calling into question the necessity of the cortex for pain, the neuroscience cannot definitively rule out fetal pain before 24 weeks," which is the point at which most abortions cease to be legal in most parts of the world, they argue, elaborating:

Even if the cortex is deemed necessary for pain experience, there is now good evidence that thalamic projections into the subplate, which emerge around 12 weeks' gestation, are functional and equivalent to thalamocortical projections that emerge around 24 weeks' gestation. Thus, current neuroscientific evidence supports the possibility of fetal pain before the "consensus" cut-off of 24 weeks.

The scientists also debunk the notion of a consensus ruling out fetal pain in the first two trimesters. Rather, many researchers have "speculated a lower limit for fetal pain under 20 weeks gestation." But vote counting is "not the best way to decide scientific disputes."

"Regardless of whether there ever was a consensus, however, it is now clear that the consensus is no longer tenable," they declare.

Speaking to Church Militant, Dave Brennan, CEO of pro-life organization Brephos and the Center for Bio-Ethical Reform UK, said: "We have known for years that babies in the womb feel pain. The horrifying truth is, we just don't care. We are treating innocent, healthy babies worse than criminals on death row."

Brennan said Britain's first surgery on an unborn baby with spina bifida occurred in 2018, and that the decision to operate was based on research from the United States that showed significant benefits to treating the problem in the womb as opposed to after birth. "As the Secretary of State for Health has confirmed, anesthetic is used on unborn children in such operations," he explained.

We have known for years that babies in the womb feel pain. The horrifying truth is, we just don't care.

The same year in Britain, 1,856 babies were aborted after 22 weeks, the stage at which the spina bifida operations took place under anesthetic. But they were given nothing for pain relief.

"Most were injected with potassium chloride, a poison that burns its victims alive from the inside out and is so painful that the American Veterinary Medical Association prohibits its use in euthanizing animals unless proper anesthetic has been administered first," Brennan said.

"The inconsistency is unbearable, but not nearly so unbearable as abortion itself must be," he lamented. "In this depraved nation, where we have exchanged the truth about God for a lie, this has to be one of the ugliest results — and surest proofs — of our rapid moral descent."

The researchers conclude their peer-reviewed journal by discussing how doctors performing abortions should seek to achieve analgesia (relief from pain) for the unborn child. Both "agree that it is reasonable to consider some form of fetal analgesia during later abortions."

Pro-abortion Derbyshire says he believes that "the momentary interests of the fetus as it leaves this life can be accommodated as part of a humane approach to abortion." However, pro-life Bockmann, who did postgraduate work in fetal pain, restates his belief that even with analgesia, "abortion is inherently violent and may subject the fetus to unnecessary pain and distress after the first trimester."

The published paper is a result of three years of correspondence and discussion between the two authors.

Anand argued that the brainstem is sufficient for pain experience, which is functional from around 18 weeks gestation. Anand also pointed to evidence that the brainstem can process sensory information and that anencephalic children, with profound to total loss of cortical tissue, are awake and respond to noxious stimuli. Thus Anand challenged the general consensus, discussed later, that the cortex is necessary for pain.

Wednesday marks the 46th anniversary of the Supreme Court's decision in Roe v. Wade. President Trump has declared the day as National Sanctity of Human Life Day, saying there is "more to be done" to reduce abortions.

On Friday, hundreds of thousands of Americans will come to Washington, D.C., to "March for Life."