Joe Biden: 'They're better off 'cause he lived'

At the Church of the Divine Child in Dearborn, Rep. Dingell was praised by former colleagues and clergy, who described his work in Congress as "a list of America's proudest moments."

Father Terrence Kerner, pastor of nearby St. Kateri Catholic Church, presided at the event. In his homily, Fr. Kerner noted that before dying, Dingell had asked for a light-hearted, joyful service with a "sincere liturgy." He explained the Gospel reading about the Beatitudes was chosen for its "hopeful, positive message."

Kerner suggested the service reflected Dingell's care for people during his life.

"He wanted goodness to be part of their world," the priest said.

Dingell had four children with his first wife, Helen Henebry. After divorcing Henebry in 1972, he married Debbie Insley in 1981. Dingell called his second marriage the "greatest love affair" of his life.

In keeping with the "light-hearted" theme, there was no mention of repentance of sin, though one of the prayer intentions was for the repose of Dingell's soul.

At the conclusion of the Mass, former Vice President Joe Biden gave a lengthy eulogy.

"Bless me, Father, for I'm about to sin," Biden began. Amid laughter from the pews, a voice asked, "Again?"

Biden went on to allude that Dingell was in Heaven and wanted us all to celebrate.

He framed Dingell's life work as a fight for the dignity of "every single solitary person," adding Rep. Dingell "believed everyone ... without exception, should be treated with dignity."

But during his decades in Congress, Dingell built a different legacy than the one Biden portrayed. He regularly pushed for government funding of contraception. He voted to legalize embryonic stem cell research and, later, to expand it.

In 2005, he voted against proposals restricting interstate transport of minors for abortions and to require abortion providers give parents 24-hour notice before performing the procedure on their daughters.

According to Biden, Dingell knew a job was about "being able to look your kid in the eye and say, 'Honey, it's gonna be OK.'"

Reflecting on the congressman's efforts to introduce Medicare, Biden suggested Dingell wanted to promote "peace of mind" for vulnerable Americans, saying, "He knew it would bring dignity to millions and millions of people who worked their whole lives."

Kids are great potential. Every one deserves an opportunity.

The former vice president went on to frame Dingell's legacy as one of providing opportunity to children.

"Kids are great potential," he said. "Every one deserves an opportunity to go as far as they're willing to work."

Absent from Biden's eulogy was any mention of the countless souls that were not allowed to be born because of Dingell's relentless push for government funding for contraception under the guise of health care and his failure to vote for the Pain-Capable Unborn Child Protection Act that would have banned abortion after 20 weeks.

"They're better off 'cause he lived," Biden said.

Biden also explained Dingell understood the "enormity of his duty" and said his life is like "reading a list of America's proudest moments."

His eulogy ended with something Dingell once told him: "You know you're a successful father when you turn and look at your child and know they've turned out better than you."

The service ended with Fr. Kerner saying, "We have confidence we will see him again as we go forth."

Church Militant reached out to the archdiocese of Detroit for comment but received no response.

A second funeral Mass is planned for Thursday at Holy Trinity Catholic Church in Washington, D.C. before he is interred at Arlington National Cemetery. 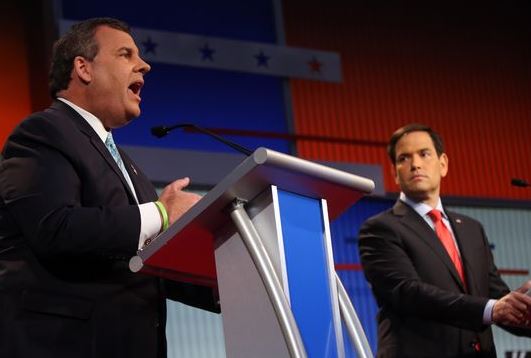