DETROIT (ChurchMilitant.com) - Dissident group Fortunate Families has an official presence at parishes in the archdiocese of Detroit, and Abp. Allen Vigneron is doing nothing to address the scandal.

Fortunate Families is a dissident organization that functions as a support group for people with LGBT family members. The group claims "that all the baptized, in the diversity of our sexual orientation, are called to full participation in the life, worship, and mission of the church."

The pro-LGBT group believes that the Church needs to change its teachings on homosexuality. Amidst the recent media hubbub over Pope Francis' change to the Catechism regarding the death penalty, Fortunate Families expressed hope that the Catechism's condemnation of homosexual activity would one day be removed. The group said on Facebook, "The church cannot change its teaching!' That is what so many say about other topics, for example regarding LGBTQ persons. But, doctrine develops. Today's news is a sterling example."

The Christ the King Fortunate Families chapter says of its mission, "Under the umbrella of the Inclusion Commission, Fortunate Families acts as an outreach to lesbian, gay, bisexual and transgender members of the community and their families."

The group's webpage also states, "Our purpose is to support other Catholic families with LGBT loved ones and to educate the wider community on the need for understanding and acceptance of LGBT people."

The pro-gay Catholic organization also has connections to the Jesuit-run Gesu Church, near the University of Detroit Mercy.

After Church Militant reported on the nation's longest-running Dignity Mass still taking place every Sunday in Detroit, a reader drew attention to Fortunate Families, referring to it as another pro-gay dissident group with a foothold in the archdiocese.

Theological dissent is deeply embedded in the archdiocese of Detroit. In the 1970s, Detroit's Cdl. John Dearden oversaw the establishment of notorious dissident group Call to Action.

In the archdiocese, retired auxiliary bishop Thomas Gumbleton has been outspoken in his support for the LGBT agenda — even presiding over Detroit Dignity's 39th anniversary Mass in 2013.

Also in 2013, when Detroit's Abp. Allen Vigneron suggested that people must accept Church teaching on sexuality in order to present themselves for Holy Communion, Bp. Gumbleton went against him and said, "Don't stop going to Communion. You're okay."

While the presence of both Fortunate Families and DignityUSA is apparently tolerated in Detroit, the pro-gay groups are openly welcomed in other dioceses in the United States.

In the archdiocese of Atlanta, Georgia — for example — Abp. Wilton Gregory allows a gay-friendly parish to march in the local LGBT pride parade year after year. Archbishop Gregory also actively welcomed Fortunate Families into his archdiocese and said of his meeting with the group's leaders, "I assured them that the Church must welcome all of her sons and daughters — no matter what their sexual orientation or life situation might be — and that we have not always done so with a spirit of compassion and understanding." 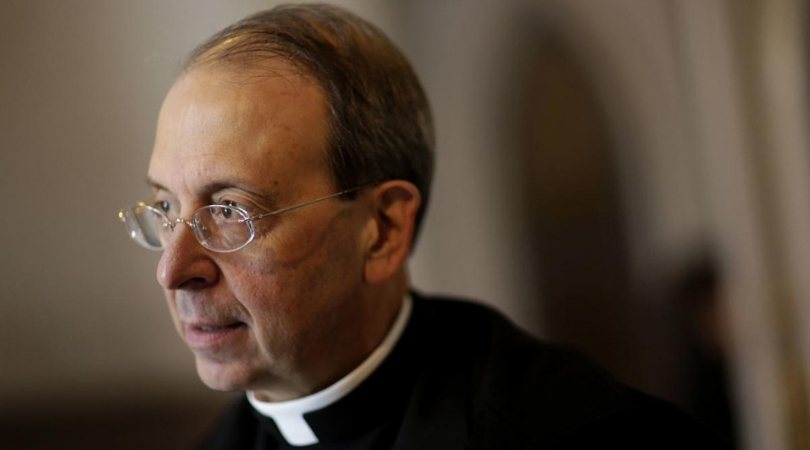