Father James Martin, the Jesuit priest best known for pushing the gay agenda, has been disinvited from speaking at the October 20 gala for the Equestrian Order of the Holy Sepulchre.

Church Militant obtained an August 29 email from H.E. Vicki Downey, Lieutenant in the order, which reads:

Greetings from the UK.

I can confirm that the invitation to Father Martin was in fact rescinded a little while ago, although we wanted to organize a replacement speaker before we made the official announcement. As I'm sure you can appreciate planning an event of such a size in New York takes a long time, and as such the invitation to Father Martin was extended last year before the most recent controversies.

The email went on to state that Fr. Benedict Kiely, founder of Nasarean.Org, will be the replacement speaker at the gala.

As Church Militant reported August 16, Knights were outraged on learning Fr. Martin had been invited to be speaker. An internal letter obtained exclusively by Church Militant, signed by Downey, had announced: "We are very pleased that Fr. James Martin, S.J., will be our keynote speaker at the Investiture Gala Dinner."

As Michael Voris said in The Vortex,

Some knights within the order are furious, spitting mad that this cleric would have been selected to give the keynote speech. This group is one of the most prestigious and noteworthy in the entire Church. It dates back to the First Crusade and is present in nations all over the world. Membership is almost exclusively reserved to the well-connected and elite. A mix of roughly 40,000 laity and clergy comprise the ranks and hierarchy of the order, and in the ceremony, they wear the instantly recognizable Cross of Jerusalem, also known as the Crusader's Cross, on their capes. In short, the order is a very prominent and illustrious group dedicated to financially assisting the Church in the Holy Land. The group is so prominent that up until the 1950s, it was personally overseen by the popes for hundreds of years, and even today a cardinal of the Church is the order's grand master.

That Grand Master, Cdl. Edwin O'Brien, is the same one implicated in a homosexual network in New York back when O'Brien was rector of St. Joseph Seminary in Dunwoodie.

Father Martin is well known as an advocate of the LGBT cause, critical of the Church for failing to be sufficiently "welcoming" to gays and transgenders, while refusing to preach on the need for chastity for those in the gay lifestyle. Martin has also advocated for same-sex marriage and disagrees with disciplining Catholic staff for violating Church teaching by entering into gay marriages. 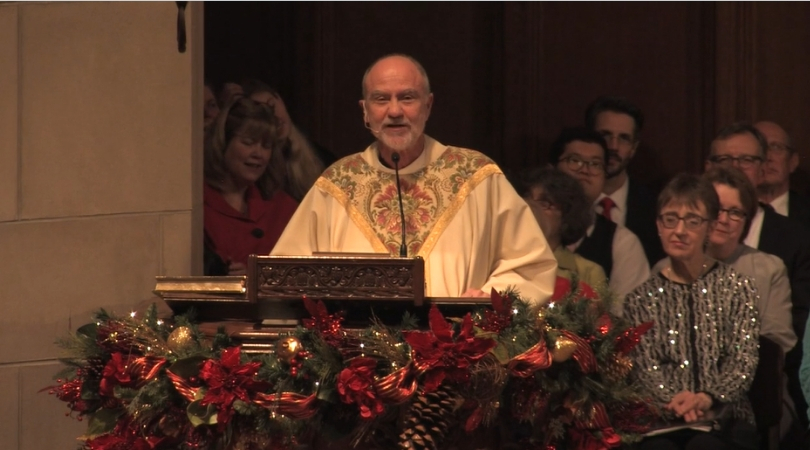