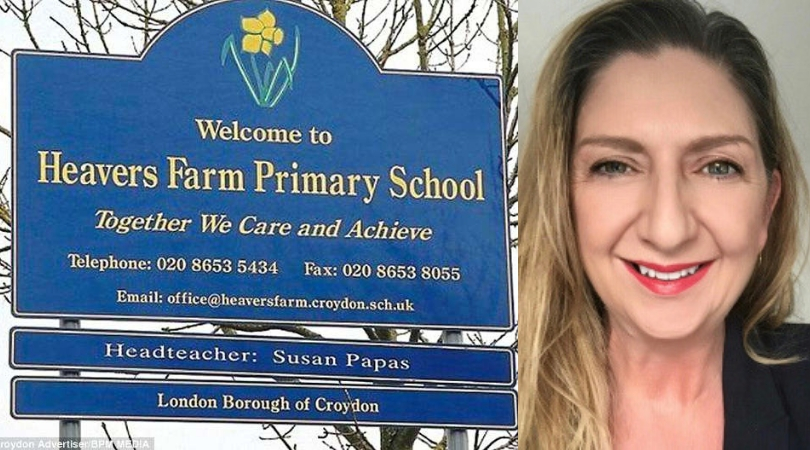 Child punished for claiming LGBT is against his religious beliefs

A primary school headteacher in the United Kingdom, who forced children to participate in a gay pride parade last year, has been reported to the local authority for unlawfully suspending 10-year-olds based on alleged "homophobic" comments.

"This is why parents are beginning to see the dangers of the imposition of the new sexual and gender ideology that does not permit dissent even from innocent 10-year-old children," Andrea Minichiello Williams, executive director of the Christian Legal Centre, representing the parents of the suspended children, told Church Militant.

Susan Papas, head of Heavers Farmer Primary School in Croydon, South London, suspended two children for five days after one of them asked permission not to participate in an LGBT lesson during Gay Pride Month.

On June 20, Farrell, sitting next to his friend Kaysey, asked his Year 5 teacher: "Sir, please may I not take part in this lesson?" when the teacher handed out LGBT material for coloring. The teacher refused permission, insisting the LGBT lesson was part of the curriculum.

After class, the form teacher Alex Smith is said to have accused Farrell of using "homophobic language" and saying, "LGBT sucks and LGBT's dumb." The child categorically denies using any such language.

Farrell is Catholic and told another teacher he did not "accept LGBT" because of his religion.

The teacher asked the two children, "Do you want LGBT people to die?"

"We said no," Farrell replied. If, however, they went back to their countries, they would be punished for being gay, according to the teacher.

The teacher asked Farrell where he was from. Farrell said he was of "African Jamaican" heritage, and there "everybody is Christian and Catholic, so they don't accept LGBT."

At one point Papas shouted, "How dare you? You are a disappointment to the school."

She then put the children in different rooms and asked Kaysey, "How dare you say that you want to kill LGBT people?"

Farrell's mother, Lisa Spence, and Kaysey's mother, Karen Francis, have complained to the Principal Officer—Exclusions Prevention of the local authority, citing paragraph 13 of the statutory Exclusions Guidance (2017): "It is unlawful to exclude [i.e., suspend] for a non-disciplinary reason." (Formal complaint letters of Karen Francis and Lisa Spence)

Both parents insist their children did not make homophobic comments. They quote paragraph 8 of the Exclusions Guidance: "When establishing the facts in relation to an exclusion decision the head teacher must apply the civil standard of proof; i.e. 'on the balance of probabilities' it is more likely than not that a fact is true, rather than the criminal standard of 'beyond reasonable doubt.'"

The parents also note that "the imposition of a 5-day exclusion [i.e., suspension] lacks both the necessary proportionality and fairness (para. 6 of the Guidance) required to justify such a lengthy punishment" given the "age, maturity, religious and cultural background" of their children.

They have also accused the headteacher of failing "to eliminate discrimination based on religion or belief," as laid down by Britain's Equality Act 2010.

The parents cite Section 9 of the European Convention of Human Rights, insisting that Protocol 1, Article 2 creates a statutory obligation on the school to respect the manner in which the parents seek to raise their children in accordance with their Christian faith.

The parents have asked that their children "be excused from any further teaching or activities which involve the promotion of LGBT campaigning points."

This isn't the first time Papas' militant promotion of the LGBT agenda has roused the ire of parents at the school, which educates 750 pupils in a highly multicultural and multi-religious borough of London.

In June 2018, parents threatened to protest at a Gay Pride parade organized by the school on its playground.

Papas had invited parents to watch the "Proud to Be Me!" parade and join in celebrating "the rainbow of things that make them and their family special."

Fourteen Christian parents complained that Papas was "forcing a very aggressive LGBT agenda on to young children in a manner which abuses parental rights and victimises parents."

Christian mother Izoduwa Montague refused to allow her four-year-old son to take part in the parade and complained to Education Secretary Damian Hinds that the school had embarked on "systematic proselytism of its young and vulnerable pupils."

Lawyers from the Christian Legal Centre argued on Montague's behalf that the school made "LGBT matters a pervasive element of school life," including the school's website featuring a Year-1 pupil with a placard she had written after a lesson about Martin Luther King, Jr.'s "I have a dream" speech: "I have a dreem if bois cood go to the saim toilet as gerls (sic)."

Montague says she felt "bullied" after she complained about her child "being forced to take part in an event that goes against our Christian beliefs." She later transferred her child to a Catholic school.

Parents were further outraged when Attie Papas, the head's lesbian daughter, wore a T-shirt with the words: "Why be racist, sexist, homophobic or transphobic, when you can just be quiet?" in a meeting with them.

Parent Ruth Anderson said Papas had abused her role as headteacher in planning the pride march and should step down. Anderson explained that several parents had protested by refusing to let their children go to school on the day of the march.

"There were rainbow flags around the school, and the kids were even told to wear bright colors," said Anderson. "That's not having pride in yourself, that is blatant support for LGBT. I am not homophobic, but my faith teaches me a certain set of beliefs, and I do not want my child's school making her choices for her."

"This demonstrates how insecure this new sexual ideology is. It cannot tolerate the challenge of innocent 10-year-old children," Williams of Christian Legal Centre told Church Militant.

When bullies know that right is not on their side they resort to coercion and intimidation.

"When bullies know that right is not on their side they resort to coercion and intimidation," she added. "That is exactly what is being played out in Heavers Farm Primary School."

Both parents have made clear their children will not return to school unless Papas confirms nothing will be said to or by members of staff or to the children's classmates about the events that led to her "unlawful decision" to suspend them. 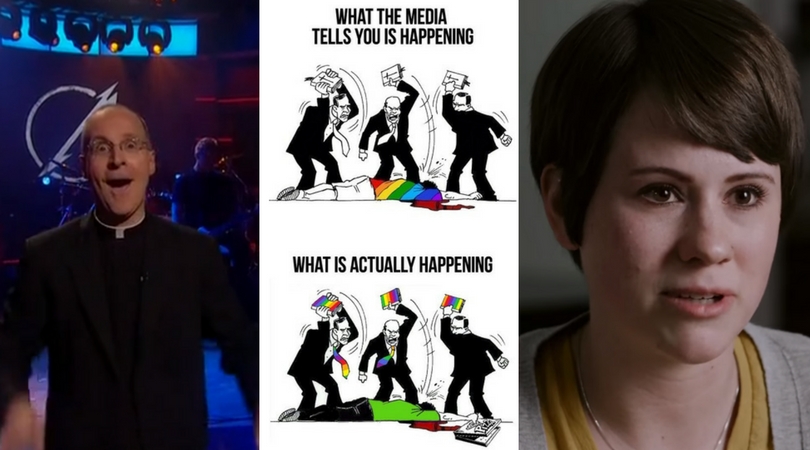 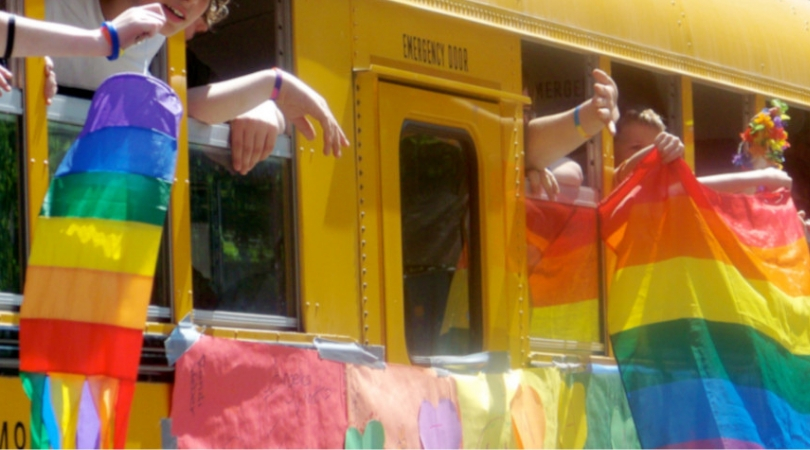