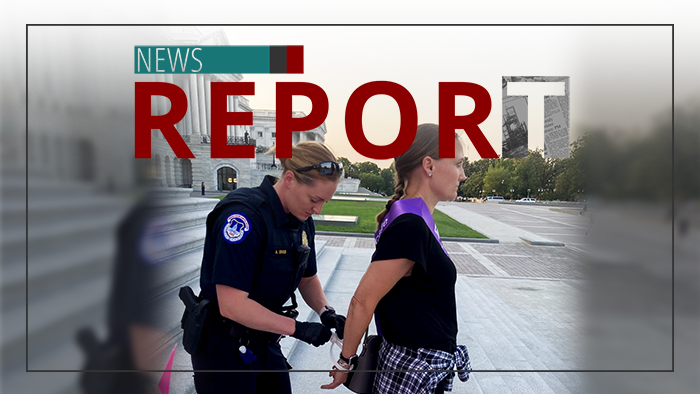 Liberal leaders are attacking the power of prayer and the right to petition as pro-lifers in America and abroad are facing more roadblocks in their effort to save lives. Church Militant's Trey Blanton presents the front lines of the culture war.

Advocates for the preborn gathered Aug. 12 on the steps of the D.C. capitol to protest Congress' exclusion of the Hyde Amendment, which prohibits federal spending on abortion, from a budget bill.

Capitol police made several arrests of members of the Stanton Public Policy Center, who stood their ground for preborn.

But the week prior, Democrat representative Cori Bush slept on the Capitol steps for five days without interference.

Lauren Enriquez, Students for Life Action: "We see free speech suppressed by those in power when they are afraid of the message. And the pro-life message is persuasive. It's moral. It's reasonable."

The Stanton Center's Purple Sash Revolution continues undeterred by the risk of arrest and will pray on the steps of the Supreme Court on Oct. 2, when America's highest court is expected to hear a case that could potentially overturn Roe v. Wade.

While D.C. police discriminate in applying protest law to pro-lifers and not leftists, Australia is passing laws to end sidewalk counseling.

On Thursday, local time, Western Australia joined the rest of the country in banning prayer in front of abortion facilities.

Enriquez concludes, "Pro-lifers are often the last line of defense to ensure that a woman knows what is available to her prior to availing herself and undergoing an abortion."

Aussies who pray or try to counsel women within 150 meters can find themselves slapped with a $12,000 fine, and can face up to a year in jail.

Change doesn't come quickly or easily. Pro-lifers must be willing to risk it all before the Left takes it all.

The Stanton Center responded to the arrests, saying, "America and freedom are endangered when political elites can arrest citizens in the public square just because they disagree with their message." 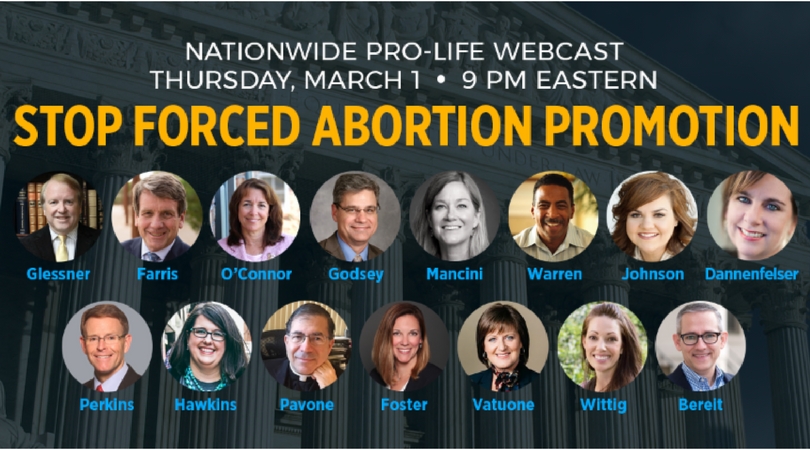