GUATEMALA CITY, Guatemala (ChurchMilitant.com) - Despite political turmoil inspired by the United States and the United Nations (U.N.), the Guatemalan pro-life movement is rallying in defense of life and traditional values.

Guatemalan pro-life leader Ligia Briz told Church Militant she anticipates a caravan of vehicles on Aug. 8 to head for the capital city's central square in support of human life.

"I expect 500 cars or more," Briz predicted. She added the rally is "not a protest but a manifestation of our national values."

At least 12 Latin American countries will also mark it as a Day of Action for Two Lives, rallying hundreds of thousands of Catholics and evangelical Christians. Among the largest of the rallies will be in Argentina.

While health rules related to COVID have recently been relaxed in the Central American republic, Briz noted her group, Family Matters Guatemala (AFI-Guatemala), of which she is CEO, will respect social distancing rather than contribute to a massive crowd in the plaza where the Metropolitan Cathedral and traditional National Palace are located.

Leftists opposed to the current government, however, have gathered in large crowds in several cities and towns in the country's interior.

In 2020, AFI-Guatemala held a virtual rally because of COVID restrictions. The online event had more than 1 million participants, according to Briz. She reiterated it was not a protest but an affirmation of the value of life from the moment of conception until natural death.

Briz recalled AFI-Guatemala also rallied at least 350,000 people to the capital in 2011 to defend life and traditional values.

"It was one of the biggest rallies in history," Briz affirmed.

Article 3 of the Guatemalan constitution defends life from the moment of conception. Passing a pro-abortion law, for the moment, is not likely. There have been several attempts to change this, but we have been able to stop them. But the pressure continues. There are also attacks on family life by transgenderism advocates.

Unlike other Latin countries, she pointed out, Guatemala has yet to legalize so-called same-sex marriage. For years, the U.N. has pressured Guatemala to legalize abortion and such marriages.

AFI-Guatemala seeks to advance traditional family life, stating: "A united family is the basis for developing a healthy, responsible and prosperous society which respects and promotes human dignity, rights and liberty."

We are quite aware of the role the United States plays in Guatemala and Latin America in promoting abortion.

In Guatemala, legal abortions can only be carried out if the life of the mother is at risk. Numerous pro-abortion organizations claim Guatemala sees some 65,000 clandestine abortions yearly, even though pro-life groups question the statistics pro-abortion groups use in support of abortion.

"We are quite aware of the role the United States plays in Guatemala and Latin America in promoting abortion," Briz confirmed. "Guatemala is the country where Planned Parenthood invests the most money," Briz added, "through affiliated nonprofit organizations."

Among these are the Pro-Family Association (APROFAM), founded in 1964, which provides medical care, hospitalizations, birth control and sex education. According to its website, APROFAM receives significant funding from the U.S. government through the Agency for International Development and International Planned Parenthood Federation.

Guatemala, Briz assured, is a life-affirming nation where children of unmarried women are celebrated and accepted despite its conflicted past. She qualified, however, that her organization does not endorse any political party or candidate and distanced the group from Guatemala's current government.

"In 2020, Planned Parenthood tried to establish a non-governmental organization here, but we did not let them," Briz recalled.

Giammattei recently announced a new initiative addressing Guatemala's endemic poverty, health and education, as well as out-migration. It focuses on "protecting life and the family institution to address the immediate needs to protect life from conception — infants, children, adolescents, young people, adults and the elderly — to protect the family as the basic unit of society."

In just one scandal, Sandoval jailed members of Guatemala's Social Security Institute board without charges, housing them in a cage in a parking garage for a week without charges. Ultimately jailed for four years without bail, one committed suicide and another died after being denied medical treatment.

We stand with the people of Guatemala and with Prosecutor Juan Francisco Sandoval, whom I recognized this year with an Anticorruption Champion Award. His dismissal undermines the rule of law and strengthens the forces of impunity. Guatemalans deserve better.

The United States subsequently suspended cooperation with Attorney General Porras, despite her record of prosecuting criminal gangs and corrupt officials.

Vice President Kamala Harris' June visit to Guatemala was greeted by jeers when she exited the airport. "Kamala go home!", "Guatemala for Guatemalans, Gringos go home!" and "Trump won!" were among protesters' placards.

President Giammattei said in advance of the visit: "We are not on the same side of the coin. It is obvious," adding, "[W]e agree on the 'what'" of the immigration crisis, "which is something. We are in not agreement on the 'how.'"

Fergus Hodgson, managing director of the Impunity Observer, an independent journalistic venture based in Guatemala, told Church Militant pro-life Giammattei faces opposition from "State Department progressives, the Washington elite" who do not accept the "pro-American, pro-Trump, socially conservative values" of Guatemala or the United States.

Leftist Guatemalans and American elites opposed to Giammattei, he averred, seek to replace Giammattei with a more malleable figure. He noted the U.S. embassy in the country has flown the gay liberation flag, generating outrage among Christians.

Hodgson noted Giammattei's vow to pass the "Freedom of Religion and Belief" bill, which proposes to defend the rights of believers, may allow him to make common cause with social conservatives of the United States despite the pro-abortion, pro-LGBTQ policies of the American foreign policy apparatus. 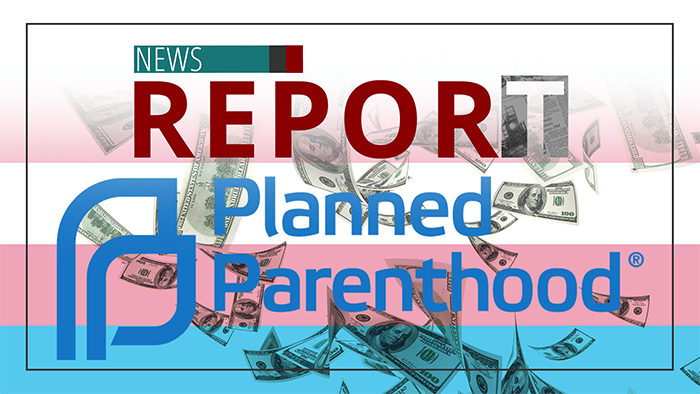