BUENOS AIRES, Argentina (ChurchMilitant.com) - Nearly 200 organizations throughout Latin America are calling on their national leaders to emulate the Trump administration and repudiate the United Nations' (U.N.'s) efforts to impose infanticide as an "essential" medical service in the midst of the COVID-19 pandemic.

Members of the Blue Wave (Ola Celeste) pro-life movement in Latin America are calling attention to diplomatic efforts to ensure that abortion and contraceptive services remain as supposedly "essential" services during the Wuhan virus crisis.

Civic and religious groups are pressuring national leaders to explain why their diplomats have signed, for example, an international declaration in support of the U.N.'s Global Humanitarian Response Plan (Global HRP), which promotes "sexual and reproductive health" as part of a global response to the virus.

The pro-life groups are denouncing the Global HRP for its pro-abortion stance, citing specifically $3 million destined for abortion training services in Ecuador. In a manifesto, the groups called out their governments for advancing a globalist pro-abortion agenda in the midst of "the worst pandemic in history" while violating their countries' constitutions, civil and criminal codes and various international treaties.

The groups are demanding policies focused on "human dignity" and that draw the line against "all interventionism and detriments to the sovereignty of our countries," specifically those promoted by the U.N. and its agencies: the United Nations Population Fund, UN Women, the World Health Organization, the World Bank, and the International Monetary Fund.

The foreign ministers of Argentina, Bolivia, Brazil, Chile, Ecuador, Mexico and other Latin American republics joined Australia, Canada, France, Germany, the United Kingdom and dozens of other countries in signing the Joint Declaration on Protecting Sexual and Reproductive Rights on May 6.

The signatories claim that "COVID-19 affects women and men differently," and that the ensuing "pandemic makes existing inequalities for women and girls, as well as discrimination of other marginalized groups ... and those in extreme poverty worse and risk impeding the realization of human rights for women and girls."

The United States stands with nations that have pledged to protect the unborn.

The declaration says that the measures to arrest the virus "increase the risk of domestic violence, including intimate partner violence."

"As health and social protection as well as legal systems that protect all women and girls under normal circumstances are weakened or under pressure by the COVID-19, specific measures should be implemented to prevent violence against women and girls," it continues, adding:

Sexual and reproductive health needs, including psychosocial support services, and protection from gender-based violence, must be prioritized to ensure continuity. We must also assume responsibility for social protection and ensure adolescent health, rights and well-being during schools' close-down. Any restrictions to the enjoyment of human rights should be prescribed by law, and in accordance with international law and rigorously assessed.

According to the Global HRP, "The pandemic has led to a measurable decrease in the treatment of other pathologies and fewer services being offered relating to preventive health care, and prenatal and postnatal care, among others."

It said that health workers and medical supplies are being used to respond to the pandemic, thus underfunding "other essential services" such as assistance to the disabled, elderly, "survivors of gender-based violence, sexual and reproductive health, and mental health and psychosocial support."

The United Nations Population Fund, a U.N. agency that administers contraception and abortion worldwide, states on its website: "Good sexual and reproductive health is a state of complete physical, mental and social well-being in all matters relating to the reproductive system."

"It implies that people are able to have a satisfying and safe sex life, the capability to reproduce and the freedom to decide if, when and how often to do so," it adds.

On May 18, acting director of the U.S. Agency for International Development (USAID) John Barsa sent a letter to U.N. Secretary-General António Guterres reminding the diplomat that the United States remains "the largest donor of global health and humanitarian assistance," and has always "led the world through times of strife, turmoil and uncertainty."

Barsa wrote that during the current COVID-19 pandemic, USAID has provided $650.7 million in supplemental funding globally to combat the virus, while $45.3 million of this went to the U.N., above and beyond the millions of dollars the United States gives to the international body annually.

The USAID acting director called on the U.N. to "stay focused on life-saving interventions," stating that the "delivery of essential health care is the first priority around the globe at this time" and that severe food shortages are having a "deadly impact" in many countries. "The Global HRP, and its $6.71 billion coordinated appeal, must remain focused on addressing the most urgent, concrete needs that are arising out of the pandemic," he wrote.

Barsa warned Guterres that the U.N. should not use the crisis to advance access to abortion as a so-called essential service. He charged that the Global HRP for the Wuhan virus "cynically" places "sexual and reproductive health services" on "the same level of importance as food-insecurity, essential health care, malnutrition, shelter and sanitation."

Moreover, he wrote, what is "most egregious" is that it "calls for the widespread distribution of abortion-inducing drugs and abortion supplies, and for the promotion of abortion in local country settings." He recalled that President Trump told the U.N. last year that it has "no business attacking the sovereignty of nations that wish to protect innocent life."

Barsa demanded that the international body "should not intimidate or coerce member states that are committed to the right to life." He added: "To use the COVID-19 pandemic as a justification to pressure governments to change their laws is an affront to the autonomy of each society to determine its own national policies on health care. The United States stands with nations that have pledged to protect the unborn."

The National Evangelical Association of Bolivia, which is a member of the World Evangelical Alliance, called its interim president Jeanine Áñez Chávez to reaffirm her stated pro-life credentials by rescinding her foreign minister's signature on the Joint Declaration on sexual and reproductive rights.

Expressing the "profound concern and rejection" of the Joint Declaration, the signatories stated:

The gender ideology promoted by international organizations such as the United Nations, Organization of American States, and others have among the goals the legalization of abortion, promotion of underage sex through formal education, legalization of pedophilia, legalization of same-sex marriage, and the destruction of the very basis of the so-called traditional family.

Pro-life advocate Chris Tonietto, a member of the Brazilian congress and a parliamentary pro-life coalition, wrote an open letter denouncing her country's policy, while expressing her coalition's concern that the U.N. appears to behave "more and more like an unelected global power that directly threatens and blocks the sovereignty of Brazil and other countries."

The U.N. agenda is very clear.

Argentine pro-life activist Marcela Errecalde said in a message to Church Militant that she expects that her country's Peronist government will defy public pro-life opinion, adding that "the only policy proposed by the government is abortion."

Errecalde, who represents Blue Wave, said that this is why President Alberto Fernández's government "feels free to violate the Constitution, superimpose one branch of government over another and collapse democracy." Fernández has promised to sign this year sweeping legislation that would abolish most protections for unborn human life. Despite his vow, Fernández and his live-in girlfriend both received Holy Communion at the Vatican this year from Bp. Marcelo Sánchez Sorondo, chancellor of the Pontifical Academy of Social Sciences.

Noting that a successful homosexualist and pro-abortion strategy throughout Latin America has brought same-sex "marriage" recently to Costa Rica and Latin governments' support for the U.N. Global HRP, she said, "The U.N. agenda is very clear." 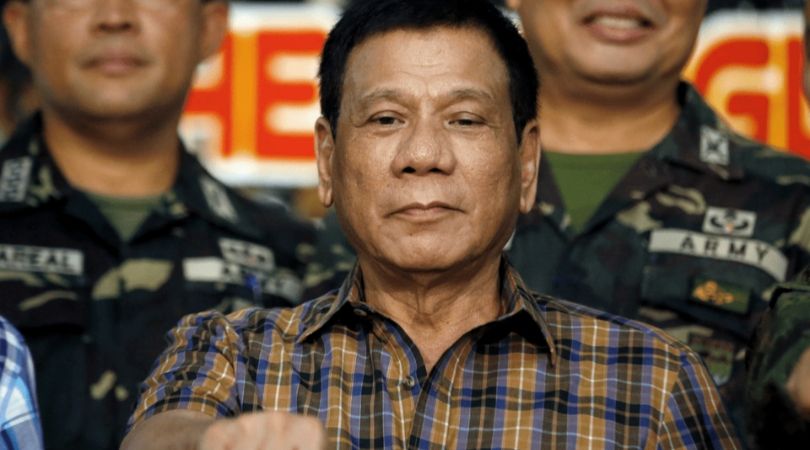