Abortion: A Tale of Two Presidents 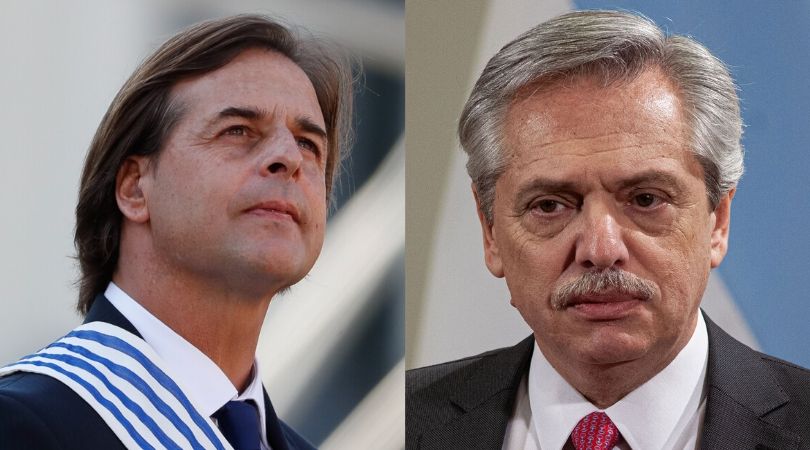 Asked by a local radio station earlier this month about his policy regarding abortion, Lacalle declared that his government is in favor of protecting the unborn, recalling that while he was serving in Congress, he voted against abortion.

While recognizing that abortion remains "the law of the land" in the South American republic, Lacalle said:

I believe that without prejudice to the philosophy of each of us who are sitting here and what they have voted or accompanied at the time, we all understand that Uruguay must have strong protection for unborn children, that it is necessary to have a policy to discourage abortions, that in Uruguay's constitution and according to the ratified covenants, understands that there is life from the moment of conception and, in this sense, an unborn child has rights.

A member of the conservative National Party, Lacalle took office on March 1. A lawyer, he matriculated from the Catholic University of Uruguay and is the son of a former president. In August 2019, Lacalle said on the campaign trail that as president he would advance a "pro-life agenda."

Montevideo archbishop Daniel Sturla noted that Lacalle's remarks are a "significant move forward" for the pro-life cause in Uruguay. The country eliminated protections for the unborn in 2012, making it one of only three countries in Latin America where abortion is legal upon request. Abortion is also freely available in Guyana and Cuba; it is available in other Latin American countries, albeit with restrictions.

In an email response to Church Militant, Uruguayan pro-life leader Carlos Iafigliola applauded President Lacalle's stance on abortion. A former congressman and presidential candidate, Iafigliola stated that this is the first time that a president of his country has defended the constitutional rights of unborn children. He told Church Militant:

While the current law can be abolished only through a majority vote in Congress (which is something I have supported), he has taken on the issue and has not dodged it. What he has said is historic. He said besides that the view of this government is pro-life. This is the first time a Uruguayan president has used this term. He needs our support because he faces political and social opponents.

Argentinian pro-life leader Marcela Errecalde told Church Militant she welcomes Lacalle's remarks as a positive development for the whole region. She told Church Militant: "This is the fruit of many years of work. Lacalle knows his constituents and heeds their demands. This is another step forward." Errecalde paid tribute to pro-life campaigners in Uruguay, who "demonstrated the value of the pro-life stance, which is a plan for real national development."

Errecalde paid tribute to pro-life campaigners in Uruguay, who 'demonstrated the value of the pro-life stance, which is a plan for real national development.'

Errecalde is active in the Blue Wave (in Spanish, Ola Celeste), a network of pro-life activists that spans Latin America. She affirmed that Uruguay has been used as a laboratory in the past by regional and international organizations seeking to advance marijuana, abortion, contraception and transgenderism. "The politicians who promoted these policies," she said, "have been celebrated internationally and are actually promoting the destruction of their country. Pro-life advocates, despite everything going against them, have been able to stand strong."

In neighboring Argentina, President Alberto Fernández said on May 6 that he has several pro-abortion laws to present to Congress. Currently, Argentina's government is focused on its response to coronavirus and an economic crisis.

Legislating on abortion in the Peronist-dominated Congress is the next order of business. Fernández represents a segment of the Peronist movement of Argentina, a singular political phenomenon of Argentina that has wavered from left to right ever since its founding by President Juan Peron in the mid-1940s. It currently enjoys considerable support from labor unions and various leftist parties.

According to Hispanidad news service, Raúl Magnasco, president of the pro-life Más Vida organization, said that Argentina's pro-life movement and most of his fellow citizens repudiate their president's pro-abortion policies:

In the midst of the worst economic crisis in history and the coronavirus pandemic, we firmly believe that the suffering of a people with the greatest indices of poverty and unemployment ever recorded demand a government that safeguards its welfare and does not accept demands from foreign organizations such as the International Monetary Fund that require abortion and transgender ideology in exchange for debt.

"Neither abortion nor debt. Argentina needs a president who protects all of his countrymen, including the most vulnerable: children in the womb," he added. "Pregnancy is not a disease. Therefore, abortion can never be necessary nor legal. We crying out for Argentines still in the womb that saving both lives is a priority."

The Argentine Senate rejected abortion by a narrow vote in 2018. However, Fernandez and his Peronist movement have promised to legalize the practice even while the country's ministry of health is taking regulatory steps to facilitate it. Doctors who work in public hospitals and refuse to commit abortion, for example, are being subjected to criminal prosecution because of their conscientious refusal.

In advance of the vote in 2018, Fr. Jose Maria di Paola, a priest who has long served the poorest of the poor in Argentina, told Congress: "Abortion is synonymous with the IMF, whether the conservative world likes it or not, [because] it does not care if the poor have fewer children or even none at all, and [whether] pseudo-progressives [like it or not]."

"They are raising the flags of a supposed freedom for women to do what they want with their bodies, but know that this genocide is inspired and promoted by the IMF," he added.