WASHINGTON (ChurchMilitant.com) - Both sides of the abortion debate in America are becoming energized after Trump announced his Supreme Court nominee.

On Monday night, the president named Catholic Judge Brett Kavanaugh as his pick to replace Justice Anthony Kennedy on the High Court. Many pro-lifers heralded the decision, while the pro-abortion lobby was just as quick to bash Kavanaugh and despair over the fate of Roe v. Wade.

Father Frank Pavone, national director of Priests for Life, praised Kavanaugh: "We at Priests for Life are grateful and encouraged by the nomination of Judge Brett Kavanaugh to the Supreme Court, and are encouraging others to support him with confidence."

Father Pavone pointed out in a tweet, "Judge Kavanaugh ruled in our favor in the D.C. Circuit Court in our Priests for Life case against the HHS mandate."

March for Life's Jeanne Mancini called Kavanaugh a "man of faith" and "family man." She predicted that Kavanaugh "will no doubt serve as a fair, independent judge who will remain faithful to the Constitution."

Lila Rose, founder and president of Live Action, said, "We hope that with Brett Kavanaugh, the court ensures that our very first right, the right to life, will be protected by our laws rather than trampled by them. The right to life is the foundation for all other human rights — without it, no other rights can be enjoyed."

Americans United for Life President Catherine Glenn Foster predicted, "Judge Kavanaugh will be an originalist justice, committed to the text of the Constitution and to the rule of law, including legal protections for human life."

The right to life is the foundation for all other human rights — without it, no other rights can be enjoyed.

Pro-abortion activists are worried that having Kavanaugh on the Supreme Court will be a threat to the abortion industry.

Some leftists were determined to oppose Trump's nominee no matter who. For instance, protesters outside the White House Monday night brought signs for all four of Trump's likely picks, only holding up the ones with Kavanaugh's name after the announcement.

Organizers of the leftist Women's March were mocked for accidentally sending out a prewritten mass email opposing Trump's nominee as an "extremist" — but forgetting to insert Kavanaugh's name, simply leaving it "XX."

Abortion activists and politicians were warning before Monday that Trump's nominee was a threat to abortion "rights" under Roe v. Wade. After Monday night's announcement, the pro-abortion outcry became even more intense once there was a name and a face to their supposed adversary.

Pro-abortion lobby group NARAL insulted Kavanaugh in a tweet by calling him "some frat boy named Brett" — possibly a reference to his membership in Delta Kappa Epsilon when he studied at Yale University. He was also a writer for the student newspaper's sports section.

An opinion piece in Vogue warned, "When President Trump nominated conservative federal appeals court judge Brett Kavanaugh to the Supreme Court on Monday night, he dealt a potential death blow to Roe v. Wade and threatened to upend the balance of the court for decades to come."

The Vogue piece also complained that there are too many white males on the Supreme Court.

A few people on the Left, however, respect Kavanaugh for his professionalism and credentials. For example, Akhil Reed Amar, a professor at Yale Law School, penned a New York Times op-ed called "A Liberal's Case for Brett Kavanaugh."

Amar noted Kavanaugh's credentials, writing, "In 2016, I strongly supported Hillary Clinton for president as well as President Barack Obama's nominee for the Supreme Court, Judge Merrick Garland. But today, with the exception of the current justices and Judge Garland, it is hard to name anyone with judicial credentials as strong as those of Judge Kavanaugh." 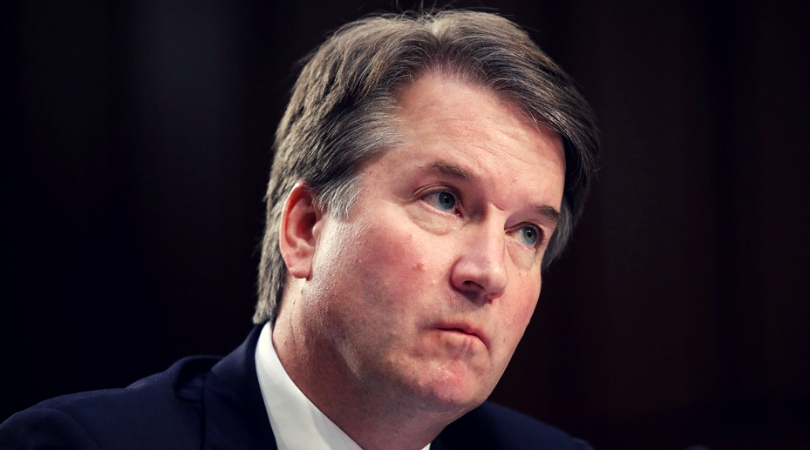