TOPEKA, Kan. (ChurchMilitant.com) - Kansas pro-life advocates are reeling after the Kansas Supreme Court declared Friday that abortion is a constitutionally protected right, ensuring the procedure will remain legal in the Sunflower State even if Roe v. Wade is overturned.

In Hodes & Nauser v. Schmidt, the six-to-one majority blocked Senate Bill 95, a ban on dismemberment abortions, and declared that under the state constitution a mother has a fundamental right to kill her unborn child.

The majority based its decision on Section 1 of the Kansas Bill of Rights which declares, "All men are possessed of equal and inalienable natural rights, among which are life, liberty, and the pursuit of happiness."

The 1859 clause, the justices argued, "affords protection of the right of personal autonomy, which includes the ability to control one's own body, to assert bodily integrity, and to exercise self-determination."

"This right," they added, "allows a woman to make her own decisions regarding her body, health, family formation, and family life — decisions that can include whether to continue a pregnancy."

Justice Caleb Stegall, the lone dissenter, sharply rebuked the ruling, calling it "the most significant and far-reaching decision this court has ever made."

"The majority's decision is so consequential because it fundamentally alters the structure of our government to magnify the power of the state — all while using that power to arbitrarily grant a regulatory reprieve to the judicially privileged act of abortion," he explained.

"In the process, the majority abandons the original public meaning of section 1 of the Kansas Constitution Bill of Rights and paints the interest in unborn life championed by millions of Kansans as rooted in an ugly prejudice," Stegall wrote.

He added: "In [the majority's] imagined world, the Liberty Bell rings every time a baby in utero loses her arm."

Justice Stegall's opinion echoed that of pro-life advocates in Kansas and beyond. In a statement issued Saturday, Kansas City, Kansas Abp. Joseph F. Naumann blasted the ruling as a glaring example of judicial overreach:

Today's decision is just the most recent example of an effort to change the very nature of our government. Similar to the United States Supreme Court Roe v. Wade and Doe v. Bolton decisions in 1973, the Hodes & Nauser v. Schmidt decision is an example of imperial courts usurping the role of duly elected representatives to decide public policy on key social issues.

The Court's claim of a right to abortion lying hidden in the Kansas Constitution for more than 150 years is absurd. The Court's ruling is more an exercise in creative writing than a serious effort to examine the constitutionality of a statute restricting dismemberment abortions.

Ironically, the Court cites the section of the Kansas Constitution that affirms clearly a right to life, not a right to destroy human life. With the advancements of embryology and ultra-sound technology providing a window into the womb, the scientific evidence affirming the humanity of the unborn child is even stronger than in 1973. The Court's decision has no basis in law or science.

Archbishop Naumann, chairman of the U.S. bishops' Committee on Pro-Life Activities, rallied pro-life Kansans to override the decision by amending the state constitution:

The immediate priority for all Kansans concerned with protecting the lives of unborn children, as well as pregnant women, from an unscrupulous abortion industry is to pass a State Constitutional Amendment aimed at making it impossible for future Courts to contort the Kansas Constitution in an effort to claim it contains a right to abortion. I urge Catholics to join with thousands of other concerned Kansans to work for the passage of a Constitutional Amendment to correct the grave error of the Kansas Supreme Court's ruling.

"Eventually, Kansans who do not wish to be ruled by a judicial oligarchy must also reform the selection process for judges that masquerades as non-partisan," Naumann added, "while producing judicial candidates who appear intent on imposing an ideology that was not in the minds of those who wrote the Kansas Constitution, nor is consistent today with the values of most Kansans."

"With today's ruling, the Kansas Supreme Court has created the broadest right to abortion in the country," Culp said in a statement Friday.

Abortion activists are hailing the ruling as a blueprint for victory elsewhere, and forecasting that Kansas — one of the most conservative states in the country — will become a Midwestern 'haven' for abortion.

"The Court has taken away the right of the people to pass reasonable abortion regulations into law, including partial-birth, live dismemberment, and sex-selection abortion bans," she continued. "The Court puts at risk basic safety measures protecting the health of women at abortion clinics. Today, the Court has imposed on the people of Kansas a New York-style unfettered right to abortion."

"Kansans for Life and its statewide network of grassroots activists," Culp vowed, "will work strategically to amend the Kansas Constitution and ensure that duly enacted pro-life laws remain in place."

Hodes & Nauser v. Schmidt is groundbreaking, observers note, owing to its approach to the abortion issue. Writing in The Federalist on Friday, Margot Cleveland explained: "Over the last several years, federal courts have declared similar bans on dismemberment abortions unconstitutional, but today's decision is significant because, unlike other cases, it is based on a state constitutional right to abortion."

Abortion activists are hailing the ruling as a blueprint for victory elsewhere, and forecasting that Kansas — one of the most conservative states in the country — will become a Midwestern "haven" for abortion. 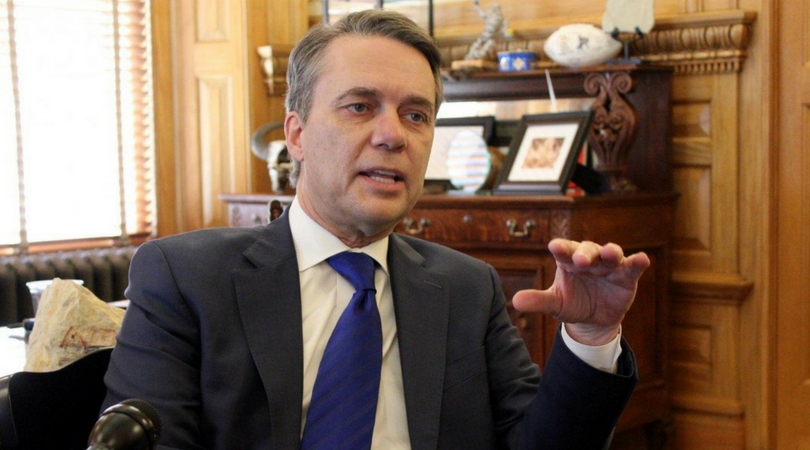