Flores' victory represented a shocking upset, handing Republicans control of State Senate District 19 — stretching from San Antonio's east side to the Big Bend of the Rio Grande — for the first time in 139 years.

"This district has not been Republican since Reconstruction," Flores reminded voters Tuesday night. "And in September of 2018, it's Republican once again!"

"I owe this first to God and then to the grassroots in all of our counties in Senate District 19," Flores told supporters. "Primarily this is an example of what happens when you have a united front and a grassroots effort. So now it's time to go to work."

Flores' victory gives the Republicans a 21-10 advantage over Democrats in the Texas Senate.

Among a raft of prominent Republicans, Flores garnered the backing of Gov. Greg Abbott, Senators Ted Cruz and John Cornyn, as well as the Senate president, Lt. Governor Dan Patrick.

With Republicans and Pro-Life voters behind him, Flores will finally provide Pro-Life representation to a district where such values have been ignored for too long.

Across the Lone Star State, pro-life advocates were among the most enthusiastic supporters hailing Flores' victory.

"We are thrilled with Peter Flores' election to the Texas Senate. His victory discounts the claims of an impending blue wave, rather highlighting how voters are tired of the corrupt, anti-Life policies of Democratic career politicians," said Elizabeth Graham, Director of Texas Right to Life (TRTL), the state's oldest and largest pro-life organization. "We look forward to working with Flores in the Capitol to advance life-saving bills during the upcoming 86th Session of the Texas Legislature."

The first organization to endorse Flores, TRTL noted the faithful Catholic's victory cements a Republican supermajority in the Texas Senate, which will "allow Senate Republicans to bring our Pro-Life bills to the floor without any Democrat anti-Life opposition."

"With Republicans and Pro-Life voters behind him, Flores will finally provide Pro-Life representation to a district where such values have been ignored for too long," TRTL added.

Lone Star State Republicans are hailing Flores' victory as a sign the recent Democratic surge can be turned back in November.

"Senator-elect Flores' win is proof that the 'blue wave' the Democrats have been touting can be stopped dead in its tracks when Republicans turn out to vote," said James Dickey, chairman of the Republican Party of Texas.

"Keep in mind, this was a district that had been in Democrat hands for nearly 140 years and a district Hillary Clinton won by 12 points just 2 years ago," he added. "Together, we flipped it to a Republican seat!"

"Last night's historic win was no accident, however. It was the culmination of weeks and months of collaboration and hard work," Dickey said. "The message is clear: When Republicans come together, Republicans win. ... This historic victory proved that campaigns still matter, knocking on doors works and grassroots get-out-the-vote efforts are the only way to win."

Contentious battles over abortion and passive euthanasia have played out across the state in recent years, with Texas Right to Life especially targeted for its refusal to compromise on weak legislation.

In February, the Texas Catholic Conference of Bishops publicly rebuked the advocacy group, warning parishes "not to participate in their activities or allow the organization to use parish sites."

Led by outspoken Catholic Jim Graham, Texas Right to Life is an open critic of the "soft push" of GOP Establishment leaders who obstruct pro-life legislation. The bishops, meanwhile — members of the Church Establishment — are cozy with Texas RINOs (Republicans in Name Only). Their rebuke of TRTL was condemned by a raft of pro-life Texas Catholics and their allies. 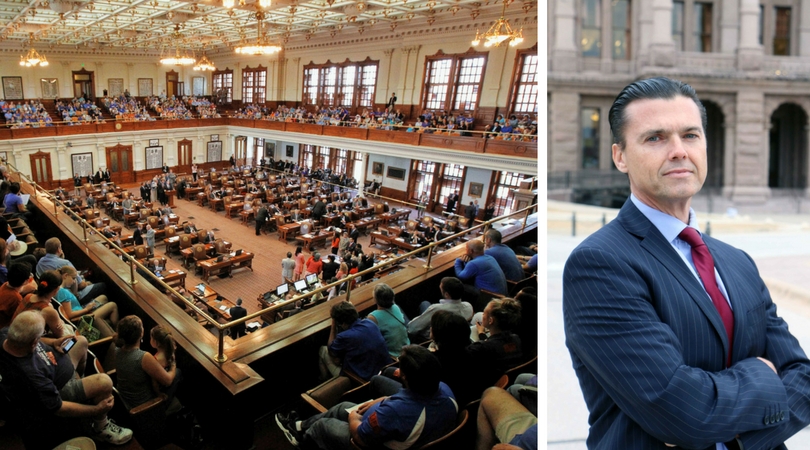