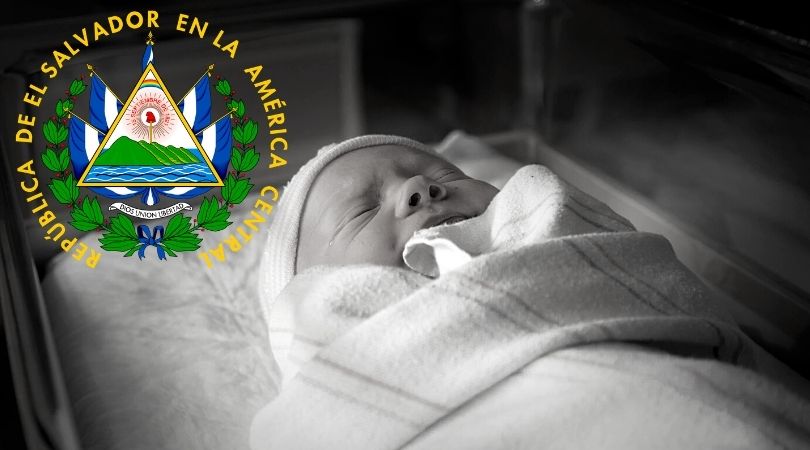 SAN SALVADOR, El Salvador (ChurchMilitant.com) - An international court will hear a case that could induce El Salvador to change its constitution and laws that recognize the humanity of "every human being from the moment of conception," thus opening the door to abortion and infanticide.

Pro-abortion groups, including the Center for Reproductive Rights, have succeeded in placing the case of "Manuela" before the Inter-American Court of Human Rights (IHRC). According to leaders of several pro-life organizations, the judges on the international court, which is authorized by a treaty signed by the United States and other American republics, are favorable to abortion and may be relied upon to rule against El Salvador.

In an email response to Church Militant, Prof. Ligia Castaldi of Ave Maria Law School wrote "The 1983 Constitution of the Central American republic says in Article I that it recognizes as a human person every human being from the moment of conception."

Abortion is illegal in El Salvador, making it one of the handful of Latin American countries that ban the procedure. In addition, the country's criminal code calls for prosecuting women who murder their newborns.

However, organizations such as International Planned Parenthood Federation have long tried to eliminate protections for unborn children in El Salvador. For example, a Salvadoran newspaper, Prensa Grafica, revealed in 2015 that Planned Parenthood funded local pro-abortion feminist groups to promote unrestricted abortion. Among these were the Citizens for the Decriminalization of Therapeutic, Ethical and Eugenic Abortion and The Collective of Women for Local Progress, also known as "Colectiva Feminista."

The court observed that she 'chose to give birth to the baby and get rid of it herself by casting it into a septic tank.'

"Manuela" is the alias used by pro-abortion groups for María Edis Hernández Méndez de Castro, who was sentenced in 2008 to 30 years' imprisonment by a Salvadoran court, which found that she committed "aggravated homicide" against her newborn son. "Manuela" knew that she had been impregnated adulterously. "Even while recognizing that she had the choice to have the baby, care for him, feed him and live for him as ... any biological mother would naturally do," the court opined, "she opted for behavior contrary to nature itself and to the legal system to which we are all subject."

The court observed that she "chose to give birth to the baby and get rid of it herself by casting it into a septic tank, perhaps with the assistance of her mother."

In July, the Inter-American Commission on Human Rights (IAHRC) forwarded "Manuela's" case to the ICHR, demanding that El Salvador establish a protocol for "cases related to obstetric emergencies or abortions that comply with international standards and which express exceptions in detail." IAHRC claimed that El Salvador had violated "Manuela's" rights when she was sentenced for "aggravated homicide ... within the context known in El Salvador as the criminalization of abortion."

In an extensive interview with Church Militant, Julia de Cardenal — one of Latin America's pro-life leaders — said that cases such as "Manuela," Cindy Erazo, "Las 17" and "Las 17+" are being used by abortion advocates to circumvent local law:

El Salvador is being targeted by the international pro-abortion mafia who, a few years ago, started a campaign called  "Las 17" [The 17 Women] based on lies to make people believe that because of our pro-life laws, women are supposedly given 40–50 years of jail, supposedly for "miscarriages."

Ligia Castaldi has written a paper about the "Manuela" case noting that the IAHRC complaint did not document a single case of criminal sentencing for elective abortion in El Salvador, validating Cardenal and noting that "Manuela" did not have an abortion or miscarriage, but a live birth of a child she chose to kill.

Cardenal, who leads the pro-life Si a la Vida Foundation, said abortion advocates and the "hegemonic media" mischaracterize infanticides as "miscarriages" and "obstetric emergencies," and that evidence shows that women have been convicted under Salvadoran law for homicide after killing their newborns through strangulation, stoning, asphyxiation or being thrown alive into septic tanks to drown in human waste.

For her consistent defense of life and traditional marriage, Cardenal has been harassed by pro-abortion feminists and LGBTQ advocates. In 2019, her Twitter account was briefly suspended after the social media giant received a complaint that Cardenal had used "homophobic" language. Also, the New York Times refused to publish Cardenal's corrective op-ed in 2007 that sought to dispel the paper's reports that women are imprisoned for abortion.

El Salvador has been under pressure by the pro-abortion, U.S.-based Center for Reproductive Rights, which said in a June 2020 press release that over-crowded conditions in El Salvador's prisons endanger inmates during the COVID-19 pandemic. The release, titled "Women Who Are Unjustly Imprisoned in El Salvador Must Be Released in the Face of the COVID-19 Pandemic," called on El Salvador to "grant early release for people considered to be in risk groups, such as the elderly, pregnant women or women with children in their care."

Center for Reproductive Rights claimed that "women who are arbitrarily detained in El Salvador" are among those at risk. It said that the United Nations' Working Group on Arbitrary Detention found that "Women who have suffered obstetric emergencies are arbitrarily detained," and are "victims of the current Salvadoran normative framework which is discriminatory because it restricts the human rights and dignity of women by criminalizing the exercise of their reproductive rights and the conducts that are a direct result of the lack of access to health services."

Cristaldi responded via email, affirming that, while she could hardly imagine why a serious organization would "blatantly lie to pass infanticide cases for abortions," she guessed that organizations such as Center for Reproductive Rights have created a "false narrative about women being imprisoned for 'obstetric emergencies' or 'spontaneous abortions'" because they could find no women imprisoned for abortion in El Salvador.

According to Cardenal, there are no women in prison for abortion. Instead, they are given alternative sentences.

According to Cardenal, there are no women in prison for abortion. Instead, they are given alternative sentences. She deplored reports in legacy media that made claims to the contrary. El Salvador's national prosecutor affirmed this is so, according to a report by Catholic News Agency.

Cardenal said pro-abortion media manipulation was evident in reports about the conditional release on Sept. 23 of Cindy Erazo, a Salvadoran woman who had been convicted of the murder of her newborn. Erazo and other inmates were released because of COVID concerns. She has not been acquitted of her crime.

BBC, in its Spanish version, incorrectly contended that Erazo had been sentenced for "aggravated homicide for giving birth to a dead baby." Its headline read: "Abortion in El Salvador: The Case of Cindy Erazo and What It Means for 18 Other Women Imprisoned Under the Strict Law Against Interruption of Pregnancy." The leftist Guardian newspaper reported: "El Salvador woman freed after six years in jail following stillbirth." Deutsche Welle reported on the case with the headline: "El Salvador Frees Woman Jailed Over Miscarriage." Likewise, AP Newswire reported: "El Salvador woman imprisoned after miscarriage released."

In a Church Militant interview, Cardenal said that prosecutors showed that Erazo gave birth to a baby boy in a shopping center lavatory. "This was not a miscarriage," said Cardenal. Bleeding severely, Erazo appealed to retail clerks for toilet paper and was then arrested while trying to leave with a dead baby in a bag. Cardenal said that Erazo had stuffed paper into the baby's mouth and trachea.

"The abortion business is not a right; it exploits women," Cardenal said.

"Rather than defending women's rights, abortionists violate them by hiding the risks posed by abortion and that children are murdered. Abortion doesn't just end a woman's pregnancy," she noted, "it makes her into a mother of a dead child."

El Salvador will have a presidential election in Feb. 2021. President Nayib Bukele is facing stiff opposition from both the right and left. Cardenal said she is worried, not only that the IAHRC judges are prejudiced in favor of abortion, but that Bukele may not dedicate appropriate attention and resources to defend his nation's constitution sovereignty.

"Abortion is based on lies," Cardenal said, calling on legacy media to report accurately on what she characterized as a "pro-abortion campaign" that flouts the firmly held values of the Salvadoran people, who in great majority defend life from conception to natural death.

'Abortion doesn't just end a woman's pregnancy,' she noted, 'it makes her into a mother of a dead child.'

"Violence and death can never be the solution for pregnant women who are facing challenges," said Cardenal, adding that her organization has saved 11,000 lives by lending a hand to mothers "who had thought that abortion was the only solution."

"Abortion occurs because of ignorance and lack of support," she said, adding that "until now, thank God, we have defended our national sovereignty and human life, including in the mother's womb."

In an email to Church Militant, Prof. Cristaldi wrote: "The treatment of abortion and infanticide as equivalents on their part is obviously meant to deceive the public, but it also seems to be based on equal disregard for the life of the unborn and the newly born child."