ST. LOUIS (ChurchMilitant.com) - Supporters of the pro-life Red Rose Rescue (RRR) initiative will meet for the first time to promote their strategy for winning the abortion war.

The one-day conference — scheduled for Saturday, Dec. 12, in St. Louis — will feature prominent leaders in the pro-life movement who support the controversial method of intervention.

"We need to teach, expand and explain to a wider audience what Red Rose Rescue is all about," Monica Miller, executive director of Citizens for a Pro-life Society, told Church Militant.

The Red Rose Rescue movement began in September 2017 when a group of veteran pro-life activists decided the horror of abortion necessitated moving from sidewalk counseling to clinic waiting rooms where they could speak directly and compassionately to mothers on the brink of murdering their children.

In 2018, the progressive magazine Mother Jones described a rescue in Michigan.

When Miller came through the entrance, the abortion clinic's staff asked her to leave. Miller pushed past the receptionist, entered the waiting room, and began handing the clinic's clients red roses with tags promising to help each woman "rediscover her own and her baby's unique dignity."

Some of the clients were shuffled into a back room; one left. When the police arrived, Miller and the small group of Christian pro-life activists she was leading went limp on the floor. Miller was carried outside, where, along with four others, she was arrested. She was charged with trespass and obstructing a police officer.

"Abortion is not going to go away unless we are willing to make sacrifices," Miller said. "Because of their humanity, the unborn have a right to a courageous defense."

"People have to get past 'What will happen to me if I get arrested, if I get put in jail, if I am fined?'" Miller continued. "We need to cultivate a spiritual mindset that is willing to consider these possibilities. This should be a mainstream response, not fringe."

The meeting will include four pro-life hall-of-famers. In addition to Miller, Joseph Scheidler, a four-decade leader in the abortion wars, will be offering his perspective on the movement's current situation.

"Scheidler is the father of pro-life activism," Miller explained. "He is a giant in the movement."

In the 1980s, the National Organization for Women (NOW) filed a lawsuit against Scheidler, claiming his activities violated the federal Racketeer Influenced and Corrupt Organizations Act (RICO), and he was found guilty. The conviction was overturned by the Supreme Court, but NOW changed the focus of the claims slightly and filed yet another lawsuit. Again, Scheidler was convicted, and the conviction was overturned. Eventually, after 20 years of litigation, the Court ordered NOW to pay Scheidler damages.

Abortion is not going to go away unless we are willing to make sacrifices.

Miller and Scheidler will be joined by Janet Smith, former professor of moral theology at the Sacred Heart Major Seminary in Detroit, and Fr. Fidelis Moscinski, a member of Franciscan Friars of the Renewal.

Miller will also be part of a panel discussion with Fr. Stephen Imbarrato, Will Goodman, Lauren Handy and Joan Andrews Bell — each of whom has participated in a rescue. They will share their experiences on the front line.

For more information about the conference, visit Citizens for a Pro-Life Society. 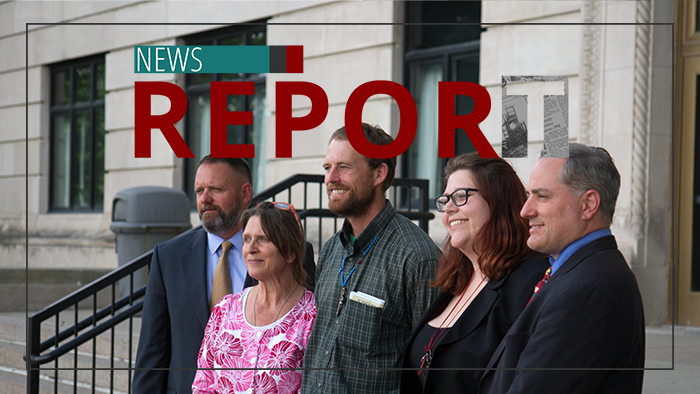