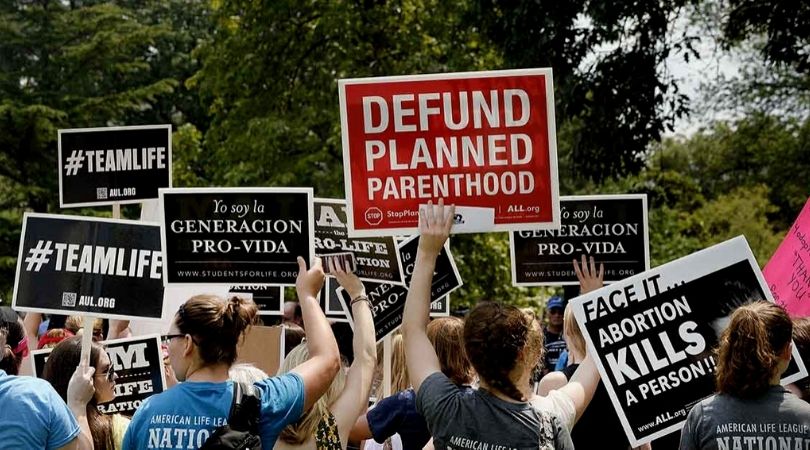 SEATTLE, Wash. (ChurchMilitant.com) - Pro-lifers can once again speak freely outside an abortuary — this, after facing harassment from abortion advocates and obstacles from local authorities.

In the town of Everett, Washington, about 25 miles from Seattle, authorities used a steel barrier to keep pro-lifers away from Planned Parenthood and enforced noise restrictions to prevent them from shouting to women entering the facility to kill their unborn.

But now, the specter of a lawsuit by a pro-life law firm has moved authorities to back off, leaving sidewalk counselors to continue their practice of speaking to women on the way in to the facilities.

Matt Heffron, an attorney with the Thomas More Society (TMS) law firm, told Church Militant the preference given to the pro-abortion side by moving the pro-lifers down the street is "a really clear violation of Supreme Court case law, McCullen v. Coakley, particularly. You can't have a buffer zone. And it's really worse because there hadn't been much commotion in front of the [building], which had been provoked by the abortion protesters."

In April, Deputy City Attorney Ramsey Ramerman admitted to the Everett Herald newspaper, "[W]e are trying to keep the two groups separated from each other and in a location where there is minimal impact of other uses of the area [besides abortion]."

According to the Everett Herald, a pro-abortion protester was pleased about authorities' segregation of pro-lifers, saying, "They're just too far away to reach out to them [expectant mothers at the abortuary] ... That's exactly what me and others have wanted." But critics of the policy have pointed out that the "other uses" cited by Ramerman appeared to have trumped constitutionally guaranteed freedom of speech.

There are claims that pushing and shoving at demonstrations in March led to action by police and the city attorney's office. But according to local reports and TMS, there were no arrests or charges this year.

In February, according to the Snohomish County Tribune, a local resident had requested the Everett City Council put a 75-foot buffer zone around the abortion facility where pro-lifers gathered during Lent, prompted by concerns that Wednesday is "procedure day" for killing unborn children.

Video recorded by abortion advocates in February shows how they harassed pro-lifers outside the Everett Planned Parenthood. An elderly male pro-abortion protester used belligerent and obscene language while confronting a teenage male pro-lifer, but the teen did not respond with obscenities or violence. Instead, he called out to a woman entering the office, saying "We know you are hurting" and "You know it's a child."

In one instance, a young blonde female called the teen a "little faggot" after admitting that the photo he held of a butchered baby was "offensive." Neither the teenager nor the older male pro-lifer displayed any threatening gestures or used offensive language in the video.

The video showed that on either side of a broad driveway leading to the parking lot, sidewalk counselors stood on the side furthest from the facility. Pro-abortion counterprotesters assembled on both sides, however, harassing the pro-lifers. According to the Herald, this became a public safety concern, prompting the city to act.

Pro-abortion counterprotesters assembled on both sides, however, harassing the pro-lifers.

According to TMS, the Everett city attorney and police department initially banned everyone from the sidewalk in front of the abortuary. However, following an incident sparked by the pro-abortion side, according to the release from TMS, the city and police deferred to the pro-abortion side, allowing them to stand immediately across the street from the facility. The pro-lifers were pushed down the street and hardly within shouting distance of the women entering the facility for abortions.

Things changed, however, after the city received a May 11 letter from the TMS. According to the release, TMS attorney Matt Heffron said, "No one should be banished to the far corners for offering aid and peaceful prayer, as happened here."

In an interview with Church Militant, Heffron said the pro-lifers — which are involved in the national pro-life initiatives 40 Days for Life and Sidewalk Advocates for Life — do not tolerate hostility or violence by their members.

He credited the male teen pro-lifer for "remarkable restraint" in the face of "vile abuse" from pro-abortion protesters. He also pointed out that media coverage of the incidents was unfair. He noted the Snohomish County Tribune featured two videos recorded by pro-abortion activists in just one article about the protests.

In a letter, Heffron asked Everett city attorney David Hall to rescind the policy restricting free speech on city sidewalks. He cited McCullen v. Coakley and Rosenberger v. Rector & Visitors of Univ. Of Virginia to show that banishing the pro-life counselors and making their speech ineffective was clear evidence of an "egregious form of content discrimination" in which "the government targets not [just] subject matter, but particular views taken by speakers on a subject" and makes "the violation of the First Amendment ... all the more blatant."

It was thus, he argued, that allowing the pro-abortion protesters near the abortuary is "obviously unconstitutional."

Heffron said the threat of a lawsuit to defend the constitutional rights of the pro-lifers apparently convinced city officials to finally rescind the order for a barrier at the abortuary.

Across the country, abortion agitators are getting more and more aggressive. That's a legitimate worry for city law enforcement. Pro-lifers have to hold to a higher standard because there is a lot of what we call "abortion distortion" in the law, and a lot of the time they [pro-lifers] are not treated as well. My advice to our people on the sidewalks is: Don't get arrested. If you do, withdraw from the area and get the lawyers involved. In the end, the city did the right thing. It just takes some legal pressure at times.

Monica Miller, a professor of theology and veteran pro-lifer who directs Citizens for a Pro-Life Society, wrote in a response to Church Militant that "the aggressive tactics of pro-abortion activists haven't changed much in the last 10 years," stating the so-called "escorts" are their most frequent antagonists outside abortion facilities. What did change, she said, were the "massive counterdemonstrations in February 2017 by pro-abortionists in reaction to the election of Trump" and the prior Women's March in Washington, D.C.

"We held our nationwide #ProtestPP that month all over the U.S. Thousands of pro-abortion demonstrators met us in front of the Planned Parenthoods. We have never seen anything like it since. If anything, it's our tactics that changed with things like Red Rose Rescue," she explained.