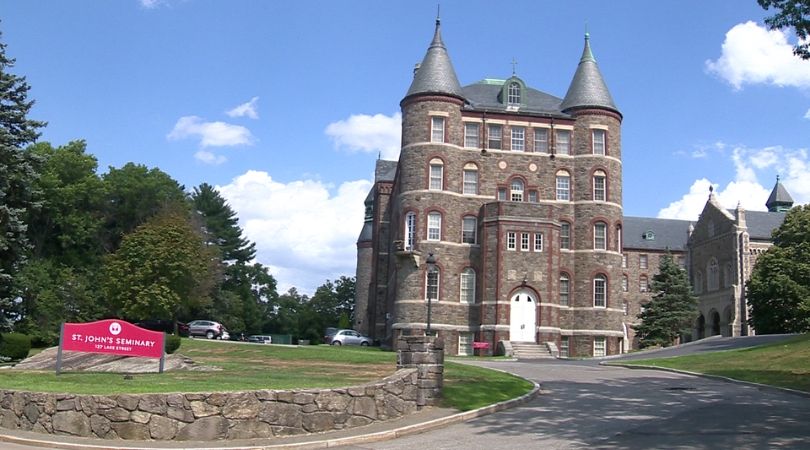 BOSTON (ChurchMilitant.com) - A Pennsylvania seminary investigation has confirmed the presence of a gay subculture, while an investigation into a Massachusetts seminary drags on without a clear end in sight.

In response to Church Militant's query into the investigation of Boston seminaries, Terence Donilon, spokesman for the Boston archdiocese, said, "The independent review is in the final stages and once completed a report will be forwarded to the Archdiocese. As we indicated from the start we will issue a public statement in the near term."

But a source close to the situation told Church Militant that Cdl. Sean O'Malley is dismissing the gravity of the offenses, telling a group of seminarians that "they found nothing illegal." His comments stand in marked contrast to the original reasons he gave for launching the investigation in August 2018:

At this time I am not able to verify or disprove these allegations. As Archbishop of Boston, with responsibility for the integrity of the seminary and its compliance with the Church's Program for Priestly Formation, I am committed to immediate action to address these serious matters and have made the following decisions regarding St. John's Seminary.

O'Malley launched the investigation after John Monaco, an ex-seminarian, reported homosexual miscdonduct he experienced there.

Meanwhile, O'Malley appointed Rev. Stephen Salocks to be interim rector, selecting his own people to handle the investigation. After complaints that Moroney's presence was compromising the investigation, he left the archdiocese of Boston and was called back to his home diocese of Worcester in December.

Church Militant contacted Monaco for his reaction to O'Malley's claim that "they found nothing illegal" during their seminary investigation.

Whether the investigation found anything 'illegal' or not is irrelevant.

"Is a faculty member getting drunk with a clique of seminarians illegal? Probably not," he continued. "But is it conducive to proper priestly formation? Absolutely not."

"The sooner this investigation concludes, the better — and when it is finished and published, I am confident that I will be vindicated in my claims," he added.

Without archdiocesan updates and a clear end to the investigation in sight, the question of O'Malley's potential "whitewashing" of the gay scandal investigation remains.

The investigation into St. Charles Borromeo Seminary has concluded, according to Jim Delaney, who runs the archdiocese of Philadelphia's investigation office.

A source close to the situation confirms that the investigators found evidence of homosexual predation of seminarians as well as excessive drinking, as Monaco reported publicly last year.

As a result, the investigation office recommended the seminary be more precise when reporting improper conduct. For example, the file of a seminarian who harassed Monaco and others ― and whose name appeared in the Pennsylvania Diocese Victims Report ― merely read "conduct unbecoming of a seminarian" when it should have read "sexual harassment."

Monaco told Church Militant, "Merely one day after my testimony was published, the archdiocese of Philadelphia reached out to me and arranged for me to meet with their investigation team. My claims were confirmed and recommendations were made to ensure that no seminarian will experience what I did at St. Charles."

The investigation office recommended the seminary be more precise when reporting improper conduct.

"I am extremely grateful to Mr. Delaney, Abp. Chaput and the archdiocese of Philadelphia for their professionalism and courteousness," Monaco said. "This is what a proper response to abuse should look like."

Church Militant contacted St. Charles Borromeo Seminary for comment but did not receive a response as of press time.

Bishop Timothy Senior sold the Wynnewood seminary property (once listed as "Overbrook," prior to postal changes in the area) to Main Line Health in May. According to Bp. Senior, the seminary will be relocated to Aston, Pennsylvania, near the campus of Neumann University. The seminary will continue to exist as the Philadelphia archdiocese's seminary for priestly formation established in 1832.