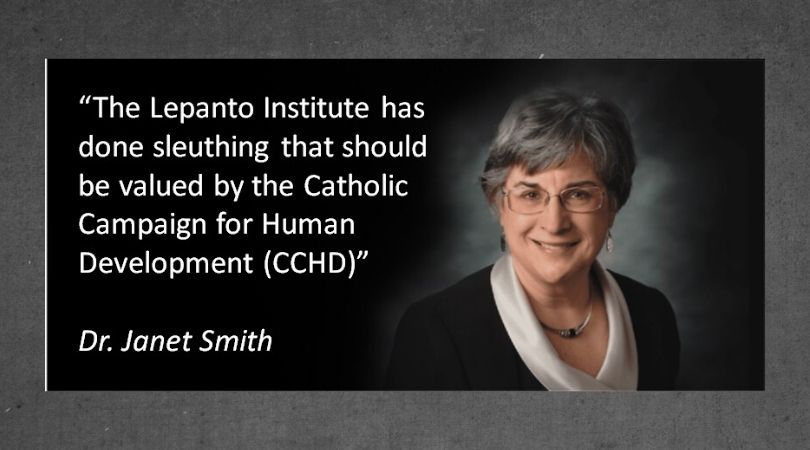 In July of 2019, the Lepanto Institute published a report on a $750,000 grant from the Catholic Campaign for Human Development (CCHD) that went to an organization called the Ignatian Solidarity Network (ISN). At issue was the fact that ISN has published a number of articles affirming homosexuality and transgenderism and hosts an annual conference that includes workshops geared toward indoctrinating high school-aged children in homosexual and transgender activism. A couple of weeks later, the CCHD defended its grant to ISN, claiming: 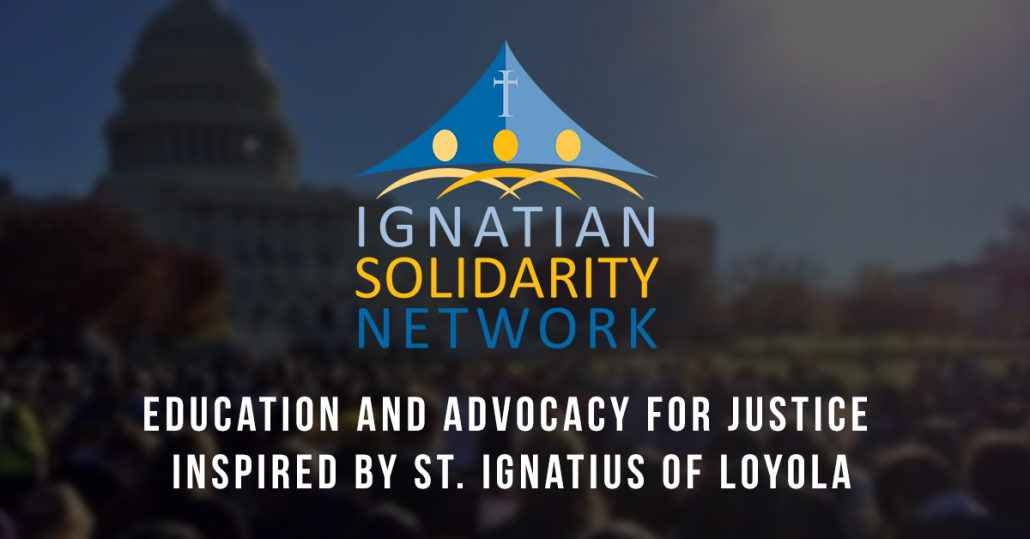 The Ignatian Solidarity Network (ISN) was not encouraging or promoting anything contrary to Catholic teaching. The topics and workshops were designed to inspire inclusion and safety for those who are physically or emotionally threatened for being LGBT, in line with the Catechism's instruction that every sign of unjust discrimination in their regard should be avoided.

Four months after that, ISN held another conference, which again included open promotion of LGBT activism.

Faithful Catholics continue to be upset that Catholic funds went to an organization blatantly acting against Church teaching.

Faithful Catholics continue to be upset that Catholic funds went to an organization blatantly acting against Church teaching, so the Lepanto Institute asked moral theologian, Dr. Janet Smith, to examine the issue and prepare a moral analysis of the situation. Dr. Smith is the author of several books and many articles on Humanae Vitae, human sexuality, contraception and abortion. She served three terms as a consulter to the Pontifical Council on the Family and also served as a member of the Anglican-Roman Catholic International Commission III for eight years. She has received two honorary doctorates and several other awards for scholarship and service.

Dr. Smith carefully weighed the evidence provided by the Lepanto Institute and the defense given by CCHD and affirmed the Lepanto Institute's findings, saying, "The CCHD should welcome feedback from diligent Catholics, and when they are correct, they should remedy poor judgments. This is just such a time."

Dr. Smith pointed out that, despite ISN's claim to teach with Church teaching, it "has articles posted on its website that promote homosexual relationships and hosts speakers who promote same-sex marriage and who accept that some people's biological sex is not their authentic sex." Upon examining those articles and speakers, Dr. Smith continued by saying,

There is absolutely no indication that, when teaching about homosexuality or transgenderism, the presenters give a clear and supportive presentation of homosexual acts as contrary to God's plan for sexuality. To fail to explain and promote such teaching is to do a disservice to those who turn to the Catholic Church for guidance on God's teaching on sexuality.

The Catechism of the Catholic Church clearly presents Church teaching on homosexuality and transgenderism, stating, "Homosexual acts are intrinsically disordered. They are contrary to the natural law. They close the sexual act to the gift of life. They do not proceed from a genuine affective and sexual complementarity. Under no circumstances can they be approved" (section 2357).

After referencing ISN materials, which speak of "inclusivity" regarding the LGBT community and affirmation of them within their identities as homosexual or transgendered, Dr. Smith eviscerates the CCHD's defense of ISN, which claimed it to be in line with Catholic teaching:

Any program that is faithful to Church teaching could not promote such affirmation and rather should help individuals understand that their sexual identity, their gender, is the same as their biological sex; it is something God-given and it should be the foundation of their identity as beloved sons and daughters of God.
…
The fact that not a single article appears on the ISN website that explains that homosexual sexual acts are not in accord with God's will for sexuality, that makes no reference to the passages in the Catechism that teach why such acts are not in accord with God's will, that makes no reference to any Church documents that address transgenderism, undercuts their insistence that they are teaching nothing against Church teaching.

Dr. Smith then questioned the integrity of ISN by pointing out that their omission of the fullness of Catholic teaching on homosexuality and transgenderism "falsifies their claim to be faithful to Church teaching." She wrote:

There is much reason to think that in fact they promote an acceptance of homosexual sexual acts and transgenderism that is not compatible with Church teaching and the fact that they present the Church's teaching on these matters in a very selective way falsifies their claim to be faithful to Church teaching.

Despite the CCHD's insistence that "[t]he Ignatian Solidarity Network (ISN) was not encouraging or promoting anything contrary to Catholic teaching," Dr. Smith responded that Catholics "have no reason to be confident that the materials and programs of the ISN fully present and promote the Church's teachings on homosexuality and transgenderism."

We had to dig deeper.

For over thirty years I was on the board of a Catholic organization that would give around a million dollars a year to Catholic apostolates. One of our primary concerns was to determine that the organization requesting a grant was fully faithful to Church teaching. Sadly, it is not enough that an organization calls itself Catholic, that it has Catholics on its board, and that it makes strong assurances that everything it does is in accord with Church teaching. We had to dig deeper.

The Lepanto Institute has done sleuthing that should be valued by the Catholic Campaign for Human Development (CCHD): It has dug deeper into the organizations with which the CCHD — an organization that is a part of and represents the Catholic Church — is associated and which it funds. It should welcome an investigation that uncovers activity that is not in accord with Church teaching.