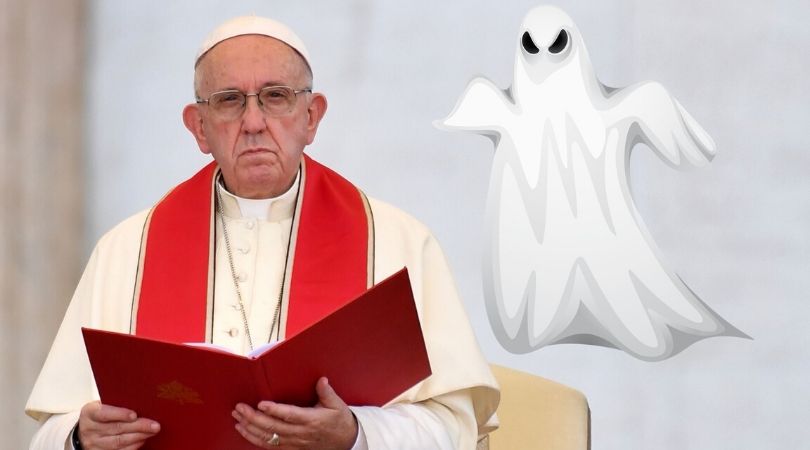 Thou shall not convert anyone to Catholicism

Like a teenager tormenting his parents with Heavy Metal, Francis is amplifying his polemic against proselytism to earsplitting decibels.

"Proselytism is a sinful attitude," he fulminated, en route to a 2016 gabfest with Lutherans, counting down to the 500th anniversary of arch-heretic Martin Luther hammering a nail on a Wittenberg church door.

When a girl told Francis she wanted to invite her unchurched friends to church, Francis grabbed his interfaith fire extinguisher and hosed down her evangelistic brio.

"It is not licit that you convince them of your faith; proselytism is the strongest poison against the ecumenical path," he chided. Then, with Jesuitical equivocation rivaled only by the Weird Sisters in Shakespeare's Macbeth, he added: "You must give testimony of your Christian life ... But without wanting to convince."

"Proselytism is a solemn nonsense, it makes no sense," the pontiff purred to his pet hack Eugenio Scalfari, when asked if he would try to "convert" La Repubblica's lefty, atheist editor.

Francis is as slippery as a used car's warranty when explaining what he means by proselytism (or evangelism, for that matter). He's following Humpty Dumpty's dictum from Alice in Wonderland, "'When I use a word,' Humpty Dumpty said in rather a scornful tone, 'it means just what I choose it to mean — neither more nor less.'"

The closest he comes to defining "proselytism" is in a soapbox rant before fellow Jesuits in Mozambique. "Evangelization is essentially witness," he told his Ignatian compadres. "Proselytizing is convincing, but it is all about membership and takes your freedom away." If you're insured for cerebral aneurysm, try deciphering his weaponized ambiguity.

Francis told the Jesuits of a young woman who introduced to him a Hindu boy and Anglican girl who had "converted to Catholicism." Francis admits he "felt a certain bitterness" after the encounter with them "because she told me in a triumphant way, as though she was showing off a hunting trophy."

You can't tell Jewish and Muslim children, 'come and be converted.'

Did Bergoglio think the converts were coerced into converting to Catholicism? Does the pope's infallibility extend to interpreting her tone? Isn't it more likely the woman was simply super-excited to introduce two converts to a successor of the Apostles?

Francis even berated the hapless Pilo Albertelli High School students in Rome: "You can't tell Jewish and Muslim children, 'come and be converted,'" as "We are not in the times of the Crusades."

His sardonic sermonizing against proselytism peaked during the pandemic. The world watched Francis' bumbling online pulpiteering — and an almost daily bungling of biblical texts. "Conversion" is a swear word, never mind Francis' ugly caricature of the biblical term in his daily homilies.

The pope's imprecations against "conversion" cease miraculously when Francis proselytizes the global community on greenhouse gases. In this Grimm Brothers fairy tale, the Holy Father kisses the ugly toad named "gospel conversion" and it magically transforms itself into a stunning princess named "ecological conversion."

Evangelize, but don't convince. Witness, but don't persuade. Testify, but don't invite anyone to join the Church.

Proselytism is never a bad word in the Bible, where it occurs 89 times in different forms in both Greek Old Testament (LXX) and New Testament. The rabbis distinguished between Gentile proselytes to Judaism who were circumcised and bound themselves to keep the whole Mosaic Law and those who were uncircumcised and kept only the Noachide laws. There were proselytes in the motley mob on the day of Pentecost! If it was good enough for the Bible, it should be good enough for Catholics, no?

Paradoxically, Francis' polemic against proselytism is itself turning into proselytism. "Of course, there are many forms of proselytism. The one practiced by soccer teams acquiring fans is all right, obviously!" Francis exclaims. "We must evangelize, which is very different from proselytizing."

But, Holy Father, you've not told us what the difference is. And why is it we almost never hear you telling us to go out to the uttermost parts of the earth and convert heathens like missionaries have done since the day of Pentecost?

We are mind-numblingly discombobulated by Francis' exhortations which die the death of a thousand caveats: Evangelize, but don't convince. Witness, but don't persuade. Testify, but don't invite anyone to join the Church.

If St. Paul took Pope Francis seriously, we'd be left with a fat-free version of the Acts of the Apostles. "Every sabbath," the Apostle to the Gentiles "would argue in the synagogue [in Corinth] and would try to convince Jews and Greeks" (Acts 18:4). The Greek word for "argue" or "reason" is dialegomai — "dispute." And the Greek has an equally strong word for "convince" — peitho — "persuade."

In Ephesus, St. Paul "entered the synagogue and for three months spoke out boldly, and argued (dialegomai) persuasively (peitho) about the kingdom of God" (Acts 19:8). "Not only in Ephesus but in almost the whole of Asia this Paul has persuaded (peitho) and drawn away a considerable number of people by saying that gods made with hands are not gods (Acts 19:26), reports St. Luke.

Even King Agrippa tells Paul: "In a short time would you persuade me to be a Christian?" (Acts 26:28).

Wherever Paul went, he proselytized and even triggered riots because people left their previous cults and religions and joined the Church. Wherever Pope Francis and his cardinals go, people of other religions serve tea (and halal samosas at Ramadan Iftar meals).

I could go on till hell freezes over (or the Vatican runs out of cash) and demonstrate from Scripture and church history how missionaries always married skillful persuasion to holy witness. If it was good enough for St. Paul, it's good enough for me.

Of course, there are many forms of proselytism. The one practiced by soccer teams acquiring fans is all right, obviously!

Evangelistic witness has always married words to works. Our words clarify our works and our works give credibility to our words. So if we feed the hungry, we don't do it as social workers; we explain why we are doing it and in doing so we introduce people to the Bread of Life so they are fed — not just for this life, but for eternal life.

But if we pretend that their religion is equally salvific, as the pontiff seems to be doing when he called for pan-religious prayer meetings on Mount Carmel (watch out for Elijah!), that's neither evangelism nor witness, isn't it? This is precisely what the Catholic Church has been doing since Nostra aetate, yeah?

If someone gave me a dollar every time a Catholic priest or bishop in India told me "evangelism is making a Hindu a better Hindu, a Muslim a better Muslim," I'd have enough money to plug the black hole in Peter's Pence.

At a recent conference, Christians were asked how important evangelization was to their understanding of the Christian faith. Affirming it's critical were 60% of mainline Protestants, 85% of Evangelicals and only 3% of Catholics. And Pope Francis rails against his pet straw man phantom of Catholics proselytizing?

In the vestibule of the Gesù, the headquarters of the Jesuits in Rome, stands a towering full-length statue of the founder St. Ignatius of Loyola. On the base of this statue are inscribed Ignatius' words to his Jesuits: Ite et inflammate orbem — Go forth and ignite the world. In a corner opposite the statue, there is a red fire extinguisher.

When Pope John Paul visited the Gesù in 1983 he remarked wryly upon the apt juxtaposition. Imagine what he'd say today! 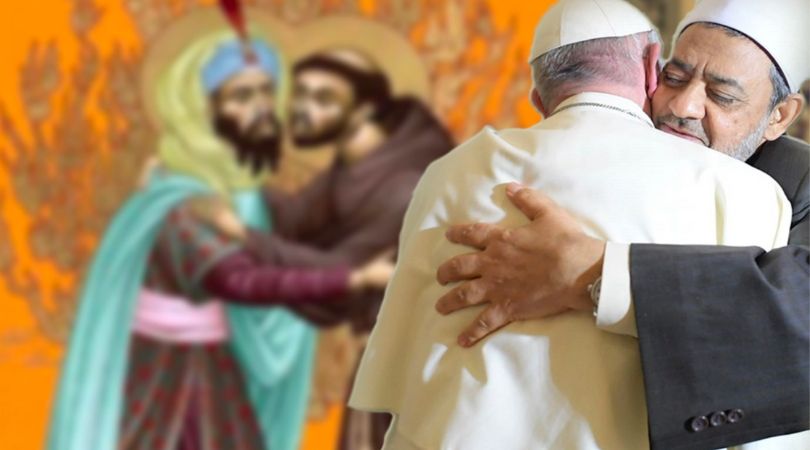