The gay lobby has done a masterful job of promoting lies and misinformation to further the LGBT agenda. With the sudden and untimely death of Dr. Joseph Nicolosi, a Catholic and a pioneer in reparative therapy, a coalition of mental health professionals and clients are looking to preserve his legacy through two projects aimed at educating the public about the true nature of homosexuality and transgenderism.

Fundingmorality.com, a unique, faith-based alternative to secular crowdfunding, is hosting the campaign sponsored by the National Taskforce for Therapy Equality. The first project aims to create a series of short explainer animation videos designed as a public service to balance the misinformation spread by LGBT activists. A second project involves a documentary on Nicolosi, a leader in the fight against sexual brokenness.

When the medical profession first approved puberty blockers and cross-sex hormones as a "treatment" for children in 2011, Michelle Cretella, president of the American College of Pediatricians, says she was horrified. She helped author the ACP's press release on the subject, "Chemical Castration — Not the Best for Children," where she called it child abuse.

Activists have gained a critical mass within the profession, and they have such a stranglehold on psychology that no one dares to defy them.

The animated videos are designed to appeal to a broad age range of people, especially the younger generations, that have been the target of so much of the propaganda. They will cover the causes of homosexuality, what a change in sexual orientation means and the science of it. This may be the only time young people are told that they do not have to let same-sex attractions define who they are.

Most importantly, the videos will show the difference between so-called "conversion therapy" and reparative therapy. With so many states and local governments looking to pass laws banning therapy for minors and adults wanting to rid themselves of same-sex attraction, countering the lies told to legislators would prevent further abuse of children by allowing them to have therapy for the homosexual attractions often present after homosexual sex abuse.

Nicolosi's wife Linda says in her tribute to him, "The psychological profession has lost its intellectual integrity."

Using the examples of celebrating and promoting gender reassignment surgeries as "a legitimate form of treatment" while scorning any "traditional, nature-based worldview and sense of self," she goes on to say, "Activists have gained a critical mass within the profession, and they have such a stranglehold on psychology that no one dares to defy them."

But Nicolosi "did persist in defying them," she says. The video documentary project on Fundingmorality.com will show how and why Nicolosi's work was so effective with the thousands of men he helped.

One example is David DeJiacomo, a former homosexual whose addictions kept him chained to a life of sin. Assisted by Catholic priests and a reparative therapist trained in Dr. Nicolosi's methods, DeJiacomo overcame his unwanted same-sex desires and addictions and has become a "God-fearing man who lives a life consistent with Biblical principles."

"I believed I was born this way," DeJiacomo told Church Militant in an interview in March. "There was nothing I could do about it. But right now, what I'd say to them now is this: I am living proof that it's a lie. You can get out."

Dr. Nicolosi's work continues to influence therapists, and his documentary will illustrate exactly what reparative therapy is and ensure that his methods will continue to be used to help people overcome their struggles with same-sex attractions and live the life that they want to live.

Science has disproven the "born that way and can't change" theory. The misinformation spread by the gay lobby needs to be countered. Thousands of mental health professionals and their clients have banded together to file a Federal Trade Commission Complaint, documenting the blatant lies about reparative therapy in an effort to stop the legislative push to ban it.

The Download—Not Born That Way 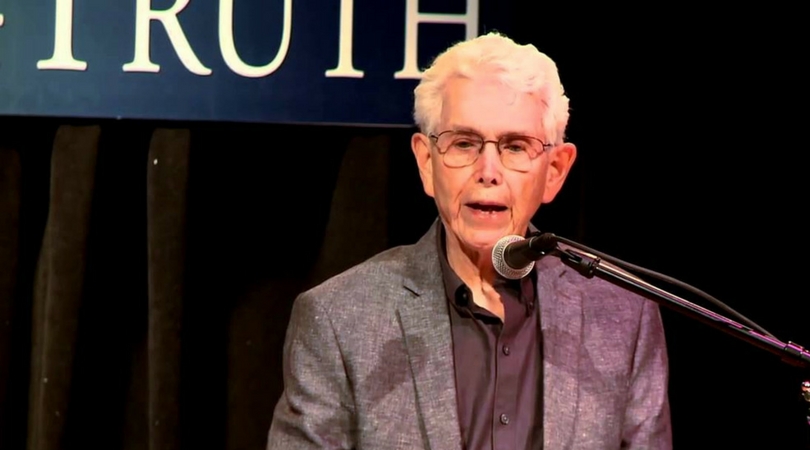