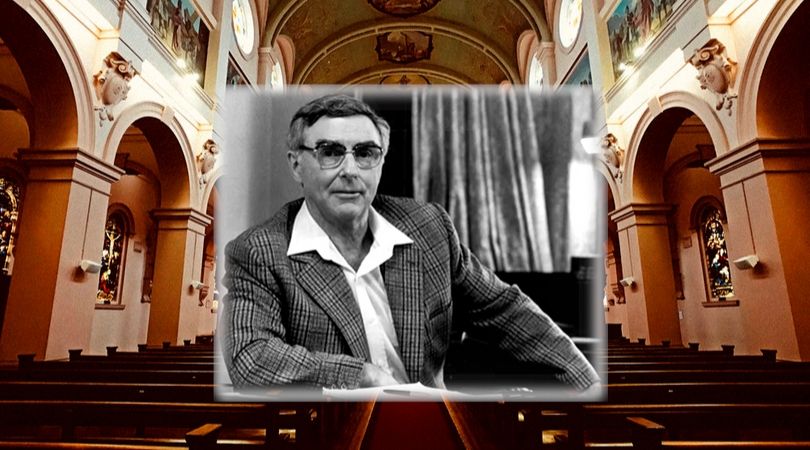 At least 16 predators were admitted to seminary

MELBOURNE, Victoria, Australia (ChurchMilitant.com) - A psychologist who dissented from Catholic Church teaching and was posthumously accused of sexual misconduct by some of his patients served as a mental health gatekeeper for Catholic seminarians in Australia for nearly 30 years.

Ronald Conway, a psychologist consultant for the archdiocese of Melbourne from 1969 to roughly 2001, worked with Eric Seal, a psychiatrist, screening applicants to Corpus Christi seminary in Carlton, Australia, where the two effectively became the mental health gatekeepers of the seminary.

During the Conway and Seal years, 16 sex abusers attended the seminary and became priests.

During the Conway and Seal years, 16 sex abusers attended the seminary and became priests.

In addition to their work as mental health gatekeepers, Conway and Seal also treated priests and religious brothers guilty of sex abuse as a part of a system Church officials established to "deal with the problem of child sexual abuse 'in-house,'" according to the Royal Commission.

Their screening process was lax.

One candidate for Corpus Christi reported to the Royal Commission that he was deemed fit for the priesthood in 1993 after a 90-minute exam in which he completed an inkblot test (Rorschach test) and sorted a series of colored cards.

Conway described Paul Pavlou, another Corpus Christi applicant, in 2001 as a "better than average" candidate for priesthood despite concluding that Pavlou had "a much richer fantasy life than Paul is willing to commit to paper."

Pavlou was ordained in 2004, at which time he had already raped a 12-year-old boy more than once. Soon after Pavlou received a parish assignment in 2006, he assaulted a 14-year-old boy.

Conway authored six books on Australian culture and society and was a regular contributor to publications such as The Age and The Australian.

Many considered him a respectable Catholic thinker and social commentator.

Tony Abbott, former prime minister of Australia, described Conway as a "prophet" in a tribute after Conway's death in 2009: "His particular gift was to help young men to understand that masculine love did not mean they would become sooks. He was indeed a prophet and he should be honoured in his own country."

Conway's works include a fierce defense of Sigmund Freud ― the controversial Austrian founder of psychoanalysis ― praise for the psychotherapeutic use of the hallucinogenic drug LSD and an interest in world religions.

His thoughts deeply aligned with those of Freud and Carl Jung, the controversial Swiss founder of analytical psychology, which led Conway to challenge the Catholic Church's teachings on artificial contraception and maintain that the Church overemphasizes sexual sins.

Conway played his role in the clergy sex abuse crisis in Victoria and Tasmania based on his gatekeeper status for Corpus Christi; however, there are other bad actors.

According to a conservative snapshot from the Royal Commission ... at least 75 convicted and alleged sex offenders emerged from Corpus Christi.

The Age published a story Tuesday about how predatory clergy in Victoria, Australia, worked together to share their victims and establish an informal network for covering up their crimes.

According to the investigation, Corpus Christi was at the center of one of these networks:

At the centre of a number of these networks was Melbourne's seminary — Corpus Christi — which has produced about 1000 priests over almost 100 years, including jailed Cardinal George Pell and convicted child rapist Gerald Ridsdale. According to a conservative snapshot from the Royal Commission into Institutional Responses to Child Abuse, at least 75 convicted and alleged sex offenders emerged from Corpus Christi. The true figure is not known.

Corpus Christi seminary is the regional seminary for the dioceses of Victoria and Tasmania. A board of bishops ― the archbishops of Melbourne and Hobart and bishops of Ballarat, Sandhurst and Sale ― oversee the seminary.

After his death in 2009, some of Conway's former patients accused him of sexual misconduct. Their allegations have not been substantiated.