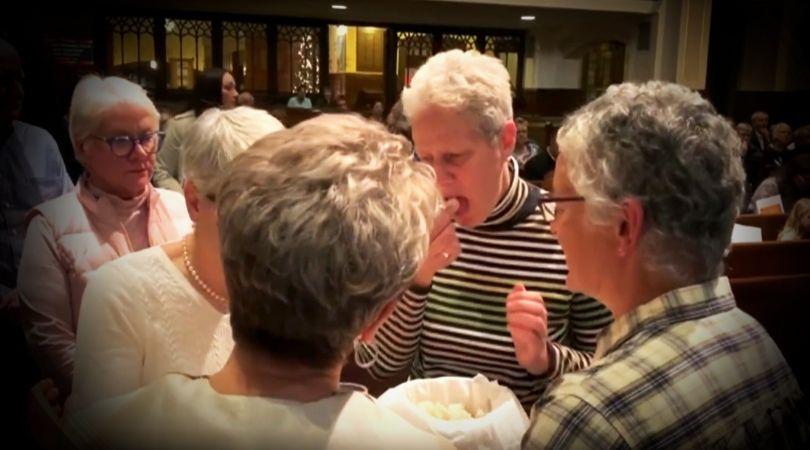 Catholic Pastor: Denial 'cause of great sadness' for him

GRAND RAPIDS, Mich. (ChurchMilitant.com) - An openly lesbian judge whose Catholic priest denied her Holy Communion with the support of his bishop attended an "inclusive" Methodist service and took communion with her partner.

Bishop David J. Walkowiak of the Grand Rapids diocese supported Fr. Nolan in the wake of local news coverage and some of the pastor's parishioners trying to force his resignation.

To me, this is also a cause of great sadness in my own life as a priest.

On Sunday, First United Methodist Church in Grand Rapids (FUMC-GR) responded to this situation by holding an "inclusive" service for Judge Smolenski and her partner, Linda.

Robed in an alb and draped in a stole, Rev. Tim Tuthill stood in front of the Methodist congregation and began the service: "We welcome you to this inclusion service of word and table, a table where all are welcome, where all are loved by God."

"I'm a part of the LGBT community, too, so for me it's knowing that experience of being harmed or not having access to the church. I think we wanted to reach out and be a different voice," added VanDessel.

Smolenski took communion while her partner stood to her right, taking communion after her.

"I am so full of gratitude that these ministers, their congregation, have reached out to open this up and do what Jesus would do," said Smolenski, expressing bewilderment that the Catholic priest had denied her Holy Communion: "Why exclude anyone when they have sincere desire to come to God's table?"

VanDessel also told NBC News she hopes FUMC-GR can help heal division between the LGBT community and churches. To that end, VanDessel spotlighted that the "inclusive" services have a particular meaning.

FUMC-GR has a strong focus on including active members of the LGBT community.

The colors of the rainbow are on display in the header for the website: "WELCOME TO FIRST CHURCH! A faith community that is inclusive and affirming of ALL people."

Among the various groups FUMC-GR welcomes and "celebrate[s]" are "[p]eople of all sexual orientations and gender identities."

The United Methodist Church voted in February to bolster its ban on homosexual ministers and same-sex marriages after three days of debate at a conference in St. Louis, Missouri.

The decision has led to ongoing friction between progressive and conservative camps among Methodists, especially in the United States.

FUMC-GR has taken a strong stance against UMC's vote in February in favor of a progressive LGBT agenda.

Because of the marriage inequality that is currently being practiced within the United Methodist denomination, the pastors, staff, and lay leadership believe that we must take a stand for justice. Therefore, effective immediately,

Wedding ceremonies are ONLY available to active First Church members, their children, or faithful participants in the life and ministry of the congregation, regardless of sexual orientation or gender identity.

Should disciplinary action be brought against a FUMC pastor who performs a wedding ceremony for a same-sex couple in violation of the rules of the Methodist church, the people of First United Methodist Church will support that pastor financially through any church trial and penalties incurred.

"I speak my truth because God made me who I am, and I am not different; I'm just me," said Smolenski.

"It's not about me and it's not about the priest at my church. It's about really trying to say, 'Jesus wants everybody welcome at the table,'" she added.

In a follow-up interview with Fr. Nolan, the pastor told Wood TV 8 he was not targeting the LGBT community and that he knows being excluded from Holy Communion is painful for those excluded, adding that such exclusion also pains him as a priest: "To me, this is also a cause of great sadness in my own life as a priest." 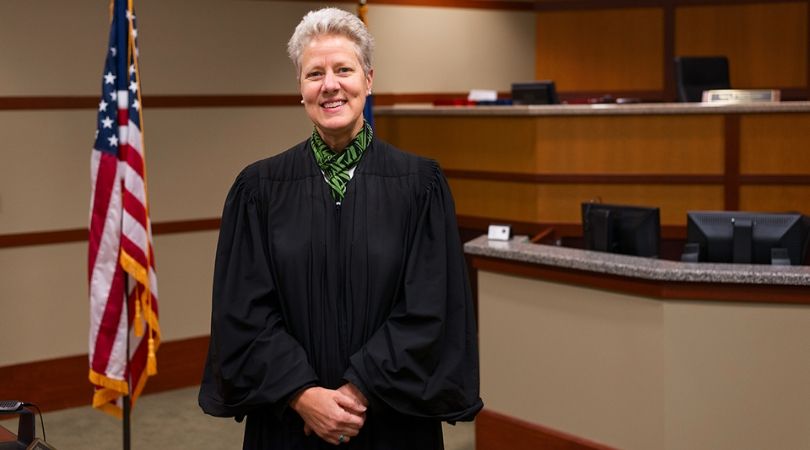