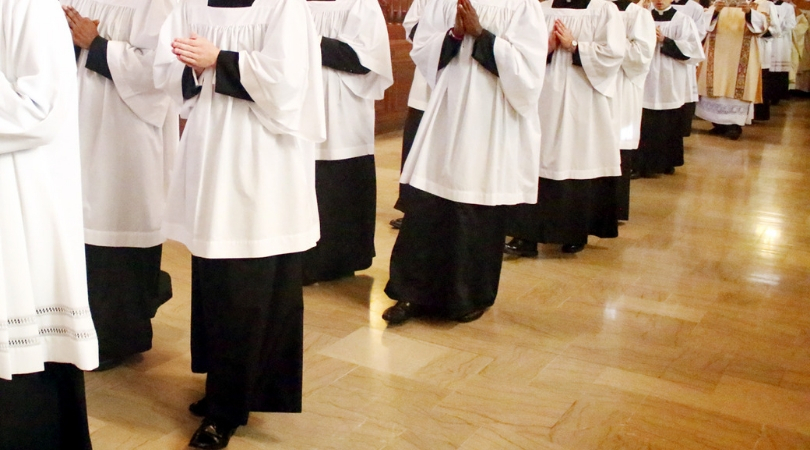 Is the current Catholic sex abuse scandal related to homosexuality?

Yes. The current scandal includes mostly revelations about male on male sexual abuse of seminarians, where the victims are adults. These kinds of cases were not even considered in the responses to the 2002 scandal, which was about the criminal abuse of minors.

Was the 2002 scandal also related to homosexuality?

The U.S. Conference of Catholic Bishops commissioned two reports, one in 2004 and in 2011, by the John Jay College of Criminal Justice to study the reported cases of clerical sex abuse from 1950 through 2002 and 2010 respectively. Both reports found that over 80% of the victims were neither girls, nor pre-pubescent children (true pedophilia), but pre-teen and teenage boys. These results clearly indicate that the problem was male on male predation by priests against under-aged boys.

Over 80% of the victims were pre-teen and teenage boys.

Is there a "homosexual subculture" which exists within certain Catholic institutions?

Yes. In a 2002 survey of a national sample of 1,852 Catholic priests by the Los Angeles Times, 44% responded "yes" when asked if there was a "homosexual subculture in your diocese or religious institute". To the question, "In the seminary you attended, was there a homosexual subculture at the time?" 53% of recently ordained priests responded "Yes" (reported in Hoge and Wenger, Evolving Visions of the Priesthood, p. 102. Their own concurrent survey yielded 55% "Yes" to the identical question.)

Books by former seminary rector Donald Cozzens and psychologist Richard Sipe have described how such subcultures encourage and cover up sexual misconduct. Predatory priests and superiors can abuse the confessional by grooming victims who confess sexual temptations. Grossly immature priests are clueless about the extent of the harm they are causing. Cozzens, who writes from firsthand experience, relates that sexually active homosocial groups were at times so dominant that heterosexual men felt that they did not fit in, and left the seminary.

Numerous reports from clergy and seminarians are coming out worldwide which confirm the existence of networks of homosexually active men who cover for each other.

Read the rest at the Ruth Institute.