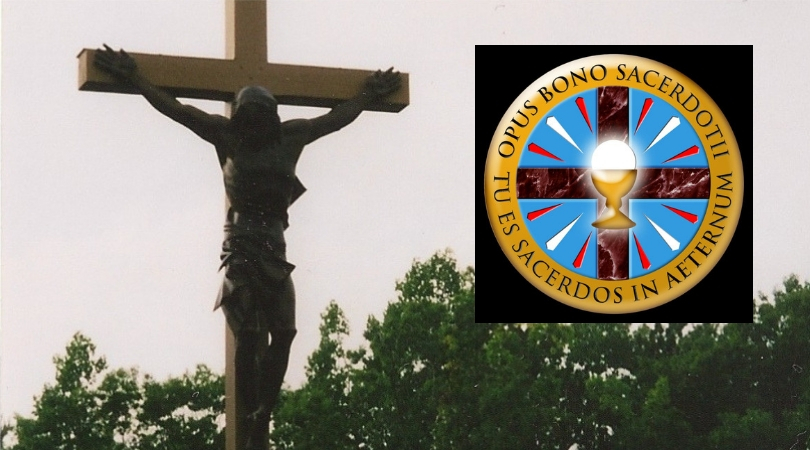 Co-founders ousted after charges of fraud and questionable bookkeeping

A Michigan-based charity that provides financial, legal and other assistance to current and laicized Catholic clergy has emerged from a government-enforced reorganization. Opus Bono Sacerdotii, based in Dryden in Michigan's Lapeer County, underwent an intensive attorney general investigation in 2018 that concluded, among other things, the organization engaged in unauthorized and excessive compensation as well as deceptive marketing practices.

Under the terms of the settlement between Michigan's then-Attorney General Bill Schuette and Opus Bono, the organization terminated its two founding members, Michigan residents Joe Maher as president and Pete Ferrara as treasurer.

The January 2019 settlement also required Maher never again engage with a nonprofit entity in the state. The Detroit News reported: "Maher, one of the group's founders, will resign by March 31 and will not rejoin the group 'in any capacity,' nor can he ever form another charitable entity in Michigan."

A March 22 Opus Bono donor letter, however, reveals Maher had been named president of Men of Melchizedek, "a new charity with the mission of ministering to priests in crisis."

The Men of Melchizedek website claims the nonprofit is based in Indiana but lists its address as a post office box in Michigan's Cheboygan County in the northern Lower Peninsula: 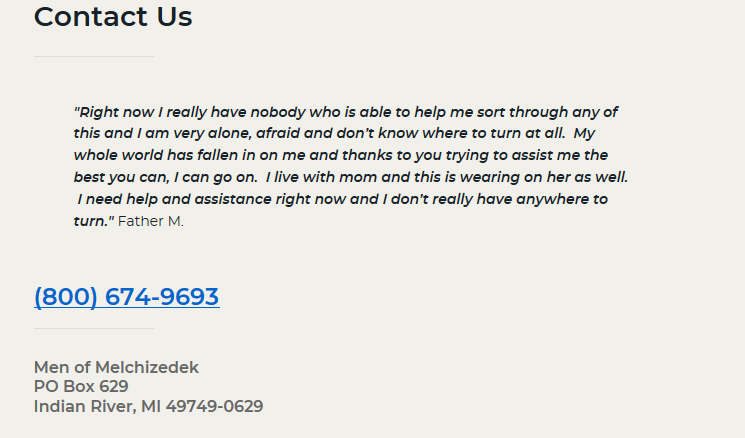 Opus Bono Sacerdotii — translated as "work for the good of the priesthood" — was founded in 2002. As noted by Church Militant in a July 2018 article, the impetus leading to the group's formation was defending a priest accused of sexual improprieties who was eventually found not guilty in 2002.

The Men of Melchizedek website claims the nonprofit is based in Indiana but lists its address as a post office box in Michigan's Cheboygan County in the northern Lower Peninsula.

The purpose of the nonprofit was to raise money that would be used to "to facilitate immediate and confidential assistance for difficulties including vocation crisis, relationship issues, financial guidance, abuse allegations, spiritual direction, psychological counsel, medical aid, and emotional support amongst others," according to the group's website.

However, the Michigan attorney general's investigation resulted in an extensive list of Opus Bono wrongdoing:

Maher and Ferrara used assets from the organization for meals, expenses, travel and auto leases without board supervision and "routinely, and without authorization, withdrew or transferred OBS funds to themselves as 'compensation,'" Schuette said in a July statement. Between 2014 and 2017, that compensation allegedly totaled $1.7 million, including $55,000 in compensation for Ferrara in a five-day period.

Schuette alleged the group's donations rose to more than $1 million annually starting in 2014 in part due to mailings that "fabricated quotes from priests purportedly helped by OBS to make their stories more sympathetic." ...

Ferrara, a shareholder in the charity, was fired from the organization in October, according to the settlement, after the board learned he had received more than $143,000 in "unauthorized compensation" in 2017.

Ferrara brought in $306,395 in 2017 when the board had authorized a salary of $162,951. Compensation consultants are examining whether he took additional unauthorized compensation during 2012–16, according to the agreement.

Opus Bono maintained its innocence in its late March letter from its board of directors; stating, for example, that they had "purchased lumber and other materials for office renovations and maintenance — work we did ourselves to save money that was better spent on helping priests."

Defending itself against claims of deceptive advertising, the letter states its "former practice of creating a 'composite priest' for our monthly letters ... were drawn directly from letters, emails, and phone calls we’ve received from priests."

The board also announced its new president, an attorney named John Smith, would begin April 1. They also declared a "refocusing" of Opus Bono's mission, which includes conducting retreats for removed priests.

The letter states this program was initiated last fall but adds: "To meet this vital need, Opus Bono will focus on establishing and providing a retreat center for the hundreds of removed priests who have nowhere else to go for much needed spiritual reflection, support, and brotherhood."

Opus Bono has not responded to several requests for comment from Church Militant.