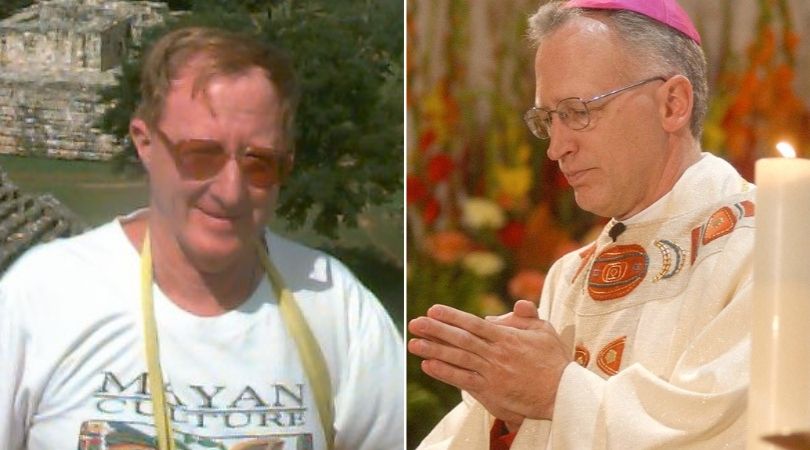 LANSING, Mich. (ChurchMilitant.com) - Lansing's Bp. Earl Boyea announced yesterday that he is finally taking action against Fr. William Auth, O.S.F.S., following publication of an exhaustive, damning investigative report by Roman Catholic Faithful (RCF) on June 30 warning that the priest is possibly involved in a multi-million-dollar financial scam and is a threat to minor children.

Father Auth is a member of the Oblates of St. Francis DeSales based in Toledo. He was ordained 50 years ago — the diocese of Lansing celebrated his anniversary in the June issue of FAITH Magazine — and apparently lives during summer months at a cottage he purchased with his brother in 1975 in Cement City, a small town 20 miles south of Jackson, Michigan, in the diocese of Lansing.

The reportage about 'the Angels,' as they came to be known, verified suspicions that there was indeed a strong network of priests and bishops who were recruiting active homosexual men to the priesthood.

Father Auth rose from obscurity into a virtually instant international poster-priest for bad behavior in 2000, shortly after RCF Founder and President Stephen Brady discovered the St. Sebastian's Angels internet chat room, in which more than 50 homosexual priests and at least one bishop spoke of their sexual exploits and preferences, along with pornographic images of themselves.

The reportage about "the Angels," as they came to be known, verified suspicions that there was indeed a strong network of priests and bishops who were recruiting active homosexual men to the priesthood. RCF's website contains archives of its original and extensive reportage about the group.

Auth, who was 57 at the time, posted a photograph in the chat room of himself with a 12-year-old boy on a trip in Mexico, where he has been director since 1991 of the school for local youth, Maya Indian Mission, Inc.

The photo shows Fr. Auth kneeling with his arm around the child's shoulder on a hill overlooking a massive Mexican historical site above a caption which read: "The little guy with me is not my current lover, but he was a guide äsuncion12 years old and a great little kid."

Brady told Church Militant he was pleased that Bp. Boyea has seen fit to remove Fr. Auth from ministry within the diocese of Lansing, but he remains discouraged that there has been so little interest among virtually all U. S. bishops and Catholic media in removing the worst kinds of priests, like Fr. Auth, unless they are forced by harsh media publicity.

The lack of interest in the sexual corruption of the Church is especially evident in the "mainstream Catholic media, as I indicted in an investigative report for Catholic World Report in 2000.

"The financial corruption is everywhere in the Church," Brady said, "and it's hard to get people to pay attention."

Since 1991, Auth has been stationed full-time at the non-profit organization Maya Indian Mission, Inc., located in the village Komchen in the Yucatan Peninsula, about seven miles south of the Gulf of Mexico.

While Fr. Auth he made his sexual perversions well-known through his persistent posting in the St. Sebastian's Angels' chat room, until last week virtually nobody has been aware of the finances of his school complex in Mexico.

RCF's seven-page report highlights apparent financial irregularities for a non-profit school of its type. The records show the mission owns no land or buildings, has no employees besides Fr. Auth and provides no scholarship or other assistance to students. Most money, it appears, either goes to Fr. Auth by way of salary and expenses or goes into savings and investments. The report states: "Form 990 for year 2016 shows a total balance of cash, savings and investments of $2,574,225," continuing:

The report compares financial records of Auth's mission to that of two similar organizations in the same region and concludes the bizarre accounting used provides Fr. Auth to set himself up for spectacular financial benefits.

Brady said the published numbers, on which the RCF report relies on for its analysis from Auth do not add up today, and they never did.

"In 1999 and 2000 when I first got tax records from the Mayan Mission I could see he was stashing away millions of dollars. I contacted the Diocese of Santa Rosa and nobody seemed interested," Brady said.

"When I looked at his tax records in 2000, he claimed his travel expenses were about $1,000, but in his newsletter, he said he was spending a lot of time in Brazil and traveling all over the country," Brady added. "There was no way in the world his reported expenses could pay for all of that. I thought he was stashing a lot of money away. I have no doubt he had $5 million hidden, because he was going to so many parishes in many states raising money."

Brady thinks it impossible for the Church to somehow clean up its pattern of financial chicanery, which allows apparent fraud to be rampant up and down any organizational chart within the Church. IRS and FBI need to get involved. There needs to be a criminal investigation.

Defenders of St. Sebastian's Angels have mostly cited the general consensual nature of their relationship and the strong support individual bishops give to the broad "gay subculture" the Angels represent.

This may be a reason Lansing former bishop, Carl Mengeling, was so strident about preventing any publication of any details about Fr. Auth 19 years ago, as well as why Bp. Boyea declined to restrict in any way the activities of Auth in 2012 when he was informed in excruciating detail about Fr. Auth's misdeeds:

Dcn. Murray did admit that Fr. Auth has faculties with the permission of the Diocese of Lansing.

Perhaps the most controversial part of RCF's report is the proximity of Fr. Auth and his home to reported cases of serial rape of minors.

But RCF's reports indicates Auth's cottage in Cement City is located about 15 feet from a house owned by his close friend and now ex-priest, Dennis Gray, who was a serial child rapist before leaving the priesthood in 1987.

Perhaps the most controversial part of RCF's report is the proximity of Fr. Auth and his home to reported cases of serial rape of minors.

A 2005 documentary, Twist of Faith, is about Fr. Gray, according to the RCF report. It "describes 42 alleged victims of Dennis Gray, as well as the cover-up by the Oblates of St. Francis de Sales, a congregation of Roman Catholic Priests. Court records show that 19 lawsuits were filed naming Dennis Gray."

Additionally according to the RCF report:

According to lawsuits, three victims reported that they were transported to Crystal Lake by multiple priests. The victims were served cocktails, raped, and sexually molested at former priest Dennis Gray's cottage. An investigator of Roman Catholic Faithful interviewed an alleged victim of Gray who stated that several of Gray's victims were raped in Fr. Auth's garage.

Church Militant emailed Bp. Boyea questions regarding Fr. Auth, including whether he was going to insist that his brother bishops in the state of Michigan likewise restrict Auth from ministry. Boyea's spokesman, Patrick O'Brien, replied that Bp. Boyea is on vacation and said, "I will do the best I can to get you a response in a timely manner."

Father Ken McKenna, O.S.F.S., provincial of the Toledo-Detroit province of the Oblates of St. Francis DeSales, did not respond to a request for information from Church Militant as of press time.

Phone numbers listed for Fr. Auth on an internet-based phone directory were out of service on Tuesday. 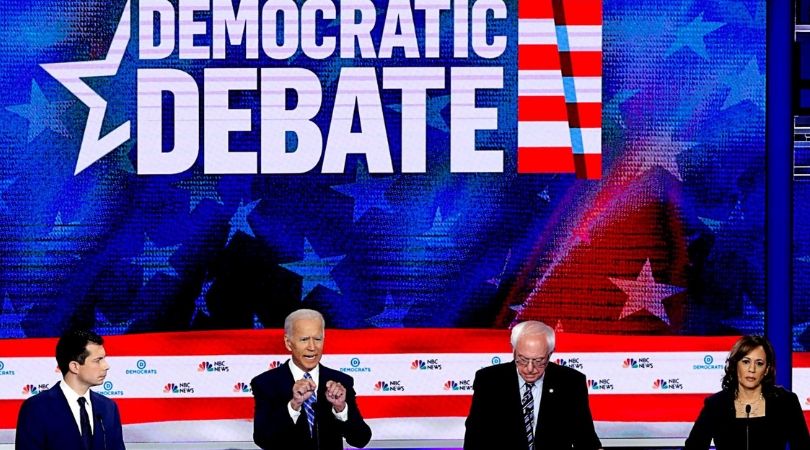 Is There Anyone Who Can Defend Catholic Schooling?
By Jay McNally   •   0 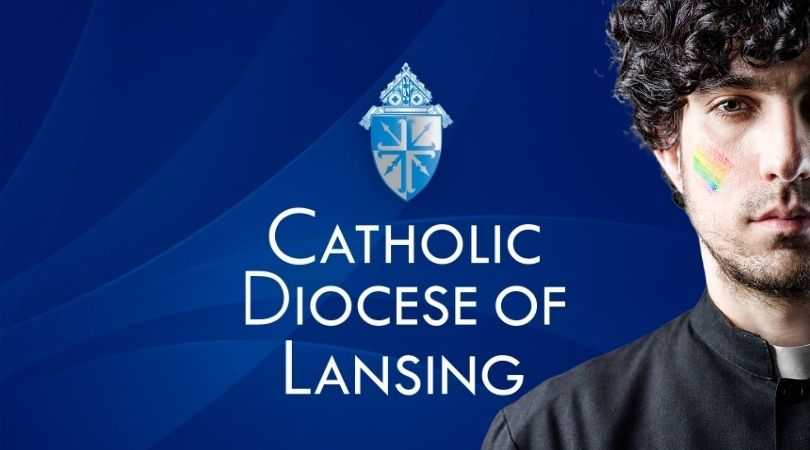 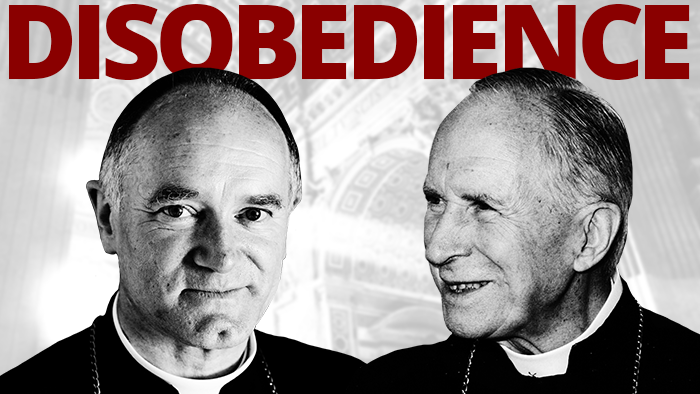