DETROIT (ChurchMilitant.com) - Pedophiles in Europe and the United States are calling themselves "minor-attracted persons" in the latest attempt to normalize the sexual abuse of children.

The Daily Mail found in its June investigation that several notorious child-sex offenders in Britain were using online platforms like YouTube, Instagram and Twitter to rebrand themselves as "minor-attracted persons" (MAPs) as if it were a harmless sexual preference.

Hashtags are being created online — such as #MAPPride and #Mappositivity — which are viewed as an attempt to normalize pedophilia as was already done with homosexuality. The anonymous users post memes proclaiming "Gay MAPs are amazing" and cartoon characters saying, "Repost if you think MAPs should be able to date minors." One such account, which has now been suspended, included the message: "Minor-attraction is natural."

The investigation found that every day, hundreds of social media accounts are identifying as MAPs, a rebranding that reportedly seeks to detach themselves from the "stigma" of the word pedophile. The report claimed that anonymous users have come up with their own rainbow "MAP Pride" flag. Some even argue they should be celebrated as a niche group alongside the so-called LGBT community.

The investigation also found many of these anonymous accounts have profile images of cartoon avatars rather than photographs. Most mentioned the ages of children to which they are attracted. One even admitted to being sexually attracted to children between the ages of "2 to 7."

They are a fiendish group of subhumans and they will find no haven in the LGBTQ community. We utterly rebuke their delusional and evil claims.

Gay rights campaigner Otep Shamaya wants no part of pedophilia being rebranded as part of LGBT.

Defending his own deviant lifestyle, Shamaya uttered, "They are a fiendish group of subhumans and they will find no haven in the LGBTQ community. We utterly rebuke their delusional and evil claims."

In 2018, medical student Mirjam Heine gave a TED Talk in English at the University of Würzburg in Germany. While chatter regarding pedophilia was mostly being relegated to social media and academic journals, Heine took it to the airwaves. Her motive was rooted in having a friend who is "a pedophile, only attracted to children between 6 and 12 years." Her aim is to communicate that her friend and others, who are saddled with such involuntary sexual feelings, should not be stigmatized but treated.

Heine claims scientific studies indicate 99% of pedophiles are male and 1%–2% of all males are pedophiles. This means, she asserts, that there are 60 million pedophiles in the world today — persons whose predominant sexual attraction is to "preadolescent children." Heine's thesis is that there must be a distinction between child sexual abuse and pedophilia in order to make progress.

"The cause is unknown," she retorts and claims that studies indicate the deviant orientation is unchangeable. She also claims people are born with it and that one is diagnosed a pedophile because of their orientation — regardless of whether they act upon it.

"We should accept that pedophiles are people who have not chosen their sexuality and who, unlike most of us, will never be able to live it out freely if they want to live an upright life," Heine says.

Her hope is not that we should ever excuse child sexual abuse, but rather that pedophiles who choose not to act out should be treated with respect in order to properly treat them. The goal, according to Heine, is that these people never are put in a position in which they are more likely to give in to their involuntary urges.

The goal, according to Heine, is that these people never are put in a position in which they are more likely to give in to their involuntary urges.

Church Militant has also reported on an article titled "I'm a pedophile, but not a monster" first appearing on liberal website Salon, which has since been deleted by the site. The article's subtitle was: "I'm attracted to children but unwilling to act on it. Before judging me harshly, would you be willing to listen?"

This article, as well as other incarnations of the movement to destigmatize people with disordered sexual attraction, seemingly tends toward normalization of adult-child sex. While disapproving the acting out of pedophilic urges, the push seems to advocate for pedophilia as an identity — in the same way homosexuality has come to be considered the basis of an identity. The author of this article, Todd Nickerson, discusses his pedophilia as if it's something that defines who he is.

Cultural observers note that once the progressive Left has persuaded society that disordered feelings or attractions are part of one's identity, then fewer obstacles remain until it gains social acceptance. They fear that so-called MAPs will gradually go the way of so-called gays in the cultural acceptance of the deviant behavior once identity-terminology is established.

Watch
Next Up for Normalization: Pedophilia
By Stephen Wynne   •   0 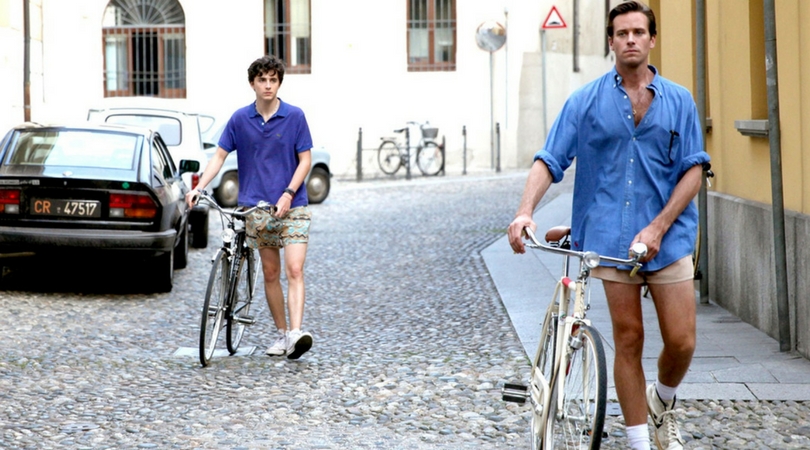 Film About Man-Boy Sex Praised by Academy, Blasted by Critics
By David Nussman   •   0