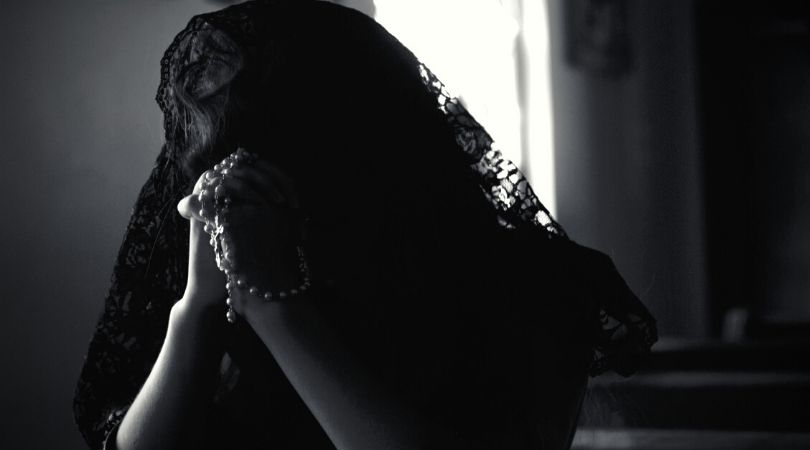 Our role as 'co-redeemers'

The notion that we are to aid Our Lord in the redemption of the world is one of the theological concepts most often misunderstood by Catholics. Indeed, even many regular Mass-goers are oblivious to the importance of actively working with Christ to save others from the fires of Hell.

Everyone understands how we can bring others down by our bad examples and our evil actions, causing them to fall from a life of grace into a life of sin. But few seem to understand that, as disciples of Christ, we should be actively working, day in and day out, for the salvation of souls.

We must become (if only on a small scale) co-redeemers. The Latin term "coredemptores" (co-redeemers) describes a concept foreign to even good Catholics. With this article, I aim to make the idea of co-redemption more familiar to the faithful and to foster the daily practice of saving souls in small-but-tangible ways.

One key to understanding what the mature disciple of Christ should be engaged in on a day-to-day basis is revealed by St. Paul in his letter to the Colossians. Paul wrote, "Now I rejoice in my sufferings for your sake, and in my flesh, I am filling up what is lacking in the afflictions of Christ on behalf of His Body, which is the Church" (Colossians 1:24).

This profound sentence in Paul's letter is vital in two major respects.

First, Paul, in a straightforward way, validates that good disciples (those men and women who, as he did during his earthly sojourn, strive for holiness) will suffer trials and tribulations. He essentially says such trials and tribulations are "par for the course" for good Christians — that disciples should not be surprised at all to encounter hardship.

We rejoice over our sufferings, our trials and our struggles because these serve a great purpose in our own redemption.

Second, Paul remarkably tells the Colossians that their trials are nothing to complain about. Rather, they are something to thank God for, even something to rejoice over! Christians rejoice over our sufferings, our trials and our struggles because these serve a great purpose in our redemption, as well as in the redemption of others.

But our sufferings are only efficacious if we offer them up humbly and devoutly, with Christ's saving Passion on Calvary in mind.

Remember Paul's words from Colossians: "I am filling up what is lacking in the afflictions of Christ." Paul does not say Christ's saving Passion and death for humanity were ineffective or not salvific. His sacrifice on the Cross was, of course, of existential importance! What Paul is talking about here is the reality that Our Lord's Passion and death transpired over a relatively short period of time. Christ's Passion, from start to finish, lasted about 12–14 hours, during which He endured the severe torture that would result in His death for our sins.

Many disciples, during their lifetimes, suffer afflictions that go on for years and years. Think of those who suffer painfully from debilitating diseases like Parkinson's, multiple sclerosis and cerebral palsy — just to name a few. There are also disciples who carry heavy psychological burdens in the aftermath of being raped, witnessing the murder of a loved one or enduring some other tragedy.

I came to understand this firsthand, as a witness to my mother's lifelong battle with rheumatoid arthritis.

Despite the constant and severe pain she suffered from this disease, she did not let it stop her from going to Mass regularly. Nor did it keep her from her charity work for the Church as a part of St. Mary's Quilters. She bore witness, during her lifetime of pain from crippling arthritis, to the importance of redemptive suffering, when offered up for one's own atonement and for the atonement of others. Blessedly, God gave me this holy example to keep in mind when trials and afflictions come my way.

So when a cross comes your way, count yourself as blessed. God Himself is recruiting you to aid in His redemption of the world, to become part of His co-redemptive "team."

One thing every mature disciple needs to know, and to know well, is that disciples don't get to pick their own cross. The disciple is not offered a choice but is instead given a cross by Christ, who knows what trial is best for each disciple's individual redemption.

The disciple is not given the opportunity to exchange crosses. It's not a matter of swapping sufferings because we have a preference: "Oh God, my favorite color is blue, but here You have given me a red cross." Only the misguided disciple constantly complains about his burden.

When a cross comes your way, count yourself as blessed.

The only choice a disciple gets is how he carries his cross. One's cross can be carried begrudgingly or with love. It is by carrying it well that one embraces redemption. And if someone carries it especially well, his example of holiness may gather others into the glory of discipleship! This is what is so phenomenal about afflictions. Instead of just being "thorns in one's side" (2 Corinthians 12:6–7), the trials that God gives us can help to bring others to Heaven.

So this Advent, take to heart the afflictions and trials, both large and small, that come your way. Know that God loves you and that, in your own way, you can participate in the story of salvation. 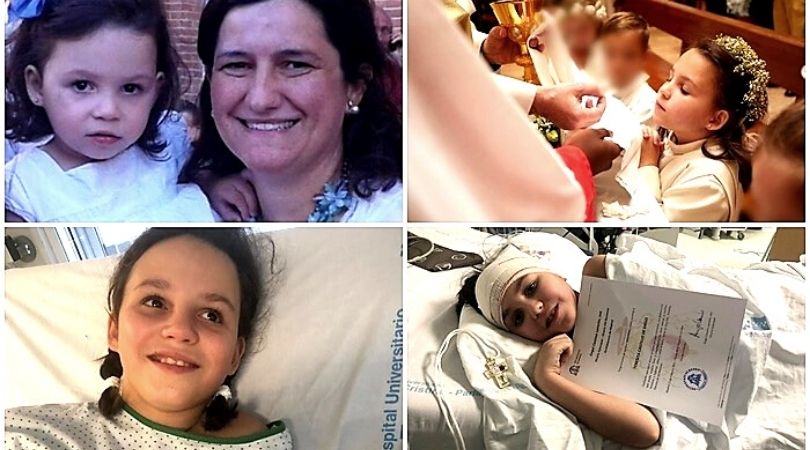 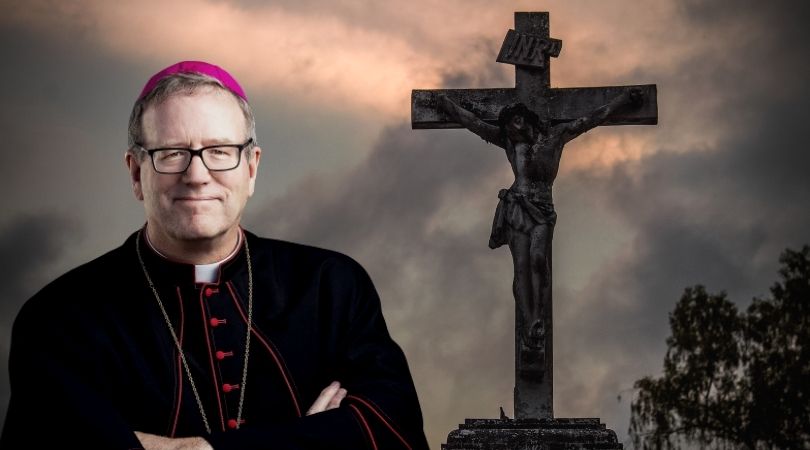 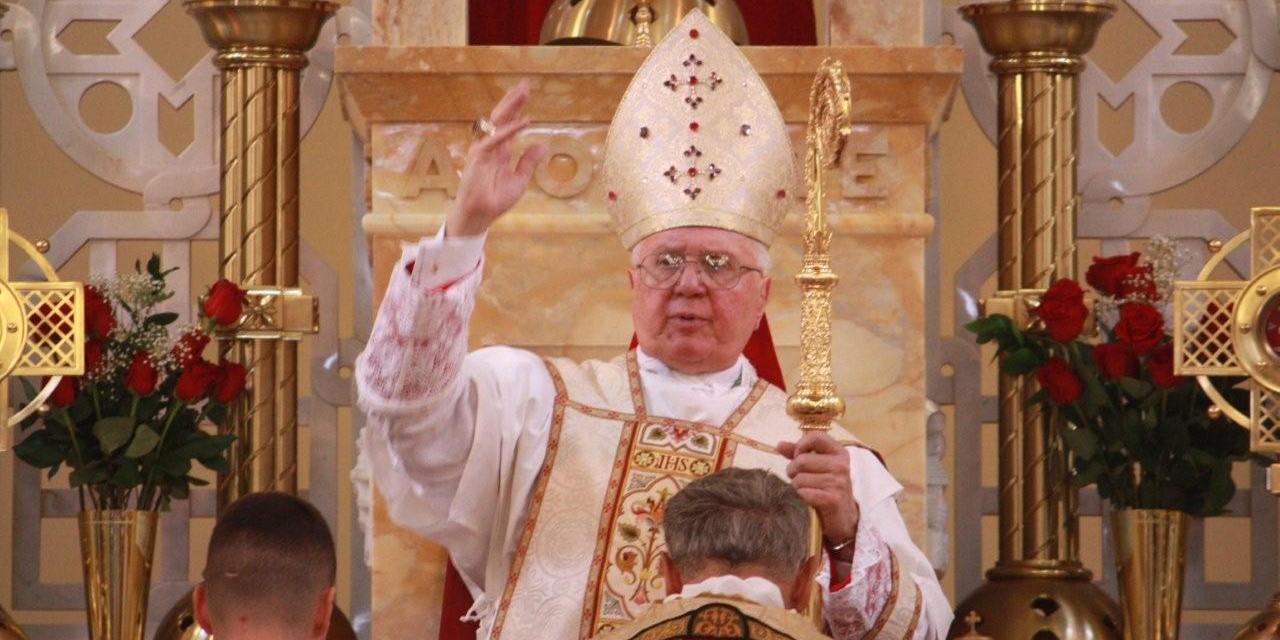