Rejecting the Faith in Germany 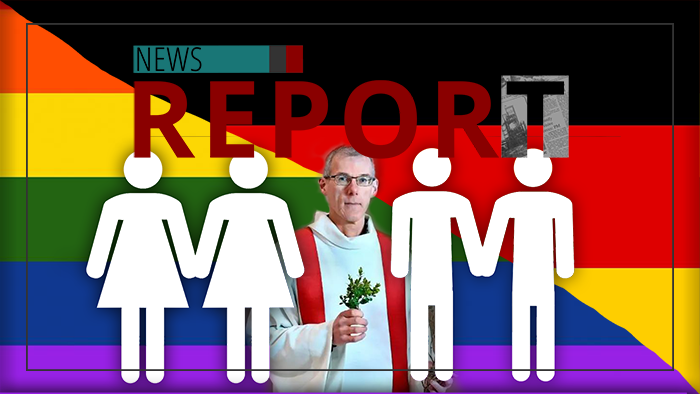 Homosexual priest Fr. Bernd Mönkebüscher of Germany started the "Love Wins" movement that — contrary to a Vatican directive in March — blessed homosexual couples at ceremonies in May.

In an interview released today, the openly gay priest admits, "The topic was part of the Synodal Path from the beginning." He revealed, "There were also inquiries as to whether this campaign could not be carried out worldwide."

Launched in 2019, the Synodal Path was spearheaded by leading leftist Cdl. Reinhard Marx of Munich as a way to overthrow Church teaching on priestly celibacy, the all-male priesthood and sexual morality.

Marx said, "We hope that the results of forming an opinion in our country will also be helpful for the guidance of the universal Church."

Pope Francis blessed Marx's desire for a "synodal path" when he met with him in 2019. In June this year, Francis again expressed support when he met with Germany's current top bishop Georg Bätzing.