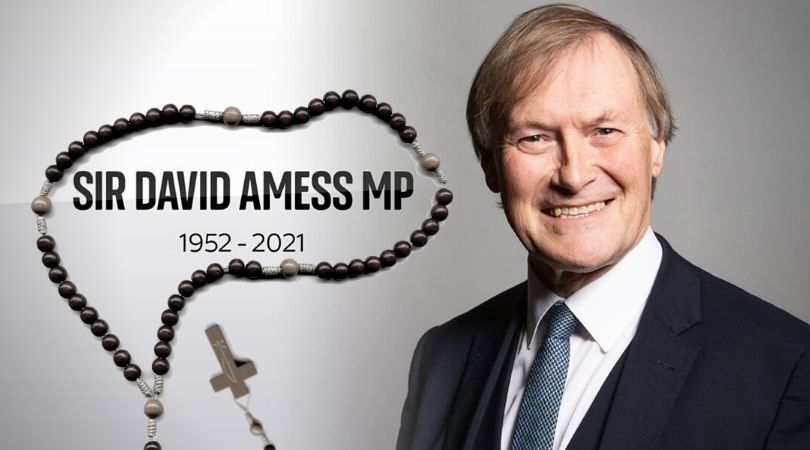 'Religion is at the heart of everything'

LEIGH-ON-SEA, England (ChurchMilitant.com) - A conservative Catholic politician has been murdered in England.

Member of Parliament (MP) for Southend West Sir David Amess was stabbed to death Friday by a British national of Somali origin while meeting with constituents in a church.

"David carried out his vocation as a Catholic in public life with generosity and integrity," reads a statement from Cdl. Vincent Nichols of the archdiocese of Westminster. "He served in Parliament for four decades and was respected by all political parties across the House. His untimely death is a great loss."

Labour Party leader Sir Keir Starmer affirmed this: "Informed by his faith, David had a profound sense of duty that I witnessed firsthand in Parliament. His Catholicism was central to his political life, and he was highly respected across Parliament, within the church and in the Christian community."

British police admitted Amess' murder was "linked" to Islamic extremism, and the suspected murderer had been on a radicalization watch list. The MP reported an "upsetting" threat made just days before he was murdered. Amess had previously stressed a need for increased security at constituent meetings and had criticized U.K. Prime Minister Boris Johnson for not imposing stricter penalties on violent knifing crimes.

Police reportedly prevented a priest on the scene from administering last rites to Sir David.

Unlike so many Catholics in politics today, every aspect of Amess' life was permeated by his faith.

Amess was raised Catholic by his mother and was educated at Franciscan-founded St. Bonaventure's Grammar School, where a love of liturgy reigns supreme. He would later spend a year teaching at a Catholic school before earnestly beginning his political career.

Described by friends and colleagues as a "true gent," Amess fought for Catholic principles both as an MP and as a faithful husband and father of five.

Perhaps best noted as a staunch defender of the pro-life cause, Amess took a hard line against abortion and euthanasia. He once proclaimed, "There is nothing more important than the sanctity of life," and his parliamentary record bears out his commitment to that belief.

The U.K. Society for the Protection of Unborn Children notes a consistent pro-life voting record for Amess, with no abstentions and no anti-life votes.

There is nothing more important than the sanctity of life.

In 2005, Amess supported a total ban on abortions. He voted in 2007 for a mandatory waiting period accompanied by counseling for women seeking an abortion. Ten years later, he voted against decriminalizing abortion. And as recently as last year, he voted to protect prayer rallies and pro-life counseling outside abortion mills.

His pro-life activity wasn't limited to abortion and euthanasia legislation, though. In 2018, Amess formed an all-party committee to seek moral, accessible treatments for endometriosis, a disease of the uterus which often results in infertility.

The Catholic Tory also voted consistently against the LGBT agenda despite the protests of his daughter, actress and activist Katie Amess.

In 2013, Amess was one of a minority voting against the legalization of gay so-called marriage. He further opposed adoption of children by same-sex couples.

Amess was also a Brexiteer and was described as a "Euroskeptic," which is to say, an opponent of globalism. "It would be a huge mistake and indeed dangerous to vote to remain in the EU," he wrote in 2016. "The push for ever closer union is ongoing, with plans for a European Army, a common European foreign policy and a common energy policy."

Amess was one of a minority voting against the legalization of gay so-called marriage.

Amess has also been described as a monarchist, and has indeed even described himself as such. He went so far as to dress in a full suit of armor when knighted in 2015.

But most importantly, Amess was a passionately devout Catholic. "I was born a Catholic, and I will die a Catholic," he once said while addressing the Oxford Union. The words are reminiscent of St. Edmund Campion's shortly before the English martyr was led to the gallows.

Amess was instrumental in organizing Pope Benedict XVI's historic visit to Parliament in 2010, and he formed and led a parliamentarian committee devoted to developing and improving relations with the Holy See.

Amusingly — though astutely — he lambasted Starbucks in 2015 for its decision to remove all references to Christmas from its typical holiday products.

"[T]his is an example of political correctness gone mad," the MP argued. "What is Christmas about? It's CHRIST-mas. This is utter madness. Who was the idiot who thought this up? He should be sacked!"

Amess was publicly critical of clerical sex abuse and of the bishops' handling of the scandals. "That is not Catholic policy," he said of the episcopal cover-ups. "And the Church would condemn those bishops."

He further criticized the Theodore McCarrick-crafted 2018 accord between the Vatican and the Chinese Communist Party.

Sir David Amess was more than just a national treasure: By virtue of his devout and even fierce love of the One, Holy, Catholic, and Apostolic Church, he was indeed a universal hero.

Eternal rest grant unto him, O Lord, and may Your perpetual light shine upon him. May his soul, and the souls of all the faithful departed, rest in peace. 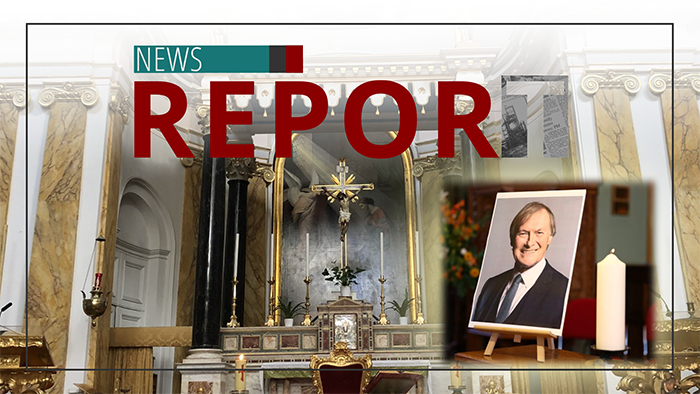