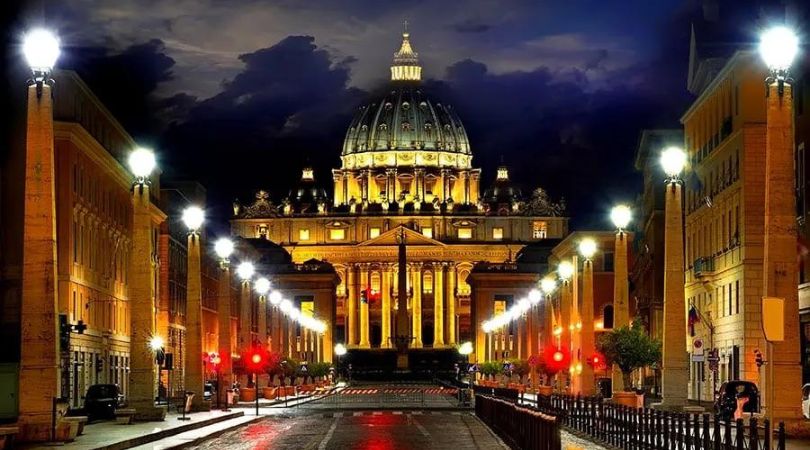 ROME (ChurchMilitant.com) - Pope Francis has published a new document that reshapes the diocese of Rome.

On Friday, the pontiff issued In Ecclesiarum Communione, a new apostolic constitution reorganizing the Roman vicariate. The document goes into effect on Jan. 31 and abrogates a previous constitution from Pope St. John Paul II, Ecclesia in Urbe.

In it, the pontiff expounds, "In the face of an 'epochal change' that involves everything and everyone, I hope that it will be primarily an exemplary place of communion, dialogue and proximity, welcoming and transparent, at the service of the renewal and pastoral growth of the Diocese of Rome, an evangelizing community, a synodal Church, a people which credibly witness to God's mercy."

The pontiff stressed the importance of so-called synodality moving forward, writing, "[E]very activity carried out within the scope of the Vicariate of Rome, at whatever level and with whatever degree of responsibility, is always by its nature pastoral, oriented according to the synodal style."

In the constitution, the Holy Father strengthens the Roman episcopal council and makes himself, as Rome's bishop, more involved in the decisions of the vicariate. The Roman vicariate consists of the vicegerent and auxiliary bishops, who, according to the document, must meet with Pope Francis at least three times a month.

The Church loses its credibility when it is filled with what is not essential to its mission.

Pope Francis writes, "The Church loses its credibility when it is filled with what is not essential to its mission or, worse, when its members, sometimes even those invested with ministerial authority, are a source of scandal with their unfaithful behavior to the Gospel."

As part of the new constitution, the pontiff calls for the creation of the Office for the Protection of Minors and Vulnerable Persons. The document also contains detailed rules for choosing new parish priests.

The document calls for the establishment of an independent review commission for the Roman vicariate as well. The Holy Father also requires that any regulations for the Diocesan Council for Economic Affairs must receive his approval.

These changes come after Rome has been racked with financial and sexual abuse scandals. In a recent case, Jesuit celebrity artist Fr. Marko Ivan Rupnik was exposed for his serial abuse of at least 20 nuns. Pope Francis' cardinal vicar, Angelo De Donatis, refused to censure the abusive Jesuit.

"The apostolic constitution has taken the Romans by surprise. First, because it was published a day after Pope Benedict XVI's funeral," explained Church Militant's Rome correspondent Dr. Jules Gomes. "Second, because it comes in the wake of the sex abuse scandals of Fr. Marko Ivan Rupnik, who has been based in the diocese of Rome and has received favors from his close ally Cdl. Angelo De Donatis, the cardinal vicar of Rome."

Some see the apostolic constitution as a move to disempower and humiliate De Donatis, who runs the diocese of Rome on behalf of the pontiff. It is also being seen as a damage control tactic which is supposed to give the impression that Francis has decisively acted in the Rupnik affair. However, the Romans will take no comfort from this because Francis himself is a close friend of the Jesuit abuser and has granted him special favors even after his excommunication.

Despite the ongoing scandal, the Vatican is featuring one of Rupnik's paintings on its newest stamp volume, which was released in December. 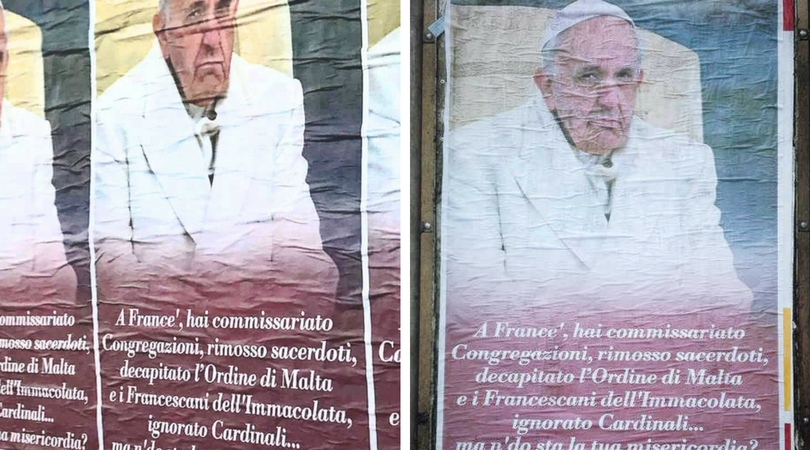