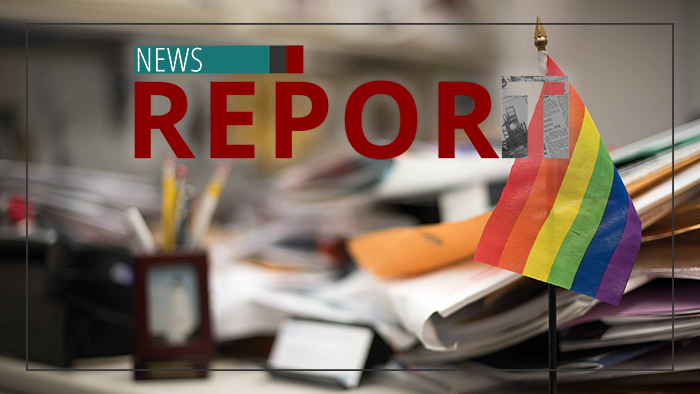 In the name of protecting the LGBTs

Director of the Office of Federal Contract Compliance Programs, Jenny Yang, wrote yesterday that Trump's rule is "unnecessary and problematic."

In an interview with Reuters, she stated, "We are proposing a rescission of the religious exemption rule to protect workers from discrimination and safeguard principles of religious freedom."

Critics have railed against Trump's final rule amendment since it took effect in January, claiming it discriminates against the LGBT community.

Trump: "I will do everything in my power to protect our LGBTQ citizens."

Trump's rule interpreted the Department of Labor's anti-discrimination policy to protect any employers who quote "hold themselves out to the public as carrying out a religious purpose."

The aim was to correct any misconception that the government disfavors religious groups and to protect their autonomy to hire employees who will further their faith missions.

This is where LGBT advocates are upset because they fear a religious contractor could choose to not hire or fire them.

Transgender individual: "It erases our identity and pushes us further into the margins because we're not allowed to be who we are."

The proposal to rescind argued the Trump approach "creates a lack of clarity," since it "permits a contractor whose purpose and/or character is not primarily religious to qualify" for the exemption.

If the rule is repealed, the situation will go back to how it had been since 2002, with the government considering religious claims from contractors on a case-by-case basis.