Restoration of the Sacred: Liturgy Conference 2018

The Schola Cantus Angelorum is holding its sixth annual Sacred Liturgy Conference in Salem, Oregon, at St. Joseph Catholic Church and Salem Convention Center between June 27–30. The theme is "Transfiguration in the Eucharist" focusing on Holy Communion "as the way of beholding Jesus in His glory."

The three-day immersion will include Extraordinary Form Pontifical High Masses offered by Abp. Alexander Sample of Portland, Oregon, and Bp. Athanasius Schneider of Astana, Kazakhstan. There will also be workshops for celebrating the TLM and learning Gregorian chant.

Doctor Lynne Bissonnette-Pitre, the co-founder and director of Schola Cantus Angelorum, told Church Militant that the conference brought in 400 participants last year. But this year, she expects 500 people.

Beginning in 2013, this conference has grown into an annual event drawing attendees from across the United States and abroad. It is open to all interested in the intellectual, liturgical and spiritual heritage of the Church.

The mission is to "educate and inspire the faithful about the life-changing realities of the [H]oly Mass, to encourage dignity and beauty in the celebration of the sacred liturgy and to promote the use of sacred music according to the mind of the Church."

The Sacred Liturgy Conference has grown into an annual event drawing attendees from across the United States and abroad.

The subject of the talks will be "The Patristic Fathers on the Transfiguration," "The Order of Mass: Sacrifice and Banquet," "Vestiture of the Clergy: Putting on Christ," "The Importance of Singing the Liturgy With the Ancient Propers" along with others.

"Through lectures presented by an international faculty of scholars and through the four Eucharistic liturgies, the theocentric and contemplative dignity and beauty of the sacred, ancient liturgy is illuminated and experienced," said Bissonnette-Pitre in What We Celebrate in The Holy Mass, an attachment, sent to Church Militant. 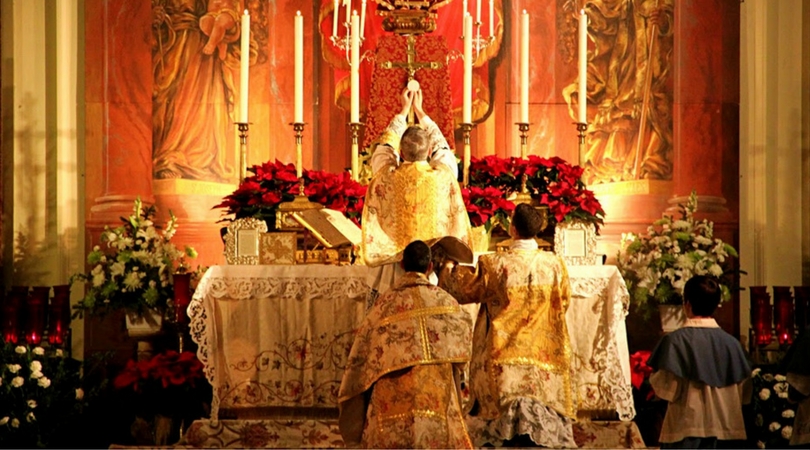