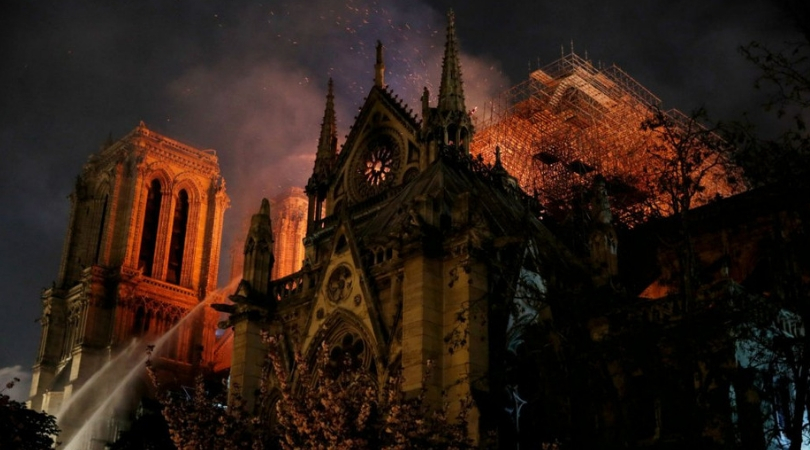 The Catholic faith in France is already in ashes

The delayed response by firefighters to the burning of Notre Dame Cathedral is viewed as a symbol of France's failure to protect its Catholic heritage.

Many are wondering why it took so long to apply water on the fire, which subsequently engulfed the entire roof of the cathedral. But the Faith in France has been burning for more than two centuries since the French Revolution and is now all but in ashes.

Sifting through these ashes is Jérôme Fourquet, a political analyst and director at the French Institute of Public Opinion. In his book published in March called L'archipel français: naissance d'une nation multiple et divisée, Fourquet presents dire statistics that he says spell the death knell for the Catholic Church in France.

Some of the stats include:

Fourquet says if trends continue, he foresees that the last sacramental marriages will be celebrated by 2031. And by 2048, there will not be any more infants baptized in the Catholic faith. He also warns that the last ordinations may occur by 2044. This is more worrisome as the majority of French priests are already nearing or beyond retirement age.

As the Catholic faith is in massive decline, Islam is surging. Fourquet found that in 2017, Muhammed was the most popular name for baby boys in the suburbs of Paris. Based on polling trends, Pew Research is predicting that by 2050, the Muslim population in France will double to 17.4%.

This partially answers the reason for the rise in vandalism of French churches. Last year, there were 875 Catholic Churches vandalized in France with the response by government officials ineffectual in stemming the tide.

Notre Dame Cathedral symbolized the Catholic faith in France. Watching it burn for so long without being protected is viewed by many as nothing but business as usual in a secular country gung-ho to remake the cathedral into a secular tourist attraction and a symbol of so-called diversity.

Watch the panel discuss Notre Dame as a symbol of the Faith already destroyed in The Download—Restoring Christian France.