Revictimizing the Victims of Sexual Abuse 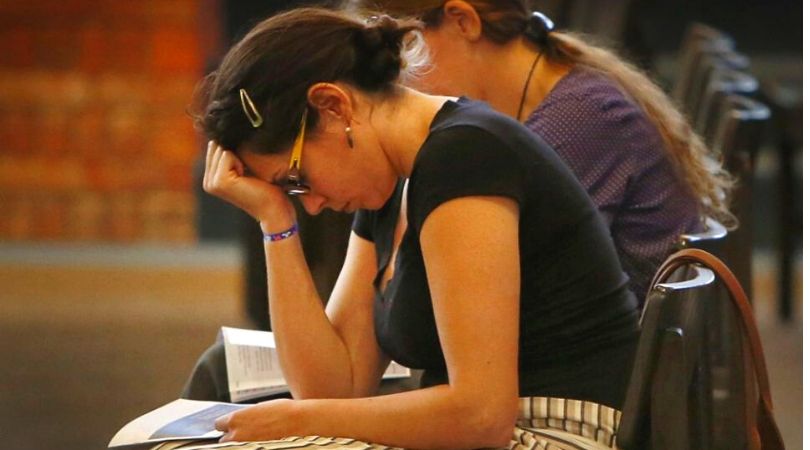 Bishops, dioceses must respond to victims

Victims of sexual abuse by clergy frequently have told me that the way they were treated by bishops has hurt them more than the abuse did.

Virtually every bishop has made the announcement that he is dedicated to helping victims who have been sexually abused by priests and that he has put considerable resources toward that effort. Unfortunately, from what I have heard from too many victims, some bishops are quite adept at virtue-signaling and at making empty promises.

Examples of the unresponsiveness of dioceses to victims are available in nearly every documentary on the sex-abuse crisis. One of the first and most devastating I watched was The Keepers on Netflix, which explores the unsolved murder of a religious sister who taught at an all-girls high school in Baltimore in the late 1960s.

The series holds that the sister was killed because she suspected that the priest/principal was repeatedly abusing one of the students and was preparing a report for the archdiocese. Some 20 years later, when the woman who was abused by the priest reported it to the archdiocese of Baltimore, officials were sympathetic but claimed that they could not verify her story.

The woman's nine siblings sent about 1,000 postcards to other women who had studied at the same high school during the tenure of the priest/principal and asked if they had anything to report about sexual abuse during their time there. Dozens came forward then, and even more came forward after the documentary. Why could not the diocese have done such an investigation? (The archdiocese of Baltimore defends itself here.)

That event was decades ago, but the pattern of behavior remains all too common.

One reason Siobhan O'Connor of Buffalo, New York, shifted from the role of loyal secretary to Bp. Richard Malone to whistleblower who helped effect the bishop's resignation is that she discovered the phone line on which victims were to report abuse went to an answering machine in a warehouse and was listened to by no one.

When she started taking the calls of victims and looking at the files of the accused priests, she realized that Bp. Malone's promises of support for victims were flat-out lies; there were multiple accusations in files that had never been addressed. And then she found a large binder with accusations against priests in a broom closet — clearly out of reach of anyone trying to verify accusations.

I know of victims who have repeatedly attempted to schedule a meeting with a bishop only to have their many emails and calls go unanswered. Often they are answered only when a lawyer or distinguished Catholic makes the contact for them. How many victims simply become discouraged and disappear? Not only is the injustice to them not addressed, it is magnified — the victims are revictimized — and a true counting of the extent of abuse is made impossible.

That is not our protocol. The bishop does not meet with adult victims.

I recently heard from an ex-nun who had been sexually abused by her religious superior nearly two decades ago. When she contacted the diocese where the abuse occurred to ask for an appointment to speak with the bishop, the secretary who answered said, "That is not our protocol. The bishop does not meet with adult victims."

There was no expression of sorrow about the sexual abuse the caller was reporting. The victim got the same response when speaking with the priest assigned to deal with victims. She was devastated that, after having spent months getting up her courage to tell her story, she was so summarily dismissed. Eventually, due to the interventions of a few others, the bishop relented and called the victim.

What could be the reason for such a protocol? Are there just simply too many victims? If so, meet with them in groups, but meet with them! And train your staff to respond with compassion to those who call.

The Case of Peter

In another case, a man I'll call "Peter" told me that he and his four siblings (three brothers, one sister) were all sexually abused by the same Detroit priest some 50 years ago, both in the rectory and at their home. None of them knew the others had been abused until recently.

Peter told me that when he wrote the archdiocese of Detroit to report his abuse in September 2018, it took more than two and a half months for him to get a reply in November 2018. When the diocesan "advocate" finally called the man, she acknowledged that there had been several accusations against the same priest and assured him that the deceased priest's name, Fr. Jan Tyminski, would be included on the list of credibly accused priests on the archdiocesan website.

It took many emails and a public Facebook post to finally get Fr. Tyminski's name posted and a press release issued May 17, 2019. However, the press release was inaccurate. It mentioned only one credible accusation, although the archdiocese knew there had been several. In spite of promises that a correction would be made immediately and after repeated requests from Peter that it be done, no correction has been made.

In the meantime, Peter told me, he had learned that his sister had made complaints about Fr. Tyminski back in 1995, 1998 and 2002 — with no results. Finally, on Aug. 12, 2019, Peter was able to meet with Abp. Allen Vigneron to express his dissatisfaction with how his siblings' reports of abuse by Fr. Tyminski had been handled. He said he took a picture of his mother with him to the meeting and put it on the table in front of him and explained that he wanted Abp. Vigneron to meet another victim — his mother, who only learned in the last year of her life of the abuse and went to her death blaming herself.

Peter told me he gave a set of requests to Abp. Vigneron and asked to be given a timeline for addressing the problems he listed. He said he has not heard from the archdiocese since. He said his registered letter stating he had decided to go public with his experience unless he heard something has gone unanswered.

Peter has posted the whole story of his ugly treatment on a new website, "Victim Voices," which will feature testimonies both from those satisfied about the treatment they received from the archdiocese of Detroit and those who are dissatisfied. One hopes supporters of victims in other dioceses will provide a similar opportunity for victims to tell their stories.

There are good stories, though only a few have come to my attention. The ex-nun of whom I spoke earlier had a tremendously healing meeting with the current superiors in the order wherein the abuse occurred. They responded with alacrity to her request to meet with them and gave her a truly warm, loving and compassionate hearing, along with sincere expressions of horror and empathetic tears and diligent follow-up. They responded as loving, decent human beings, not as threatened bureaucrats.

The efforts made by Bp. Steven Biegler of Cheyenne, Wyoming, are so different from how most bishops have behaved that it almost defies belief. He took laudable steps to get testimony from victims of a previous bishop, Bp. Joseph Hart, whose record of abuse went back several decades. Bp. Hart's actions were among the cases that cost the diocese of Kansas City-St. Joseph, Missouri, where he had served as a priest, $20 million.

When Bp. Biegler came to Cheyenne, he learned of the charges against Bp. Hart and flew to New York to hear from one of the victims who had attempted for nearly two decades to convince law enforcement and Church officials that he had been abused by Bp. Hart. Moreover, Crux reported, "not only had Biegler believed [the victim], he had taken action — hiring outside investigators to examine claims against Hart, which they found to be credible, barring him from public ministry, and making multiple trips to the Vatican to lobby for swift adjudication." He also forbade Bp. Hart to attend his installation ceremony.

I don't know of any other bishop who has acted so boldly in respect to abuse, especially abuse by a fellow bishop.

Unfortunately, the economic devastation many dioceses are experiencing for multiple reasons — declining numbers of Catholics, parish and school closures, past payments to abuse victims, and the effect of the coronavirus pandemic lockdown — may lead to the filing of bankruptcy by many dioceses, and that in turn will make it even harder for victims to get even token compensation for the horrendous life-changing harm they have experienced.

Let us at least hope that bishops and dioceses will learn to answer the phone calls of victims, meet with them, hear their stories and empathize with them. That is not too much to ask.

Originally published at The National Catholic Register. Reprinted by permission of the author.

Janet E. Smith, Ph.D., is a retired professor of moral theology who speaks and writes on life issues and the corruption in the Church.