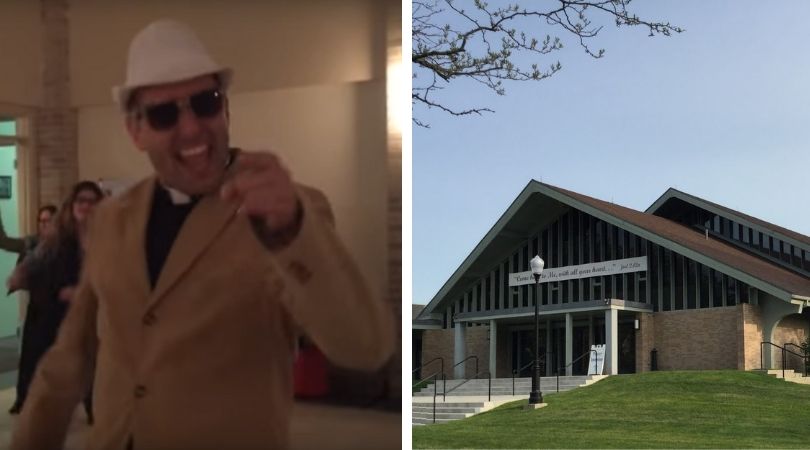 WARWICK, R.I. (ChurchMilitant.com) - A parish in Rhode Island recently published a reflection in the bulletin associating Pentecost Sunday with Pride Month and hosted an LGBTQ+ discussion in the parish youth room.

Father S. Matthew Glover ― the pastor of Saints Rose and Clement in Warwick, Rhode Island, who finished his priestly formation in 2004 at the Pontifical North American College in Rome, Italy ― recently permitted the parish bulletin to include a reflection associating Pentecost Sunday with Pride Month.

"Angie," the author of the reflection, begins: "It is no coincidence to me that this year, the Feast of Pentecost coincides with Pride month, a time for the LGBTQ community to commemorate the 1969 Stonewall Riots in Greenwich Village. Our weekend celebration is all about the radical work of the Spirit as we pray: 'Come, Holy Spirit, Come!'"

"At Pentecost and during this month of Pride, the margins claim their place at the center. It's time to be open to the Holy Spirit and all her surprising movements, to celebrate community, and to see how God might use us to further the kingdom, however unlikely or unqualified we might feel," Angie concludes.

"Angie" is presumably Angela Howard-McParland, the pastoral associate of Saints Rose and Clement.

Angie's reflection reveals the direction the parish has taken, leading to a recent LGBTQ+ outreach initiative hosted in the youth room at Saints Rose and Clement.

Justin Puckett, the organizer of the LGBTQ+ discussion hosted in the youth room on June 25 and a member of the parish council at Saints Rose and Clement, reached out to Glover and his staff to suggest the event.

The event was approved and advertised on the parish's Facebook page. 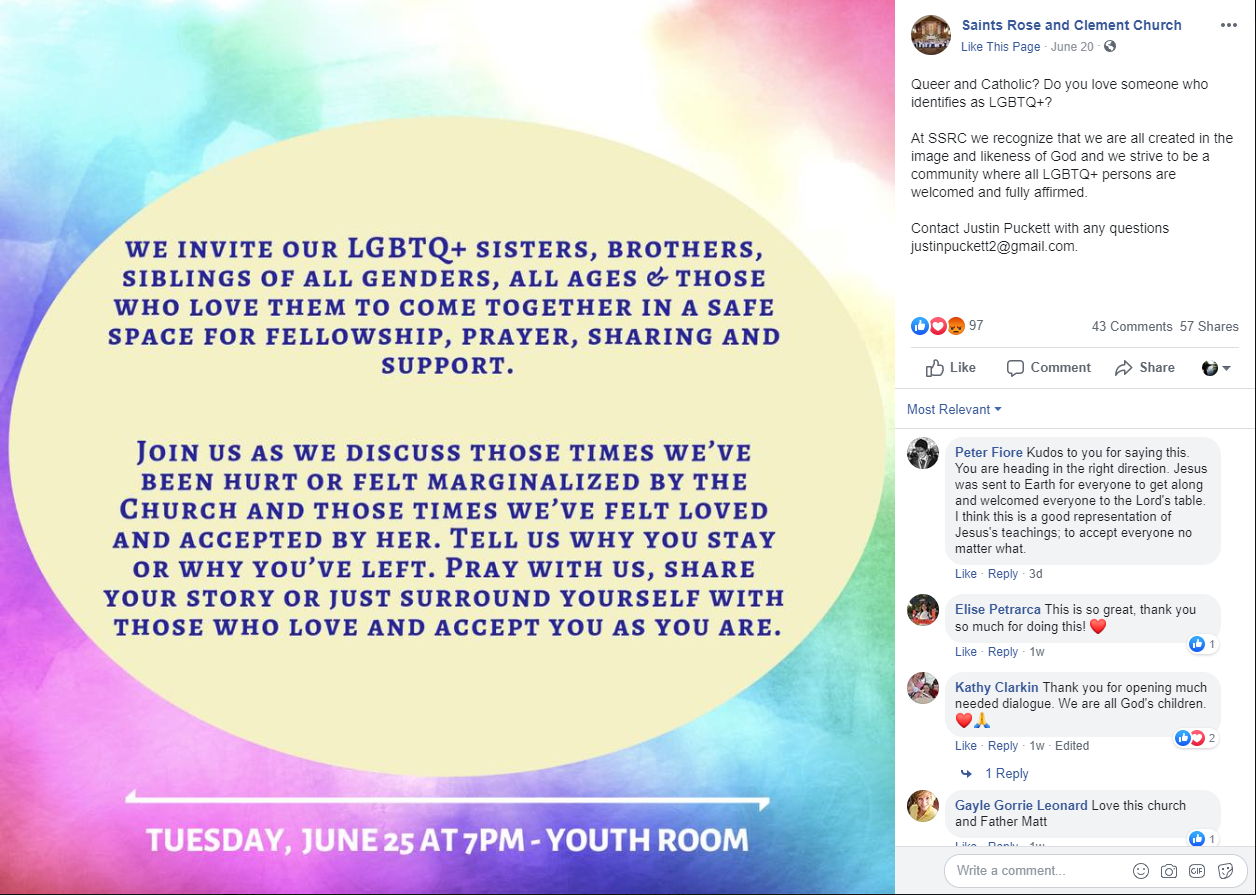 "We want to let them know that we're a place that you are welcome as you are, not only by us, but, we believe, by God," Puckett told NBC 10 News prior to the event.

He also said that his daughter recently revealed that she is a lesbian.

Rachael Czepyha, the director of religious education at Saints Rose and Clement, was unable to attend the event but posted her support on the parish's Facebook page. 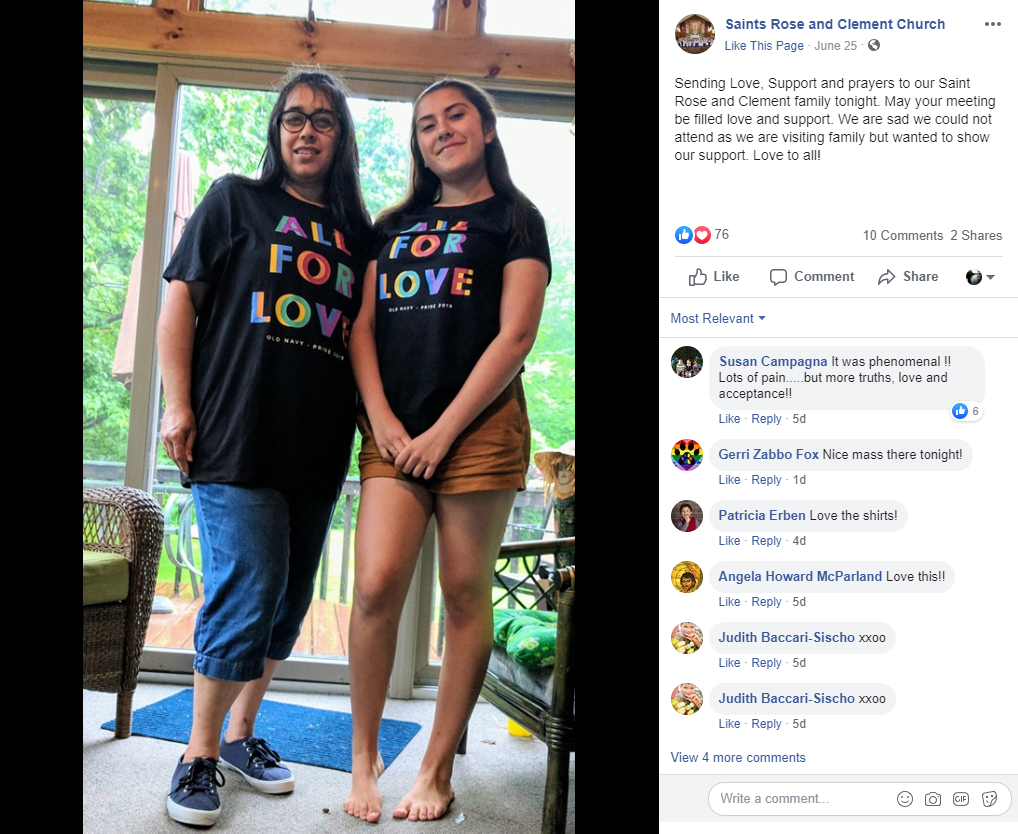 In 2015, Glover appears with young adults in a video uploaded to YouTube, lip syncing and dancing to Mark Ronson's "Uptown Funk" at the Catholic Center for the University of Rhode Island.

Church Militant spoke with a priest made familiar with the direction taken at Saints Rose and Clement.

"From Fr. Glover's public statements, it does not seem that, in forming such a group [the LGBTQ+ discussion group], he is attempting to do the work of a group like Courage, which wants to help people with these tendencies to lead chaste, holy lives," he said.

"Instead, it appears he is furthering a secular, sexual agenda not in conformity with authentic Catholic teaching," he added.

A reminder that Catholics should not support or attend LGBTQ 'Pride Month' events held in June.

Under the leadership of Glover, Saints Rose and Clement parish has ignored Bishop Thomas Tobin's reminder to Catholics regarding Pride Month: "A reminder that Catholics should not support or attend LGBTQ 'Pride Month' events held in June. They promote a culture and encourage activities that are contrary to Catholic faith and morals. They are especially harmful for children."

Church Militant reached out to Bishop Tobin for comment but has received no response by press time. 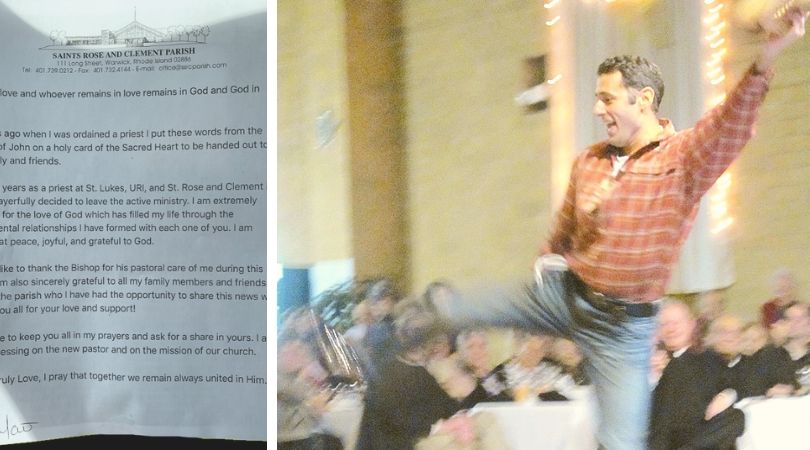 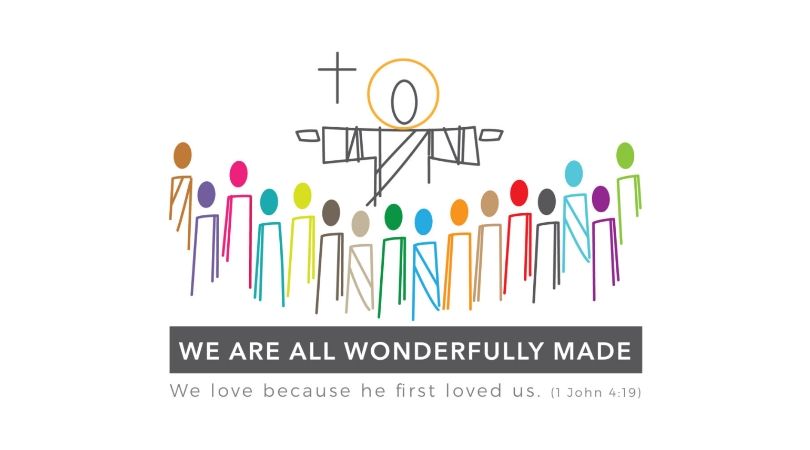