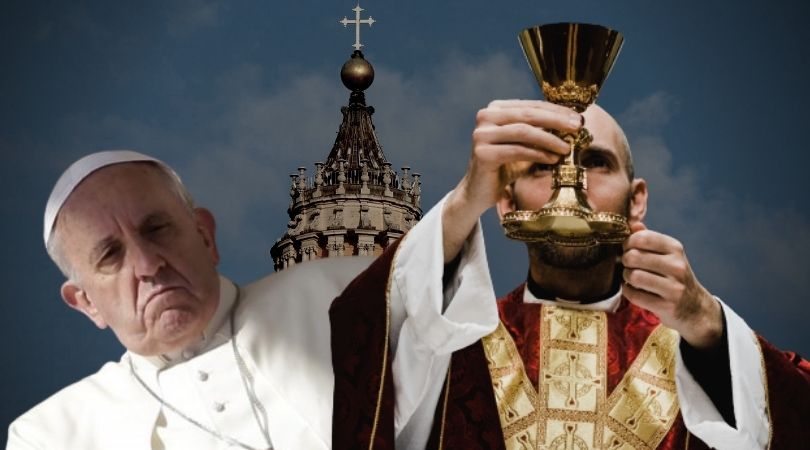 According to Pope Francis, "rigidity" is a bad word. For the duration of his papacy, he has browbeaten Catholics trying to follow Church law, all while giving comfort to those who hate the Church and Her rigid teachings.

The pope continued this trend in a speech he gave on Thursday to seminarians at the Pius XI seminary in Ancona, Italy. There, he called rigidity one of the "manifestations of clericalism" and "a perversion of the priesthood."

He went on to say, "When I find a seminarian or a young priest who is rigid, I say 'something bad is happening to him inside.' Behind all rigidity there is a serious problem because rigidity lacks humility."

Afterward, he offered them advice on four aspects of their seminary experience: the human, spiritual, intellectual and pastoral dimensions. He extended his definition of rigidity to include "ritualism," saying "prayer is not ritualism — the rigid end up in ritualism, always."

For Catholics, rituals are a normal part of worshiping God. In fact, God directed in the Old Testament that He be worshiped in a very specific way. That has continued throughout the life of the Church where the recitation of the Breviary and the celebration of Mass have been very ritualized. In those specific cases, it's the individual who prays along with the whole Church, rather than the individual praying on his own.

Right after that, Pope Francis offered, "May prayer be an occasion for a personal encounter with God. And if you get angry with God, do it: because getting angry with your Father is a way of communicating love."

However, such an act may be a symptom of an infantile relationship with God, where the person whines when he doesn't get everything he wants. God is a good and loving Father who knows His children and what they need. People must conform to God's will, not God to the will of man.

Regarding the intellectual life of a seminarian, Pope Francis advised them to study hard to encounter and "proclaim [their] faith and proclaim Christ." He made no mention of proclaiming the truths that Christ passed on to His apostles. Rather, it is proclaiming one's faith, which is a nebulous idea.

But worst of all, he secularized the role of the priest, saying, "Go enthusiastically to meet the people," adding, "One is a priest to serve the People of God, to take care of the wounds of all, especially the poor."

The priest's number one duty is to be a living sacrifice and give the seven supernatural sacraments to people. He is not merely some social worker, he's actually the conduit by which the graces of Heaven are brought down to earth and distributed to poor sinners.

He further slammed faithful Catholics, claiming 'a supposed soundness of doctrine or discipline leads instead to a narcissistic and authoritarian elitism.'

The ministry of the diaconate was instituted by the Apostles because they felt it is an injustice to leave behind the Word of God to serve at tables.

It's definitely not the first time the pope has rebuked people trying to be faithful to Church teaching.

In his apostolic exhortation Evangelii Gaudium, he criticized a "self-absorbed, promethean neopelagianism" among Catholics who "ultimately trust only in their own powers and feel superior to others because they observe certain rules or remain intransigently faithful to a particular Catholic style from the past."

He further slammed faithful Catholics, claiming that "a supposed soundness of doctrine or discipline leads instead to a narcissistic and authoritarian elitism."

All this leaves faithful Catholics shaking their heads. 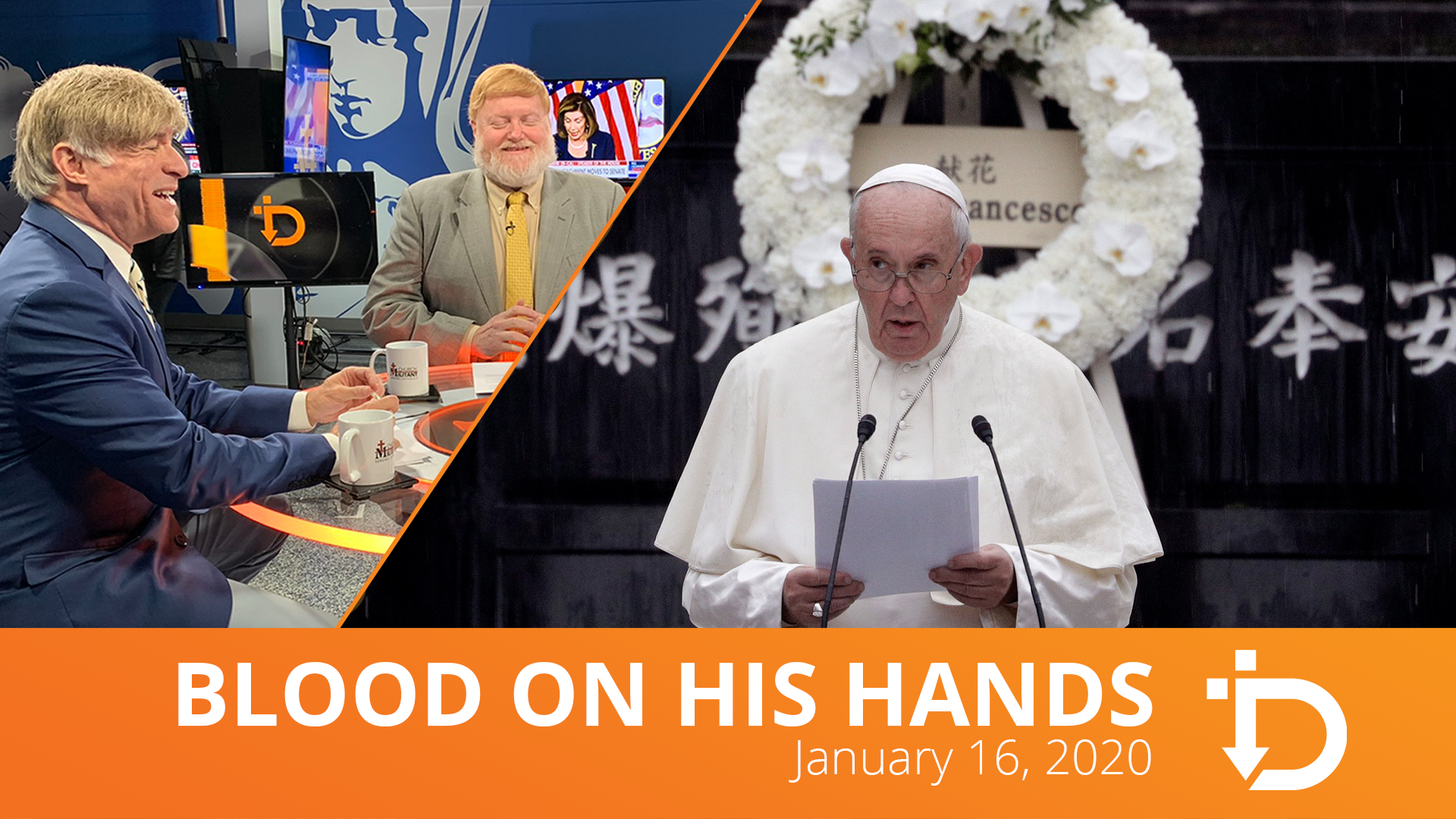 Watch
Blood on His Hands
By Rodney Pelletier   •   0 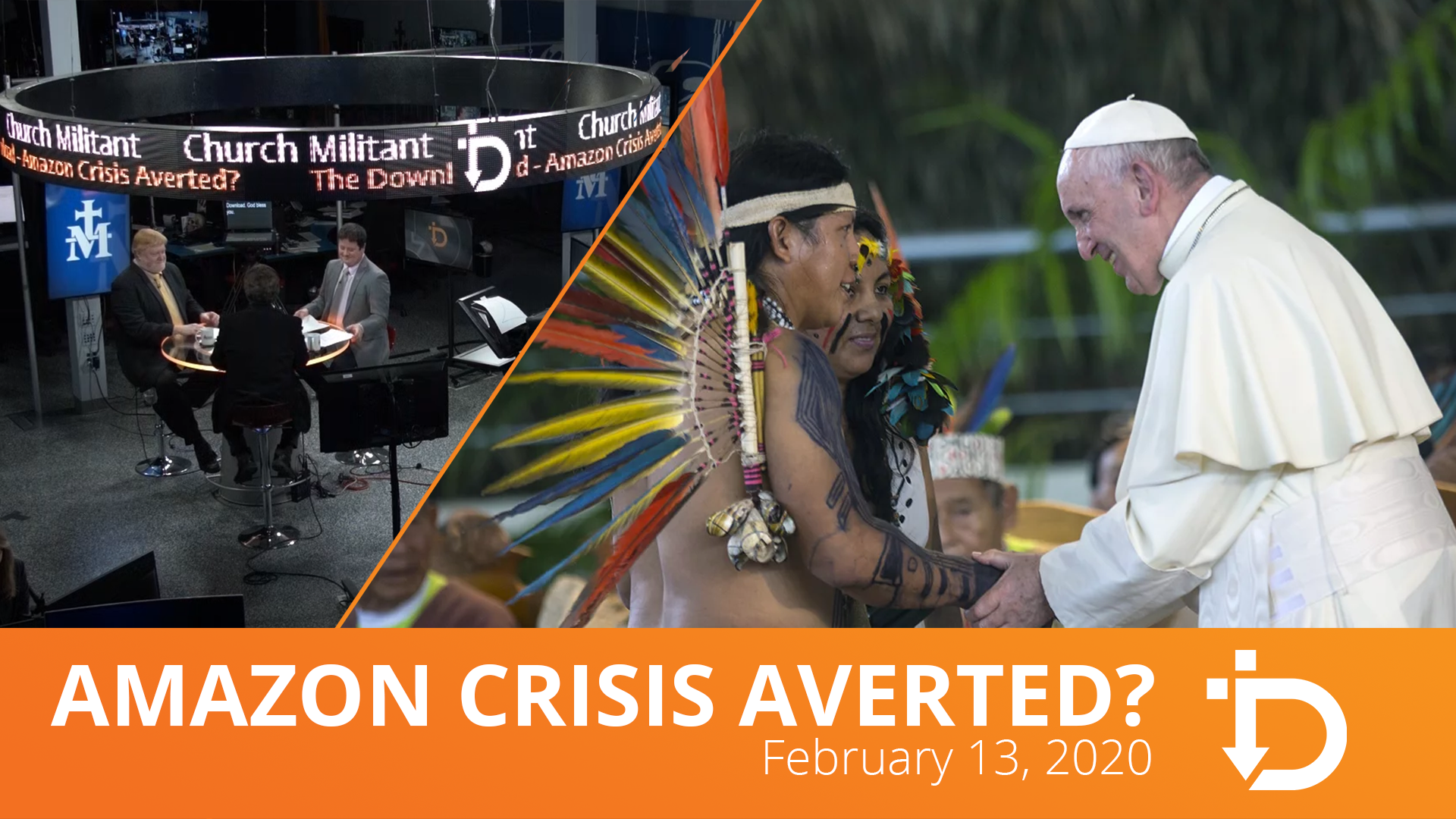