Rise of the Religious Left 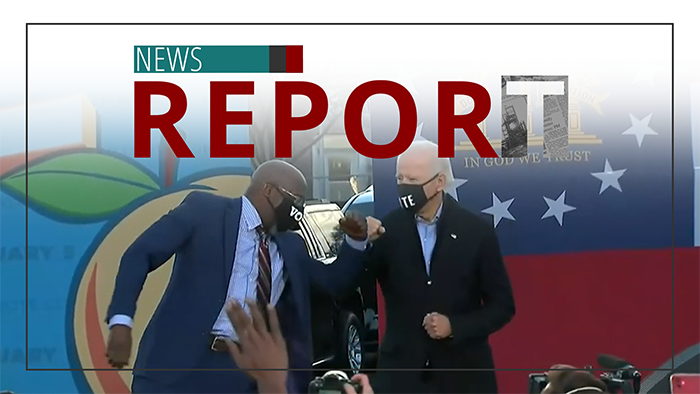 Socialism and the Bible in a blender

The president of Union Theological Seminary in Manhattan recently spoke with Politico about the so-called religious left.

Serene Jones said she's been part of the religious left her entire life and claimed it's growing.

The president of the Manhattan seminary claimed: "The newer kid on the block is right-wing conservative Christianity, which gets most of the media attention as representing Christianity in the United States."

Jones: "I grew up with a very strong sense of the scary and really devastating presence of the far religious right."

Jones is a minister in two protestant denominations, the Christian Church, also known as Disciples of Christ, and the United Church of Christ.

In 2019, some of Jones' fellow ministers in the United Church of Christ traveled to a Planned Parenthood abortuary in Milwaukee.

Speaker outside abortuary: "We will walk together around [it], dropping petals that represent our care and our holding and our prayer for all people who need abortions and all of those who work with them."

Jones ascribes what Politico calls "increased talk of the religious left" to everything coming to a breaking point, which she thinks can be seen vividly by men on the religious left taking power, like Joe Biden and Raphael Warnock.

Jones noted Warnock, a fellow self-identifying pro-abort pastor, is a graduate of Union Theological Seminary, "of whom we are very proud."

Jones described the religious left as an interreligious reality, "a religious left that includes people from many religious traditions and spiritual people who may not have a specific tradition. That is going to keep growing."

The seminary president predicts that growth will give rise to hearing more about socialist ideas like Universal Basic Income and more institutions addressing what she classifies as white supremacy.

In various interviews, Jones has discussed her own life struggles. A big one was discovering, at the end of her mother's life, that her mom had been unfaithful to her father, which she said fractured his faith, stifling their conversations on theology she had previously enjoyed.