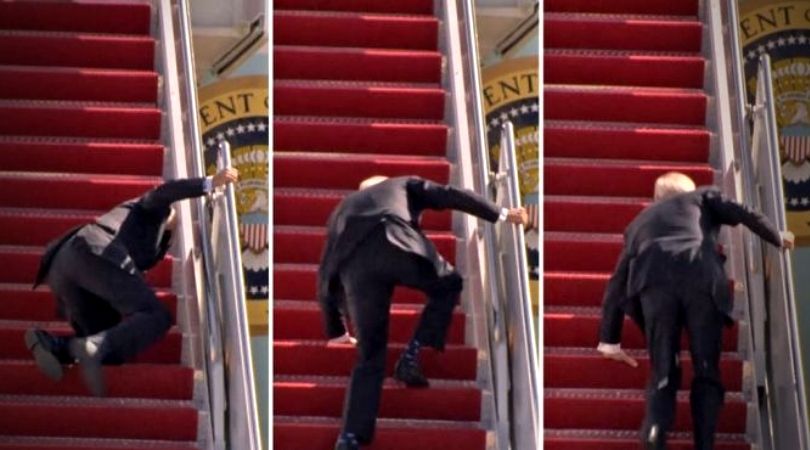 Joe Biden and Russian president Vladimir Putin recently got into a verbal brawl. It occurred after Biden accused him of being a killer. Putin responded by wishing him good health and asking him to look in the mirror if he wants to see a real killer. The fight continued when the Russian leader challenged him to a debate — one Biden flatly refused.

The interaction was rather revealing and demonstrated a growing lack of bravery among Western leaders. Promoting ordered bravery matters. It allows the peacemaking so many pacifists in the Church of Nice desire. What many fail to grasp, is in order to have peace, one must first establish justice.

This often entails making enemies. It's why Jesus was crucified and not given a pharisaic participation trophy. He was brave enough to make enemies and brave enough to conquer them. Institutions cannot save everyone. There are often groups that will oppose good and facilitate destruction. The only solution, in these cases, is to enact justice upon the opposition.

What does this look like to Catholics? Can a Catholic hate an individual? Of course not. The faithful ought to wish the conversion of all their enemies. But, if an enemy continues his spree of sinful destruction of souls, one can pray for his defeat.

This is why the traditional Liturgy's prayer for enemies reads as such (in English): "O God, the Lover and Guardian of peace and charity, grant to all our enemies true peace and charity, together with remission of all their sins, and by Thy power deliver us from their wiles. Through Our Lord. Amen."

Note the words, "deliver us from their wiles." The defeat of the enemies of Christ is paramount. Partial responsibility, meanwhile, falls on the Church and the State. Cultivating moral citizens requires removing what leads them to sin.

The point is, people like Joe Biden, the Luciferian media and Marxists on the Left don't care what is right or what is wrong. They've allied with the diabolical. They view themselves as their own gods and want to burn down what God built in order to rebuild it in their own image. The catchphrase rings true, "don't negotiate with terrorists."

The Luciferian media and Marxists on the Left don't care what is right or what is wrong. They've allied with the diabolical.

When the enemy begs for justice, oblige them. Our Blessed Lord will not be returning to earth as a lamb. He will be a lion — riding from the Heavens on a white horse with a sword in his mouth to enact final judgment on the wretched nations.

Be sure to be on the right side. Petition your bishops to be brave like Pope St. Pius X — who refused to bow to modernist heresies. Elect and campaign for leaders like King St. Louis IX — who put France first and set a Christlike example for the eldest daughter of the Church.

These men of profound fortitude, piety and zeal are exactly who the faithful ought to look to for exemplary bravery. They are the pinnacle of human excellence. Be like them.

To learn more, watch today's episode of The Download — Rolling Over.