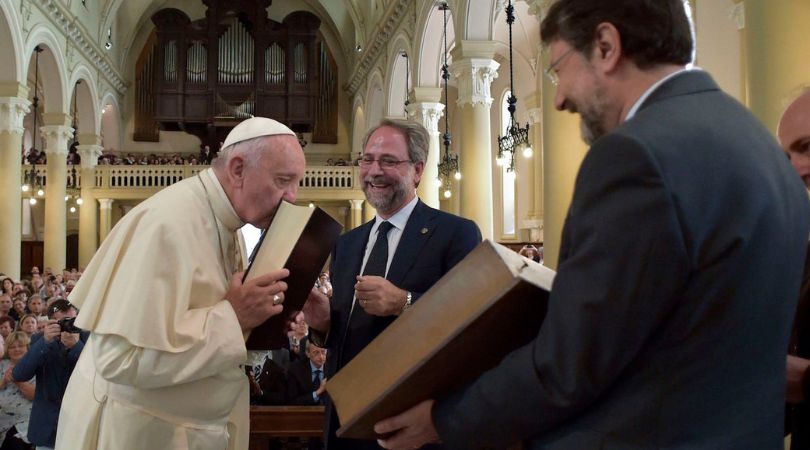 ROME (ChurchMilitant.com) - The diocese of Rome has invited pro-LGBT Protestant pastors from the heretical Waldensian sect to preach at Catholic churches during the "Week of Prayer for Christian Unity."

Dr. Daniele Garrone, president of the Federation of Evangelical Churches in Italy (FCEI) — an association of liberal Protestant denominations — will preach at Rome's main diocesan service on Thursday in the Catholic church of Santa Maria delle Grazie al Trionfale.

The ecumenical week of prayer, from Jan. 18–25, will climax with Pope Francis leading vespers in the Papal Basilica of St. Paul Outside the Walls in Rome.

Garrone is a pastor of Italy's Waldensian Evangelical Church, which permitted the blessing of same-sex unions in 2010 through an act of synod, calling it "a choice based on love as a gift from God, freely and consciously lived and chosen."

Dr. Garrone, an Old Testament scholar, claims the biblical texts that are interpreted as condemnations of homosexuality are actually condemning heterosexuals who engaged in same-sex sexual acts in order to humiliate their victims, as in the Sodom and Gomorrah story.

The biblical authors did not understand a "homosexual orientation," Garrone argues. The Levitical prohibitions against homosexuality are "a question of safeguarding roles in a patriarchal family" because there is no corresponding prohibition against lesbian sex.

The Bible does not speak of what we mean by homosexuality.

The Waldensian pastor also posits a "homoerotic relationship" between David and Jonathan, citing verses like "Jonathan was very fond of David, 'he took great pleasure in him.'"

In the New Testament, St. Paul is censuring "Greek pedophilia" and not homosexuality in his letter to the Romans, Garrone contends.

"The Bible does not speak of what we mean by homosexuality; possibly speaks of some behavior that we identify as homosexual," Garrone insists. "All the sex phobia that has characterized a large part of the Christian West has no biblical roots."

"I believe same-sex attraction is one of the aspects of sexuality that are in God's creation, which will then be managed ethically as well as my heterosexuality, by using the biblical concepts of justice and love," he concludes.

I believe same-sex attraction is one of the aspects of sexuality that are in God's creation.

Garrone has called for a secular and pluralist Italy, with the government completely abolishing the age-old privileges granted to the Catholic Church.

In 2015, the Waldensians authorized a "Liturgy for Blessing the Union of Same-Sex Couples." The liturgy, which addressed God as "father and mother" has declarations such as: "God's unpredictability offers us love in different forms" and "Whoever loves does God's will."

Sodomy Not a Sin?

The diocese of Rome has also invited Waldensian pastor Dr. Paolo Ricca to preach at the Basilica of Santa Maria in Trastevere, the most important place of Catholic worship in the ancient district of Rome and where "home churches" flourished in the apostolic period.

Ricca, a theologian and church historian, will preach on Jan. 24 at the evening prayer of the Community of Sant'Egidio — a highly influential leftwing activist organization with close links to Pope Francis.

"You ask me to tell you 'sincerely' if homosexuality is a sin, or not. I'll tell you 'truthfully' that I don't think it is, even though I know very well that the Bible considers it so," says Ricca.

"But why does the Bible consider homosexuality a sin?" Ricca asks.

Pastors from the Alleanza Evangelica Italiana — an association of conservative evangelical Italian churches who reject homosexuality as sinful — told Church Militant that they were never approached for any ecumenical ventures because of their orthodox position on sexuality.

The Vatican also chooses not to have ecumenical relations with the Assemblies of God — even though there are over 1300 AG churches in Italy, including ethnic AG fellowships with about 550 pastors, Church Militant has learned.

In the name of the Lord Jesus Christ, forgive us.

Instead, Rome allies with historically liberal Protestant denominations that are aging and have a total membership of only 71,000, while the number of conservative evangelicals has swelled to over 500,000 (including 250,000 Pentecostals) in Italy.

In 2015, the Waldensian Evangelical Church sponsored the Milan Gay Pride "so that the human and civil rights of homosexual, lesbian, bisexual, transsexual and transgender people are recognized."

Following the historic overturning of Roe v. Wade by the United States Supreme Court, Milan-based pastor Daniela DiCarlo said she was "heartbroken" because "women can no longer avail themselves of self-determination on such an important issue."

Ilenya Goss, who looks after communities in Mantua and Felonica, said the ruling would encourage the "very strong presence of 'conscientious objectors' doctors and operators" in Italy.

Letizia Tomassone, a pastor in Naples, lamented the impact the ruling would have on Italy's pro-lifers, slamming the U.S. Constitution "as "written in a period in which women, minorities, and many others were at least secondary."

Ironically, Waldo — the founder of the sect — and his disciples, were declared heretics by the Catholic Church for allowing laypeople, including women, to preach. They were excommunicated by the papal bull Ad abolendam (1184) issued by Pope Lucius III during the Synod of Verona.

"And since some, under the pretext of religion, assume the right to preach, we bind with the same bond of perpetual anathema anyone who dares to preach, in public or in private, who is interdicted, or not sent, or deprived of the authority of the Apostolic See or of the local Ordinary," the bull states.

The bull also noted that the Waldensians "dare to think and teach about the sacrament of the body and blood of our Lord Jesus Christ, baptism, confession of sins, marriage or the other sacraments of the Church contrary to what the Holy Roman Church believes and preaches."

In June 2015 in Turin, Pope Francis became the first pope to visit a Waldensian house of worship.

"On behalf of the Catholic Church, I ask forgiveness for the un-Christian, and even inhuman, attitudes and behaviors we have had against you during history," the pope said, apologizing for the Church's severe persecution of the Waldensians.

"In the name of the Lord Jesus Christ, forgive us," Francis begged. In 1487, Pope Innocent VIII ordered the extermination of the Waldensians. In 1655, over 1,700 Waldensians were killed by Catholic forces commanded by the Duke of Savoy.

"The Waldensian tenet of the priesthood of believers was an insurmountable problem and a most fundamental heresy in the eyes of inquisitors and theologians," writes Dr. Gonzalo L. Pita in his article "Waldensian and Catholic Theologies of History in the XII–XIV Centuries." 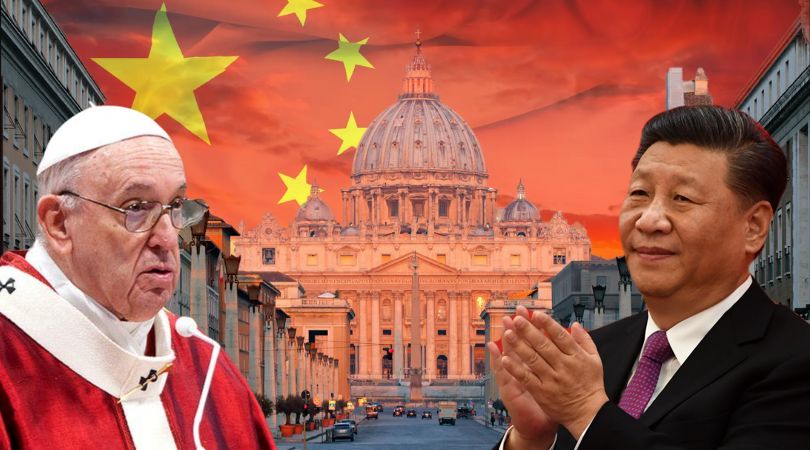