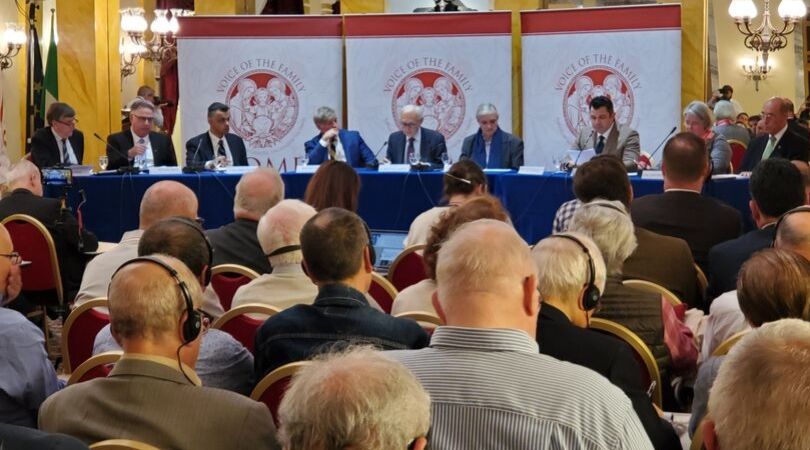 ROME (ChurchMilitant.com) - On the eve of the Amazon Synod, 10 Catholic lay leaders warned of the revolutionary designs against the Catholic faith, many of them rooted in the current pontificate. 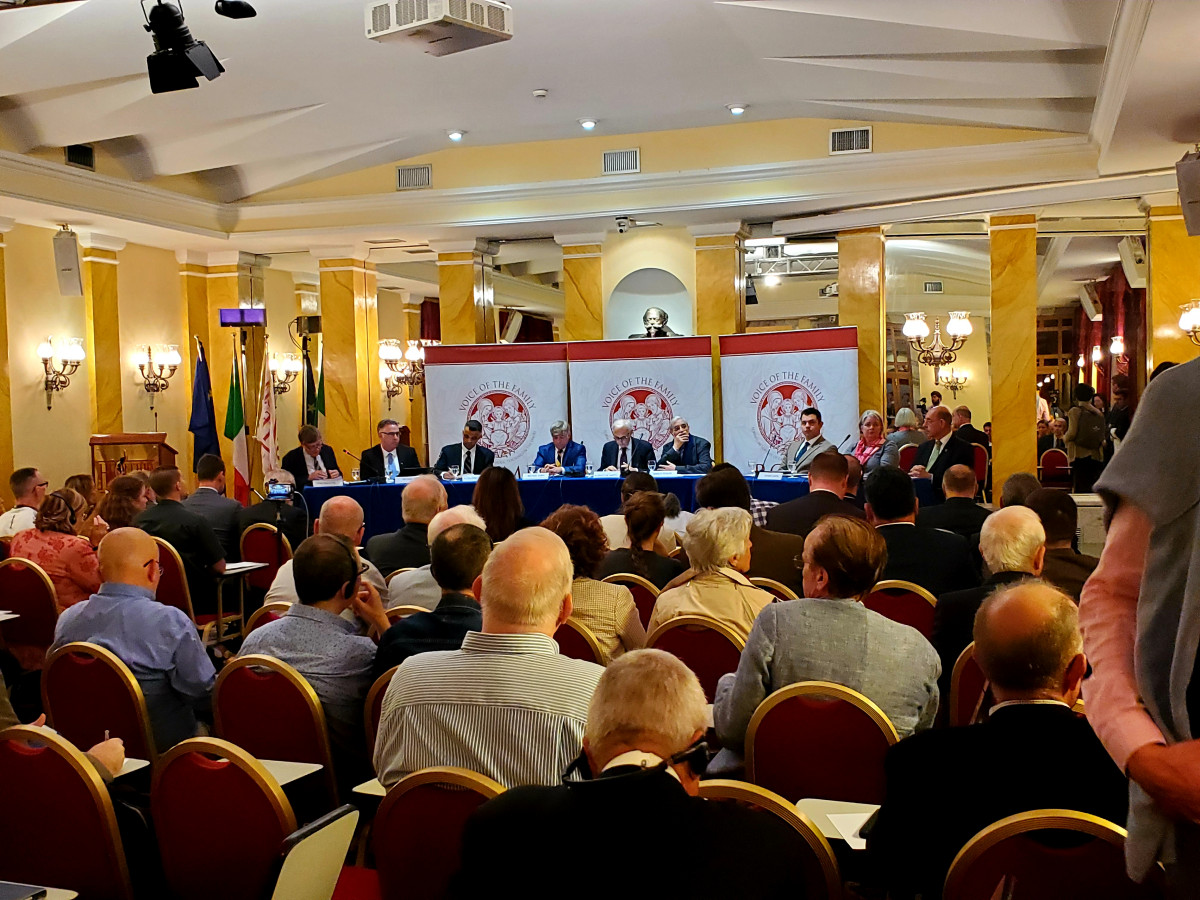 Hosted by the international pro-life group Voice of the Family, the roundtable, titled "Our Church — Reformed or Deformed?" took place Oct. 4 at the Hotel Massimo D'Azeglio, and featured a number of Catholic luminaries, including John-Henry Westen of LifeSiteNews, author Dr. Taylor Marshall, Italian Vaticanistas Roberto de Mattei and Marco Tosatti, José Antonio Ureta of Tradition, Family and Property, and Church Militant's Michael Voris, among others.

The roundtable was moderated by John Smeaton, president of the U.K.'s Society for the Protection of the Unborn.

"Pope Francis has brought such moral and political confusion to the world and the Church that he needs to recognize this and resign," said Voris in his opening statement.

"Whether he realizes it or not, the Holy Father has entangled the Church in an anti-God philosophy," Voris continued, "granting absolution to a political system that has as its primary end the overthrow of the Divine, of all that is sacred."

"There are, at this moment, two religions within the Catholic Church," he said.

The first is traditional Catholicism, he explained, and the other is "the Amazonian religion, because, as declared by the person currently governing the Church, there is a plan to give the Church 'an Amazonian face.'"


The roundtable opened with each panelist offering a seven-minute statement, followed by lively discussion among the panelists, before opening up the floor for questions.

John-Henry Westen, main organizer of the Rome Roundtable, sounded the alarm against the designs of the current pontificate.

"The faithful clergy who have fought to defend the teachings of Christ are downtrodden by the Pope, while those who seek to spread confusion and error are promoted and honored," said Westen.

"I'm not judging his motive," he clarified. "In fact, I'm assuming that he believes what he is doing is benefiting the Church. But what is plainly obvious is that what is being set up is a false Church, and a false image of Christ."

Even so, Westen makes clear he will never leave the Church, for "it is the One True Church and there is no other. We shall fight for Christ's Truth in the Church because we are ready to die for this faith."

Marco Tosatti, well-known Italian Vaticanista, focused on the pope's controversial statements made during his general audience on April 3, in which he claimed, "God has willed to permit" the existence of multiple religions — a statement made after he signed the Abu Dhabi statement, which contained the same point: "The pluralism and diversity of religions, color, gender, race and language are willed by God in His wisdom."

We shall fight for Christ's Truth in the Church because we are ready to die for this faith.

"This sentence is profoundly wrong from a Christian, and Catholic, standpoint," Tosatti said, going on to note that the Amazon Synod continues to promote this erroneous view in its working document.

There is unfortunately confirmation of this in the Instrumentum Laboris for the Amazonian Synod, to begin in the Vatican within the next few days. In this document too, the figure and role of Christ as the sole Savior and the Church as the path to eternal salvation are obscured by other concerns: ecology, listening to the indigenous tradition, the notion of the Amazon as a locus theologicus... A document judged with great severity by eminent scholars and cardinals.

Taylor Marshall, podcaster and author of Infiltratation, said the foundations of the crisis go back more than a century. 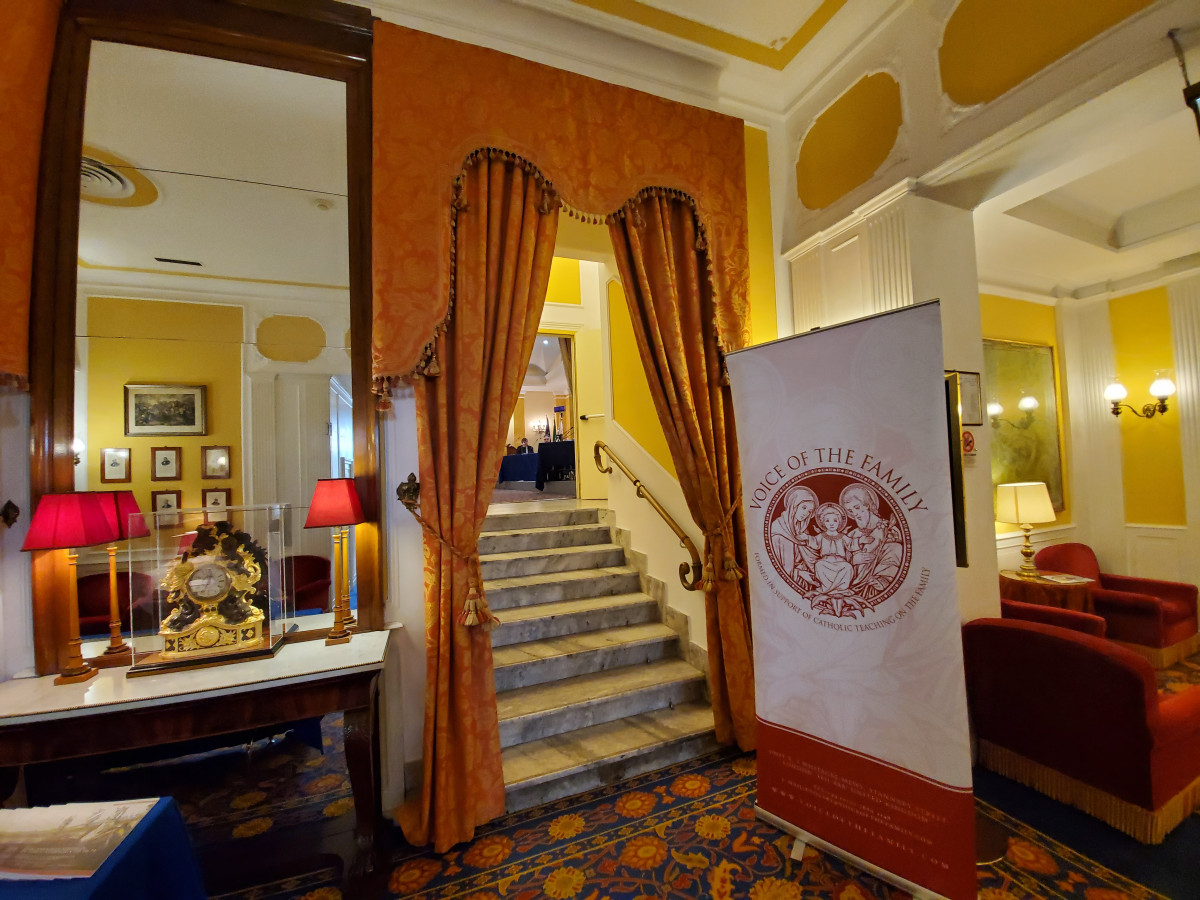 "I argue that the root of the rot extends back to an agenda put in play approximately one hundred years prior to Vatican II," he said. "It is an agenda to replace the supernatural religion of the crucified and resurrected Jesus Christ with the natural religion of humanism and globalism."

"The Catholic Church has been infiltrated from within and this infiltration goes back at least to the pontificate of Pope Pius IX," Marshall continued. "It is an attack on the supernatural faith, miracles, divine revelation, and upon the origin of our creation."

The panel discussion afterwards touched on various topics, with Marshall reminding the audience that this crisis has been in the making for a long time, many decades before the Francis papacy, while Ureta voiced disagreement with Voris in his call for the pontiff to resign, saying if he were to do so and another pope elected, we would have "three men in white" in Rome.

Voris noted that the pope himself has raised the issue of "schism" in recent remarks, and that Catholics must be prepared to deal with that if the time comes.

Pope Francis has brought such moral and political confusion to the world and the Church that he needs to recognize this — and resign.

The office of the papacy has as its specific aim a demonstration of unity in the Church – but not unity in the sense of a "majority rules," but a unity, a union, a cohesion of the Ancient Faith demonstrated in modern times — whether those times are the ninth, 16th or 21st centuries.

Pope Francis — regardless of his intentions — seems to not recognize his fundamental duty as pope; the Church does not belong to him; as it does not belong to any pope, nation or political ideology or any age. The Church is ageless precisely because it is not married to any age.

Likewise, it expresses timeless truths, truths outside of time, not dependent on time or place.

But this pope has from the earliest days of his pontificate (the opening month, in fact) moved the Church to align itself with a counterfeit kind of theology inspired by godless atheism, and in the rush to advance this, he’s surrounded himself with numerous clerical scoundrels — some who have been complicit in the performing of or cover-up of sex abuse of minors or young adults, mostly male.

The doctrine of Liberation Theology, born in the bowels of the KGB and unleashed on South America in a Soviet attempt to destabilize Catholicism on that continent, is by necessity anti-Western.

It recognized that what man today so freely tosses around as a universal concept of rights have no basis whatsoever if they are not rooted in God and His natural law.

The only "liberating" any authentic theology can accomplish is from an incorrect anthropology of man, an anthropology that enslaves him to purely modernist notions of equality being the same as justice.

Whether he realizes it or not, the Holy Father has entangled the Church in an anti-God philosophy, granting absolution to a political system that has as its primary end the overthrow of the Divine, of all that is sacred.

This system presents itself, for the necessary moment, as one rooted in a more complete understanding of God and man's relationship to the world — and this system is wrong.

This system is known by various terms and as such is a kind of political chameleon — able to adapt in appearance to whatever registers most favorably in a given survey, or the latest poll.

Whether it goes by the name of Socialism, Globalism, Liberation Theology, Environmentalism or others, it is the same movement just viewed through a different prism. And at the core is an elevation of man or creation over God, pretending that God the Creator is desirous of this.

Furthermore, the very notion of speaking in terms of the Church as a pusher of globalist talk is repugnant to Catholic ears and sensibilities — as it is, or would be, if the Universal Church were spoken of in terms of a Capitalist Church or Socialist Church or Environmentalist Church.

The divinely constituted Church is larger than any man-made political system and therefore cannot be contained within any man-made, passing, temporary system or philosophy.

The Church owes obeisance to no earthly order, which indicates and presupposes that the temporary bishop of Rome, whoever he may be at a given time, likewise owes nothing to the world other than proclamation of Eternal Truth.

This current pontificate has lost nearly all sight of its obligation to the world, which is to lead the highest of all God’s creation to the Creator, toward salvation.

The entire purpose of this so-called Amazon Synod is to complete the work of revolutionaries within the Church who began their undermining of the Church many decades ago.

Since Pope Francis, far from having attempted to prevent this evil, has actually contributed to it, sensible faithful Catholics, be they political conservatives or not, Americans or not — for those are all categories far more confining in scope than our shared love of the Ancient Faith — we assert that Pope Francis has forsaken his sacred duty and needs to step down.

This becomes more and more clear with each passing pronouncement, exhortation, consistory, ecclesiastical appointment, shuffling of the Curia and so forth.

Pope Francis and his clerical allies are creating a globalist organization with a Catholic-appearing face. What is emerging is not Catholic. The façade should be dropped and for once truth be allowed to prevail. 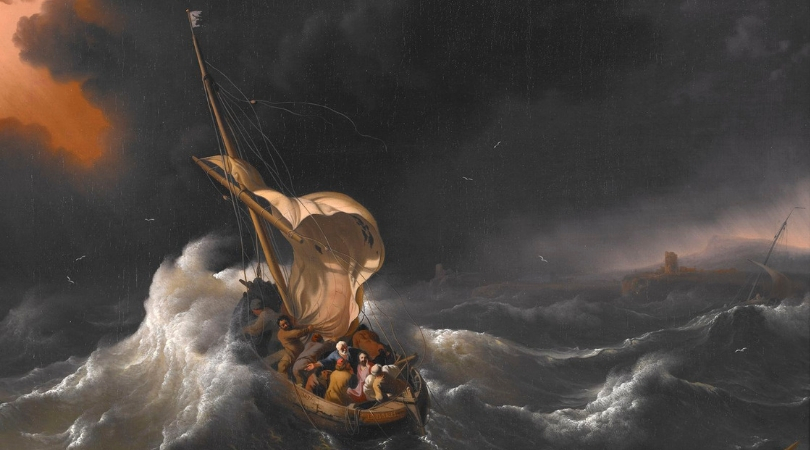 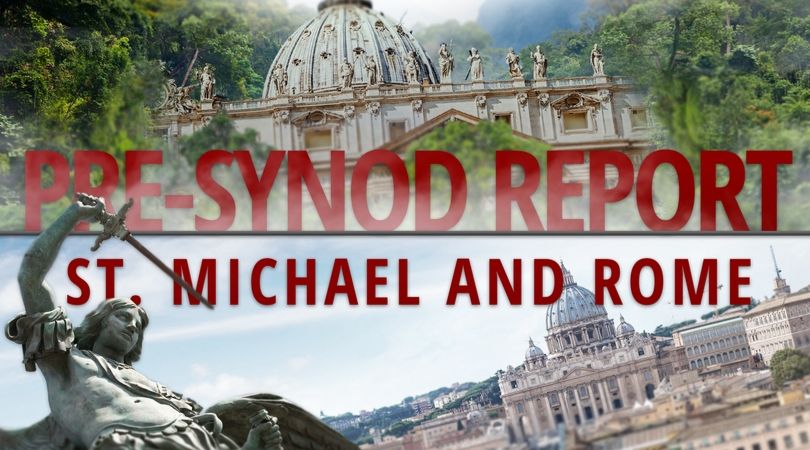