WASHINGTON (ChurchMilitant.com) - Speculation is heating up over the next Supreme Court vacancy.

Talking to an Iowa newspaper Thursday, Iowa senator Chuck Grassley said, "I would expect a resignation this summer."

Grassley said that President Trump's next nomination would most likely come from the same list of 21 judges from which his first nominee, Neil Gorsuch, was chosen. The list comes with the imprimatur of the Federalist Society, a libertarian, pro-business organization that serves as a gatekeeper for how conservative jurisprudence is defined.

Now that only one seat separates the overturning of Roe v. Wade, conservatives are anxious for another new appointment.

Three of the Court's five pro-abortion justices are edging up in years. Anthony Kennedy is turning 81 this summer, while Justice Ruth Bader Ginsburg is 84, and Justice Stephen Breyer is 78. The oldest conservative on the Court is Clarence Thomas at 68.

Republicans have a long history of muddling Supreme Court picks, and some Trump advisors are proposing they continue this trend. Supposed "Trump confidante" and Newsmax CEO Chris Ruddy has suggested Trump should nominate Obama pick Merrick Garland to the Supreme Court as a bipartisan gesture to Senate Democrats. The alleged slighting of Garland, who was proposed by President Obama but never received a vote in the Senate, was a large point of contention during Gorsuch's confirmation hearings.

Gorsuch himself showed sympathy for Garland, a liberal who was nevertheless eminently qualified for a Court position. Garland was, in fact, the first person Gorsuch called after hearing President Trump had nominated him for the Court out of respect for the liberal judge.

But now that Republicans have used the "nuclear option" for Supreme Court picks, Republicans do not need to reach across the aisle in order to get the simple majority they need for a Supreme Court appointment. John Zmirak lambastes the idea of nominating Garland, saying it would be a sign of "pitiful weakness" on Trump's part.

If Trump were to nominate a pro-abortion liberal, Senate conservatives would have little recourse now that the 'nuclear option' has stripped them of the filibuster.

But Republicans have already wavered on the pro-life claims they made during the campaign. Paul Ryan has punted on a bill defunding Planned Parenthood (PP) after the failure to pass a healthcare bill in March. In addition, female Republican senators have joined the Democrats in supporting PP on a question over state funding of the abortion giant. And on Monday, Nevada Republican Sen. Dean Heller told a raucous town hall meeting that he would not vote to defund PP — a position he flip-flopped on a short time later.

Abortion has never been a centerpiece of Trump's agenda, and in fact he said positive things about PP during his campaign. And as the liberals in Trump's cabinet have gained authority, and Trump has blamed congressional conservatives for the failure of his healthcare bill, it would not be surprising if he might nominate Garland or someone like him in an attempt to form a centrist coalition.

More than this, if Trump were to nominate a pro-abortion liberal, Senate conservatives would have little recourse now that the "nuclear option" has stripped them of the filibuster.

In the meantime, a nation formed after overthrowing a king can only wait for the next death or resignation of a lifetime-appointed jurist. 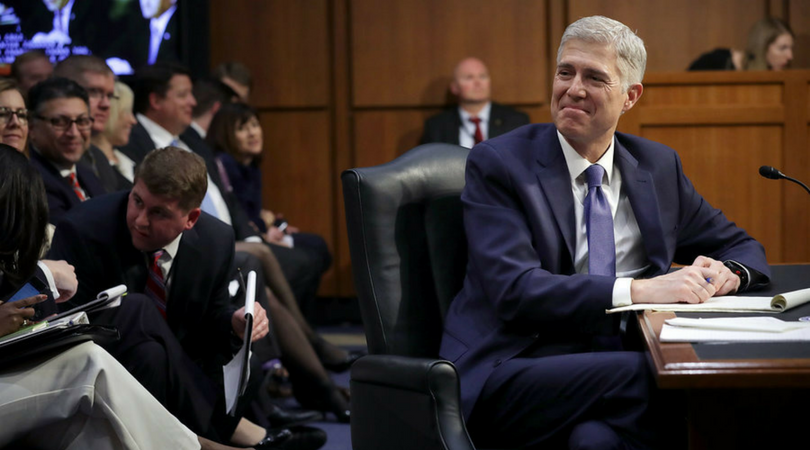 Dems Up the Ante in Gorsuch Battle
By Church Militant   •   0 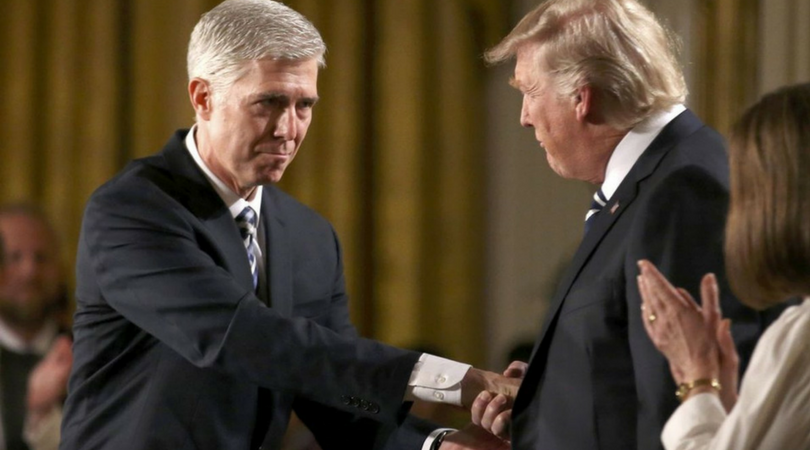