ANKARA (ChurchMilitant.com) - World leaders and organizations have denounced the assassination of Andrey Karlov, the Russian ambassador to Turkey.

President-Elect Donald Trump condemned the murder of Karlov in an official statement. "Today we offer our condolences to the family and loved ones of Russian Ambassador to Turkey Andrei Karlov, who was assassinated by a radical Islamic terrorist. The murder of an ambassador is a violation of all rules of civilized order and must be universally condemned," Trump said.

President Obama has yet to issue a statement directly commenting on the attack, although National Security Council spokesman Ned Price, speaking for the White House, said, "The United States strongly condemns the assassination of the Russian Ambassador to Turkey, Andrei Karlov, in Ankara today, which reportedly also left others wounded."

Shortly after being briefed on the assassination, Obama, currently vacationing in Hawaii, was seen golfing.

Pope Francis sent a telegram to Putin Monday offering his condolences. "His Holiness sends condolences to all who mourn his loss, and in a special way to the members of Ambassador Karlov's family," the official statement read.

The UN Security Council (UNSC) also condemned the murder. "The members of the Security Council condemned in the strongest terms the terrorist attack in Ankara, Turkey, on 19 December, which resulted in the assassination of the Ambassador of the Russian Federation," the UNSC said.

The Russian ambassador to Turkey, Andrey G. Karlov, was assassinated on December 19. Karlov was murdered while giving a speech in Ankara at an art exhibit close to the U.S. Embassy.

He was reportedly shot by a 22-year-old Turkish police officer who was off-duty at the time. After the shooting, the assailant shouted, "Don't forget Aleppo. Don't forget Syria. Unless our towns are secure, you won't enjoy security. Only death can take me from here. Everyone who is involved in this suffering will pay a price." He also yelled, "Allahu Akbar!" ("God is great!").

He went on to shout, "Those who pledged allegiance to Muhammad for jihad. Allahu Akbar!"

Three others were injured in the attack.

After the attack, fears of a possible World War III triggered by the murder were expressed online by various political commentators. Bill Kristol, editor of the Weekly Standard, tweeted that the attack had "something of an alarming 1914-ish feel to it." World War I was sparked by the assassination of Archduke Franz Ferdinand of the Austro-Hungarian empire by Gavrilo Princip in Sarajevo, Bosnia.

John Schindler, a national security strategist, tweeted, "I have never expected — much less wanted — my expertise in the Sarajevo 1914 assassination & coming of #WW1 to be too relevant."

These fears have been calmed by the response of the Russian and Turkish presidents, who are characterizing this as a terrorist act. Putin commented Monday,

The crime that was committed is without doubt a provocation aimed at disrupting the normalization of Russian-Turkish relations and disrupting the peace process in Syria that is being actively advanced by Russia, Turkey and Iran. There can be only one answer to this — stepping up the fight against terrorism, and the bandits will feel this.

Recep Tayyip Erdogan, president of Turkey, remarked, "We know that this is a provocation aiming to destroy the normalization process of Turkey-Russia relations. But the Russian government and the Turkish republic have the will to not fall into that provocation."

Not all are convinced, however. Nic Robertson of CNN wrote,

The assassination of a Russian diplomat at the very least tarnishes his reputation at home of executing a Syrian war, mostly without any Russian loss.This murder, regardless of who is responsible and whatever the motivation, places Erdogan in hock to Putin, clouds the relationship, and at worst, amps up an already volatile and tense situation.

Merve Tahiroglu, with the Foundation for Defense of Democracies, also gave her analysis of the murder's effect on Russian-Turkish relations."Both Ankara and Moscow will likely downplay Monday's attack to maintain the ties they only re-established in June. But it is clear now that the Turkish and Russian people have not forgotten the rhetoric of their governments from the period when ties were strained," Tahiroglu wrote.

This is the first murder of a Russian diplomat since Pyotr Voykov, the Soviet ambassador to Poland, who was assassinated in Warsaw in 1927. The attack was carried out the day before the Turkish foreign minister, Mevlüt Çavuşoğlu, was scheduled to be in Moscow for talks with Russian and Iranian officials on the situation in Syria.

Those behind the attack "were seeking to derail the process of normalizing Russia-Turkey ties primarily with a goal to prevent an efficient fight against terrorism in Syria," said Sergey Lavrov, the Russian foreign minister. 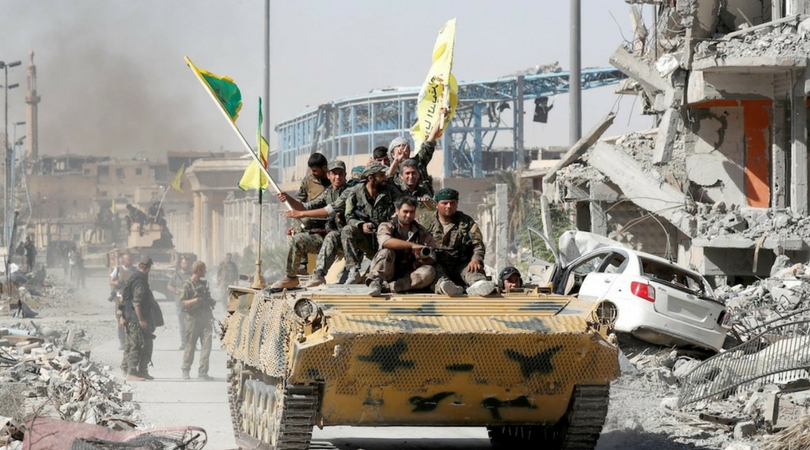