DeLand was arrested twice earlier this year in two separate cases involving sex abuse of young men. The 71-year-old priest was judicial vicar and served as a judge on the marriage tribunal for the Saginaw diocese. In district court before Judge Darnell Jackson Tuesday, DeLand pleaded no contest to all six felony charges and one misdemeanor, foregoing a jury trial that had originally been scheduled to start Wednesday.

In comments to Church Militant, Assistant Prosecutor Mark Gaertner said DeLand probably pled that way "because of the quality of the investigation. It was professional, it was fair, we put a high emphasis n the audio and video recordings because we knew that would be the damning evidence."

One of the victims, a 17-year-old, had cooperated with law enforcement, allowing himself to be wired during a covert operation. The audio recordings captured conversations in which DeLand offered him alcohol and illegal drugs.

"I'm never happy with any outcomes in a case like this, because this should've never happened," Gaertner said. "A Catholic priest should never have engaged in this type of misconduct. So are we happy? No, we're sad; we're sad that it had to come to this, because this was a violation of trust."

Gaertner's office had launched a criminal probe of the Saginaw diocese shortly after DeLand's first arrest in February, after a number of tips came in accusing multiple Saginaw priests of sex abuse. The investigation included a surprise raid on the chancery, cathedral rectory and the home of Bp. Joseph Cistone, whose electronics were seized and are currently undergoing examination by a computer crime unit.

Detective Brian Berg from Tittabawasee Township, where two of DeLand's crimes occurred, told Church Militant, "Our case was solid, we had real good audio evidence, video evidence; we weren't worried about having a weak case."

They were, however, concerned about making the victims relive the trauma of sex abuse, which would take place in a lengthy jury trial.

"In my opinion, it worked out good," Berg told Church Militant. "They [the victims] don't have to go through this anymore; they can start the healing process."

One of the victims who worked with Berg during the undercover investigation, a 17-year-old male, had first been accosted by DeLand at Freeland High School when he was in 10th grade. He was grieving over the suicide of a friend, and DeLand took the student under his wing, offering to pay for grief counseling. He later invited him to his condo, where DeLand offered him alcohol and drugs, and sexually assaulted him.

The same victim is pursuing a civil lawsuit against DeLand and Bp. Cistone, whom he accuses of covering up and facilitating the priest's abuse.

Another victim, an 18-year-old male, was assaulted by DeLand in the coat room of St. Agnes Parish (where DeLand was pastor) in the middle of a memorial service for the suicide victim.

According to a press release from the Saginaw prosecutor's office, "Judge Jackson indicated he would sentence Deland to one year in jail without the possibility of release on tether. ... Deland also will receive a five-year probation term, which is the longest possible by law, and will be required to register as a sex offender."

In the wake of the Pennsylvania grand jury report, which revealed 301 accused predator priests in six dioceses, both the Illinois and Missouri attorneys general have launched their own investigations into the Catholic Church. Asked whether he favored the idea of more state investigations into dioceses for sex abuse cover-up, Gaertner said, "The law applies to everybody. Doesn't matter if you're a person of influence, such as a Catholic priest, or somebody who's caught in a bad part of town. ... Your status doesn't matter."

Gaertner made clear the criminal investigation is far from over, and that the prosecutor's office is still actively pursuing Bp. Cistone and the Saginaw diocese for allegations of sex abuse and cover-up. 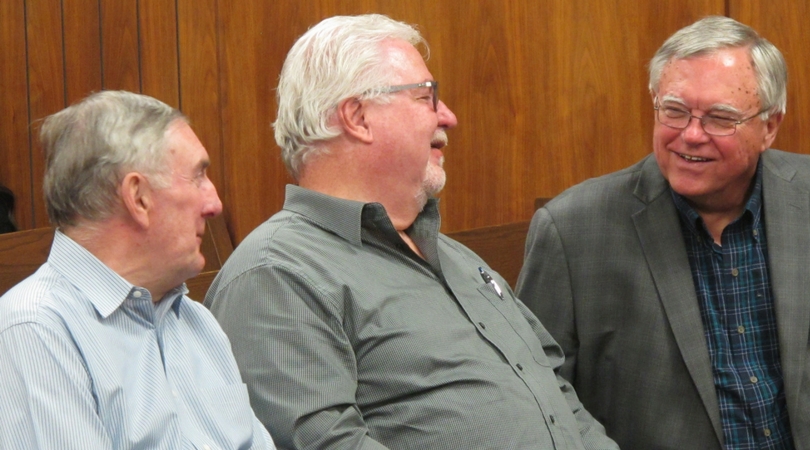