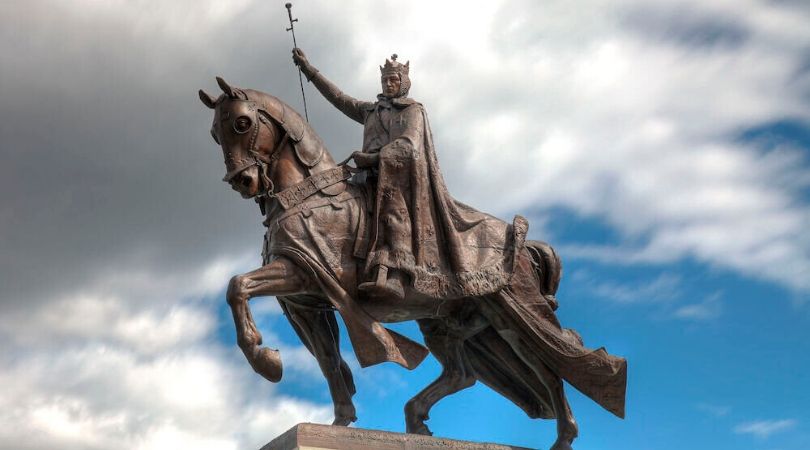 DETROIT (ChurchMilitant.com) - A direct descendent of the historic King of France, St. Louis IX, is denouncing attacks on the saint's statue while praising courageous Catholics for defending it.

Prince Bertrand of Orléans-Braganza, an imperial house of Brazil, traces his lineage back 22 generations to the medieval monarch St. Louis. In a videotaped message posted on Sunday, the Catholic prince told Americans defending the saint's statue in the namesake city of St. Louis, Missouri, the assault is symbolic of the war on Christendom.

"The recent attempt to tear down the beautiful statue of St. Louis in St. Louis, Missouri illustrates how order and tradition are under attack," said Prince Bertrand. "Christian civilization is under attack. Ultimately, our Lord Jesus Christ is under attack."

Echoing a similar sentiment in written remarks, Orléans-Braganza asserted that a movement of radicals "want to tear it [the St. Louis statue] down as part of a worldwide movement to destroy everything that represents Western civilization. This hate campaign now extends to Catholic saints and includes good king St. Louis IX."

As a descendant of St. Louis, I was profoundly moved to hear that Catholics frequently gather at his monument in Forest Park, St. Louis, to pray the Rosary and defend this symbolic and historical landmark. By remembering him with a statue, we do more than honor his memory. We recognize humbly that, through God's mercy, good and holy leaders can exist again. Saint Louis challenges us to act with wisdom and courage.

Andrew Thompson-Briggs, one of the Catholic organizers of the daily Rosary gatherings, told Church Militant, "We were all very edified by the Prince's remarks. They were a reminder this battle is universal, with roots in the Fall. Coming from a direct descendent of St. Louis, the words were especially meaningful and created almost a supernatural tie to the saint's presence."

The group will be discussing how they can personally thank Prince Bertrand for his words of encouragement. Asked to provide an update on the daily Rosary gatherings, Thompson-Briggs said at least 500 clergy and laity attended the Sunday evening gathering in which the kneeling faithful prayed 15 decades of the Rosary, processed Our Lady of Fatima and experienced what Thompson-Briggs called "a foretaste of the reign of Mary."

Local media has not shown much interest. "No violence," Thompson-Briggs speculated.

The complaints against the statue spring from local radicals' demand that a medieval king should have their cultural sensibilities. Writing in First Things, Saint Louis University Professor Thomas F. Madden, a noted expert on the Crusades, explains the problem.

"As a medieval historian, I always cringe when medieval people are judged by modern standards. Their world was very different from our own," observed Madden. "Yet the virtue and piety of St. Louis IX of France have always seemed to transcend his age."

And that was precisely the point Prince Bertrand made about his historic family member:

The most important quality of my ancestor was his sanctity. St. Louis IX was a holy king who loved God and the Blessed Mother. He avoided all sin and practiced heroic virtue. He spent long hours in prayer, fasted and prayed much. The king said he prayed long into the night so that France might sleep tranquilly. Everywhere he encouraged the practice of the Faith and endowed religious institutions and churches.

Umar Lee, a Muslim convert and organizer of the petition to have the statue removed and the city renamed, mocks St. Louis for his failed Crusade. According to experts like Madden, however, even in failure, the saint was heroic.

After his defeat, Madden relates, "Louis refused to don the rich regalia of the French crown, dressing simply and living humbly for the rest of his life. He was the sort of person ... whose reputation for piety and virtue was so great that contemporaries had no doubt he would one day be a saint. He was canonized in a record 27 years."

Prince Bertrand closed with a warning to Americans, "Let us keep the statue, lest we lose the highest of standards — those of Christian civilization — and tumble into chaos and anarchy." 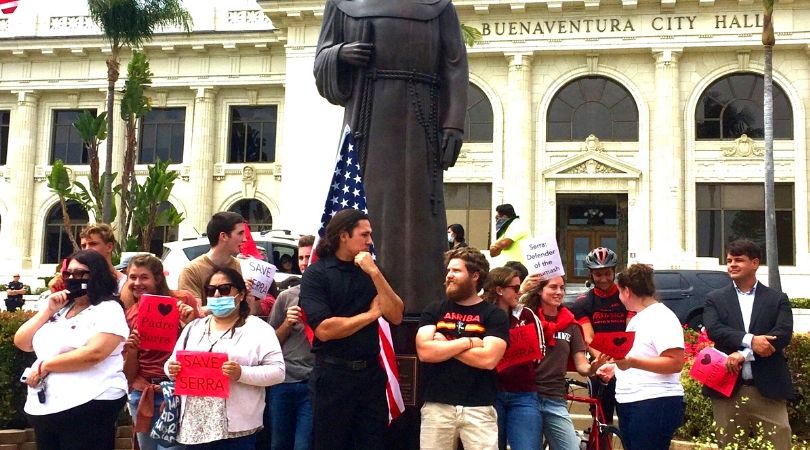